SHEBOYGAN — The Wisconsin National Guard dispatched a team to a senior living facility in Sheboygan on Sunday, April 5 to establish a mobile testing site and perform COVID-19 specimen collection. This, as officials with the Sheboygan County health officials reported 10 confirmed cases associated with a COVID-19 outbreak at the Sunny Ridge Nursing and Rehabilitation Center.

Health officials said Sunday a second person died in connection with this outbreak.

Health officials announced Saturday they immediately partnered with the Wisconsin Department of Health Services after they were initially notified of two confirmed cases on March 31.

As of Saturday, contact investigations to identify and follow-up with staff and residents who had close contact with the confirmed cases had been completed, health officials said, noting that after the initial set of contact tracing, staffing at the facility became extremely limited, with more than 30 staff members needing to isolate or quarantine for a period of time. Health officials also noted immediate needs for personal protective equipment. 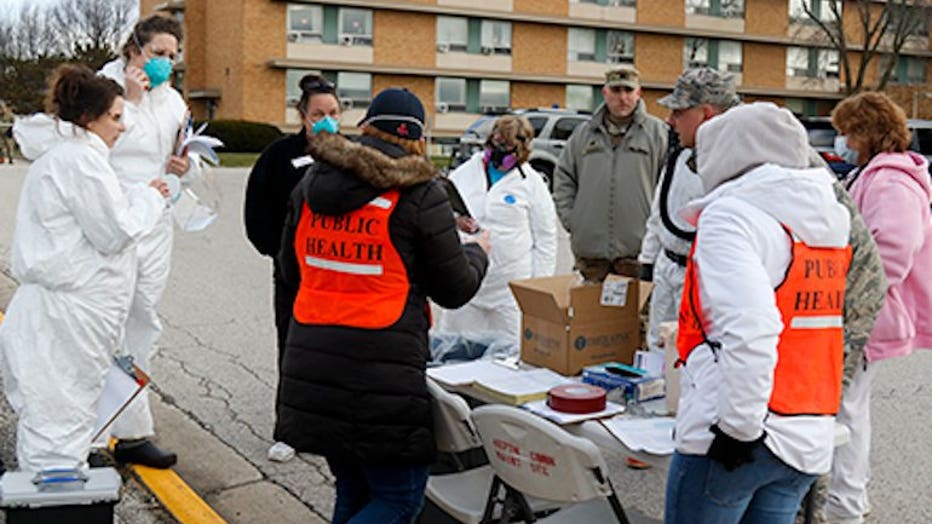 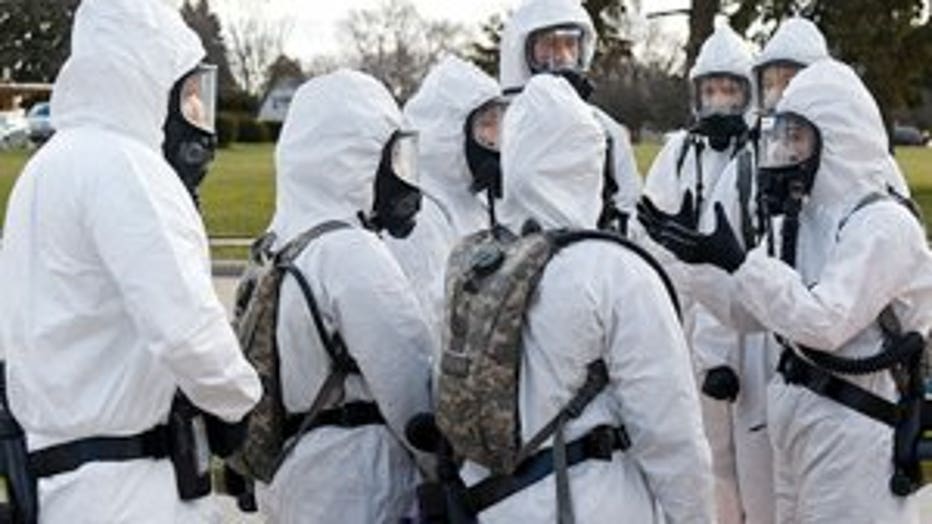 Wisconsin National Guard Soldiers and Airmen discuss safety procedures while preparing for testing that will take place for the staff and residents at Sunny Ridge Nursing and Rehabilitation Center in Sheboygan, Wis. on April 5, 2020. More than 300 Wi

To help stop the spread, DHS officials prioritized a process to test the staff and residents at the facility with help from the Wisconsin National Guard. That process began on Sunday, April 5.

Approximately 30 citizen soldiers and airmen arrived early Sunday morning at the Sunny Ridge Nursing and Rehabilitation Center, where they tested facility staff and residents in support of the DHS and the Sheboygan County Division of Public Health.

The troops, among the approximately 350 mobilized to state active duty in March after Gov. Tony Evers declared a public health emergency on March 12, began training to establish mobile testing sites for specimen collection over the past two weeks. The group consists of soldiers and airmen from the Wisconsin Army National Guard’s Whitewater-based 457th Chemical Company, the Waukesha-based 135th Medical Company and the Wisconsin Air National Guard’s 115th Fighter Wing in Madison.

The Wisconsin National Guard established drive-thru specimen collection for facility staff before moving inside to collect samples from residents in support of the Sheboygan County Division of Public Health.

“Testing like this is prioritized from the Wisconsin Department of Health Services and really what we’re trying to do is stop further spread of outbreaks of CVOID-19 within this facility,” Libby Jacobs, with the Sheboygan County Department of Health and Human Services said in a news release. “Having testing of both staff and residents will help us quantify and reduce further spread of COVID-19 in both the staff, residents and within the community. The National Guard is coming in and helping us with the manpower, with both medics as well as decontamination. They’re staffed to help provide that testing and the coordination related to getting all of these residents and staff-tested, as well as collecting specimens in a timely manner.” 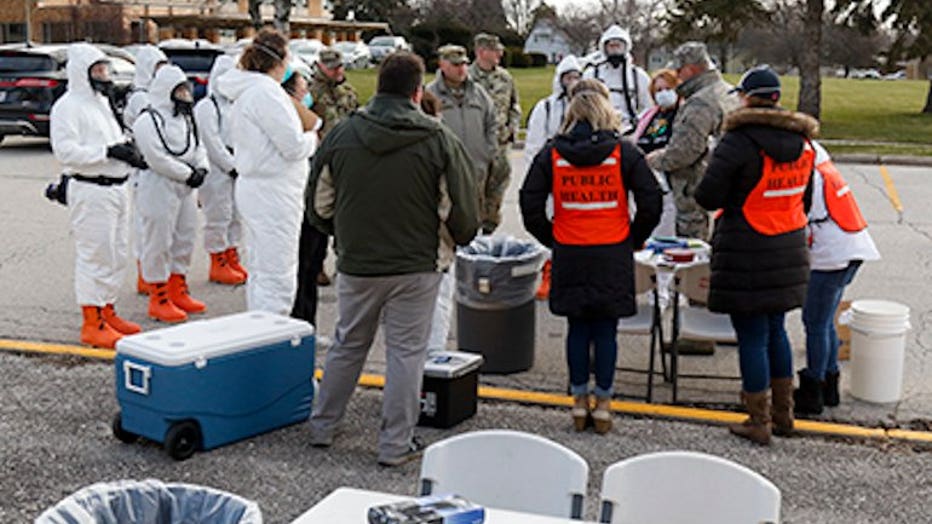 “We have a joint task force comprised of the Army National Guard, Air National Guard and civilian entities such as county and state resources,” Beck said in the release. “The objective is to collaborate together and overall help as many patients as possible. This is providing resources to people who don’t have these resources or people who would not be able to regularly afford these resources."

The release said the guard’s specimen collection mission in Sheboygan represented the latest in the Wisconsin National Guard’s ongoing role in support of the state’s response to COVID-19. 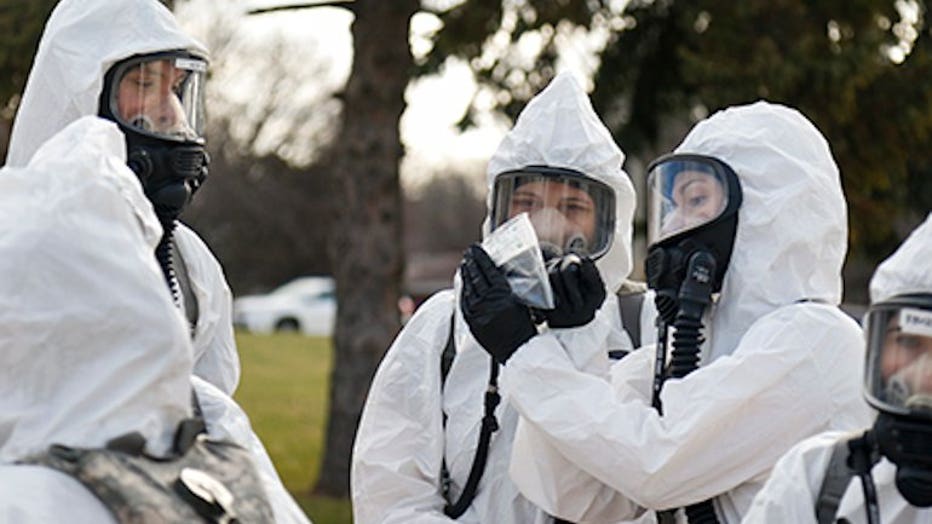 Wisconsin National Guard Soldiers and Airmen discuss safety procedures while preparing for testing that will take place for the staff and residents at Sunny Ridge Nursing and Rehabilitation Center in Sheboygan, Wis. on April 5, 2020. More than 300 Wi 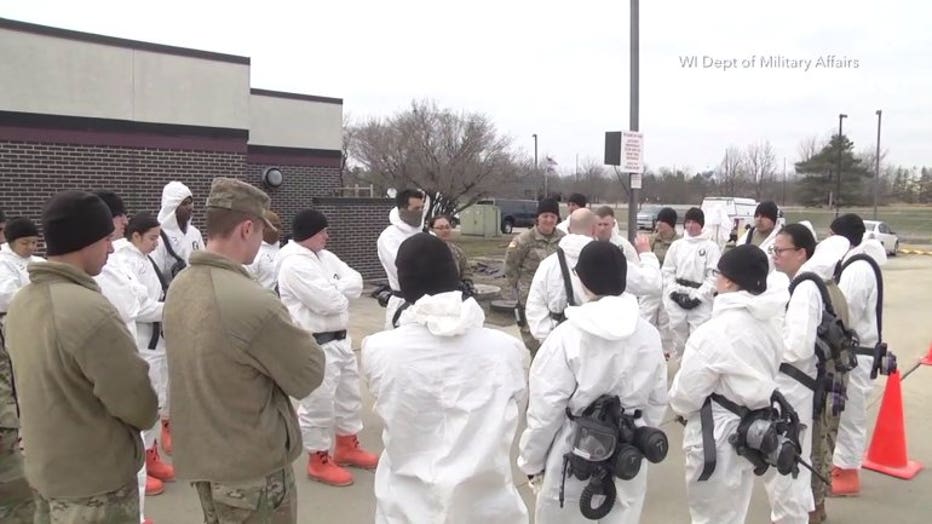 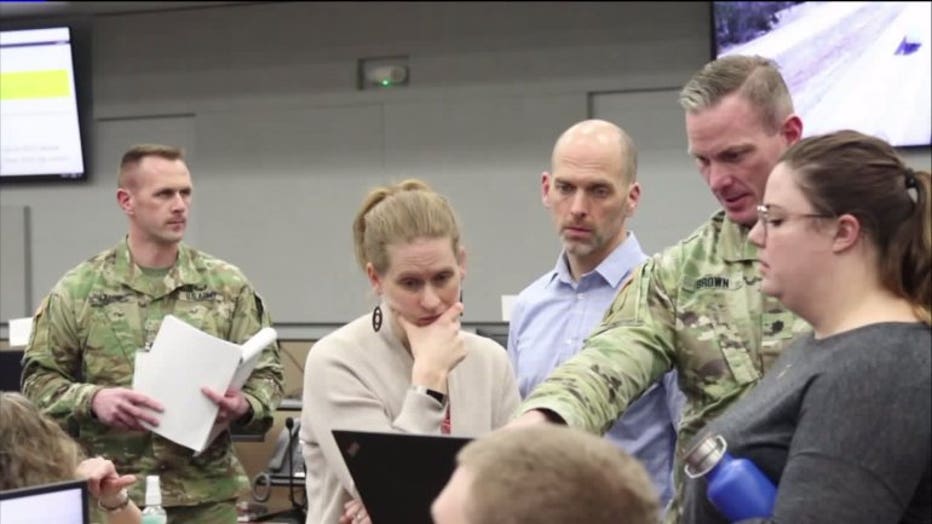 Meanwhile, the Wisconsin National Guard is actively supporting the Wisconsin Elections Commission in multiple ways: Procuring and distributing supplies such as wipes, hand sanitizer and spray bottles to polling sites needed to ensure a safe and sanitary election April 7, and a still yet-to-be-determined number of National Guard troops are in the process of mobilizing to state active duty to serve as poll workers in the face of a shortage of volunteers across the state.

Wisconsin National Guard troops are simultaneously conducting warehousing operations in support of Wisconsin DHS where they are receiving personal protective equipment shipments at warehouses, repackaging it and then distributing it to sites that need PPE. 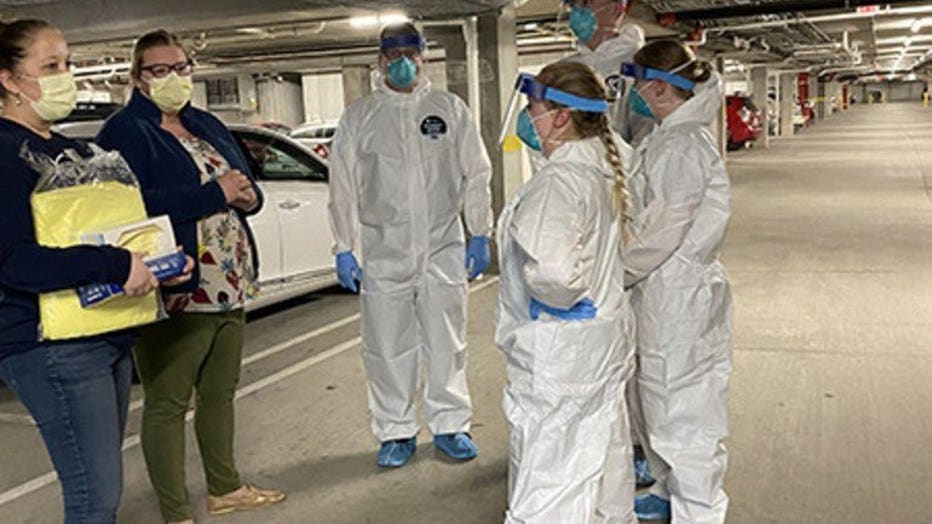 A team of six Wisconsin National Guard medics also augmented the staff at a senior living facility in Grafton, Wisconsin, for three days in March while the facility dealt with a staffing shortfall after a COVID-19 outbreak there. 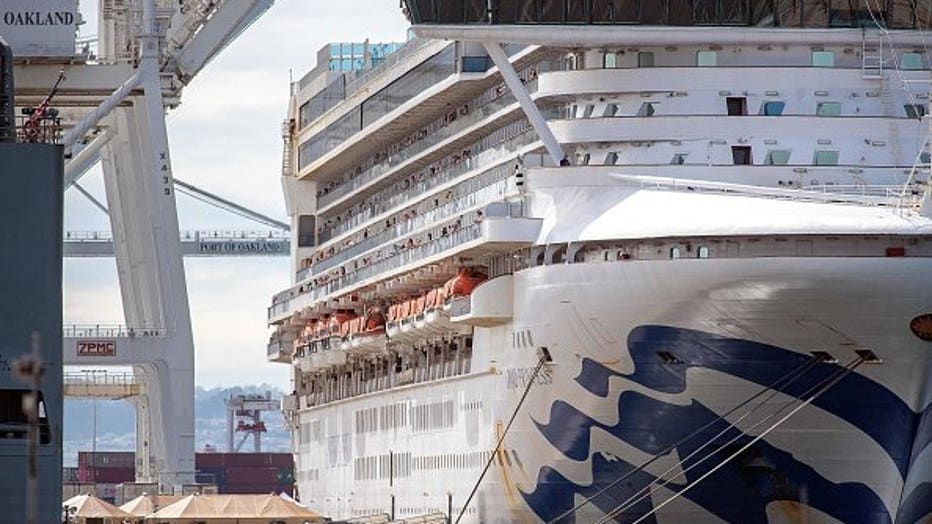 Also in March, a team of 30 Wisconsin National Guard personnel assisted DHS in transporting a group of Wisconsin citizens back to their homes after they returned to our state from a cruise ship that had confirmed cases of COVID-19 onboard.