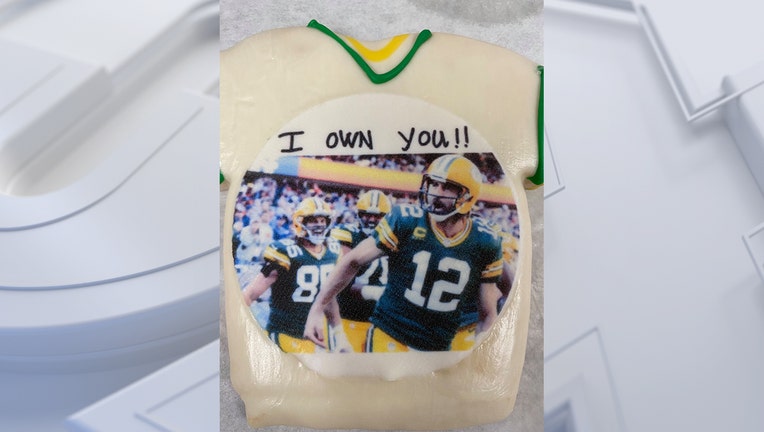 "I own you" cookie after Aaron Rodgers muttered phrase during Packers win over Bears. (Photo courtesy: National Bakery & Deli)

MILWAUKEE - National Bakery & Deli is getting in on the Packers-Bears rivalry with a sweet treat.

The business posted on its Facebook page that an Aaron Rodgers "I own you" cookie went on sale Tuesday, Oct. 19. Supply was limited – much like Bears victories when Rodgers is on the field.

Rodgers scrambled into the endzone for a game-sealing touchdown Sunday, Oct. 17 at Soldier Field. While celebrating, cameras picked up the reigning NFL MVP directing comments toward the stands after a woman allegedly gave him a "double bird."

"I've owned you all my (expletive) life!" Rodgers shouted. "I own you, I still own you."

On Sunday, someone changed the Chicago Bears' page on Wikipedia to list Rodgers as the team owner. It was changed back within minutes. 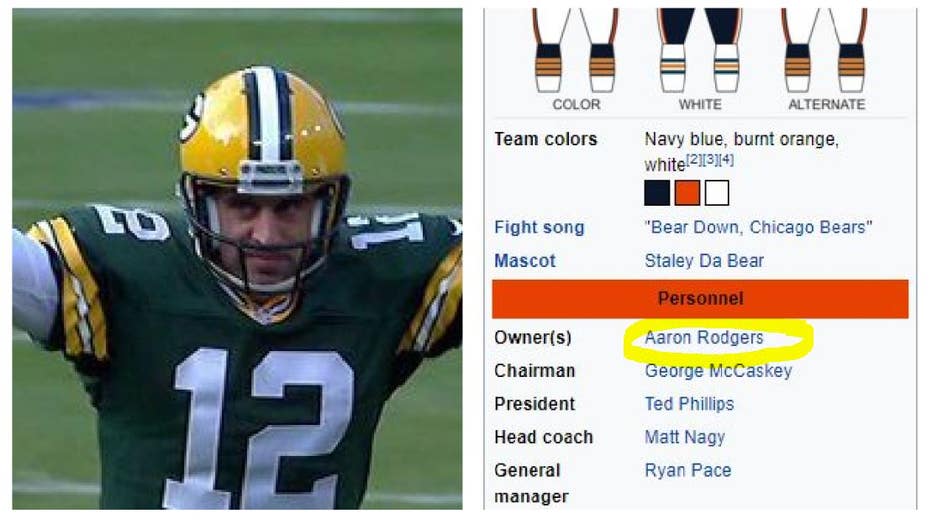 For hours and locations, visit nationalbaking.com.