Man headed to trial in Village of Summit pursuit, standoff

Man headed to trial in Village of Summit pursuit, standoff 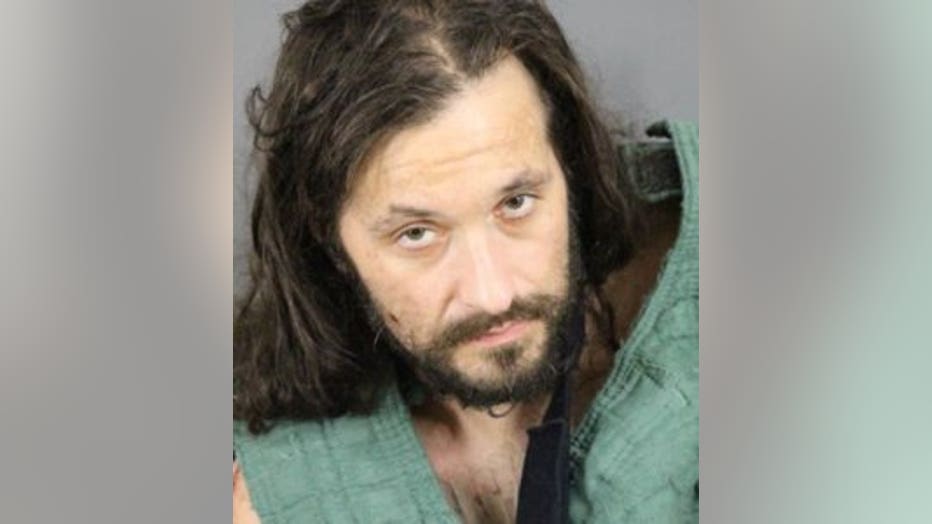 WAUKESHA -- The man charged in connection to a pursuit and standoff that shut down the interstate in Waukesha County is headed to trial. A plea deal was rejected on Friday, Feb. 7 -- he will head to trial.

Nathan Halfmann faces seven charges including theft and possession of a firearm by a felon. He pleads not guilty, but his attorney argues someone else is at fault, too -- the police.

"The DA wasn’t willing to offer something Mr. Halfmann was willing to accept," said Russell Jones, Halfmann's attorney. "Quite frankly, (Halfmann) believes that he’s innocent in a lot of the charges and wants a trial."

In June 2019, police say Halfmann and an alleged accomplice -- Kalin Sunde -- led law enforcement on a chase in a stolen van. Sunde was seen on Facebook live negotiating with police as their five-hour-long standoff in Waukesha County shut down I-94 near Highway 67 in the Village of Summit. 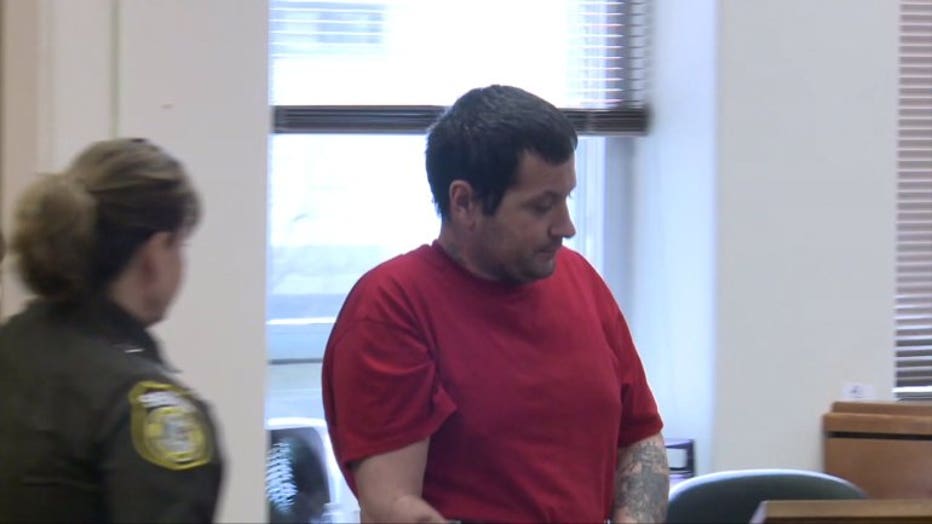 A crisis negotiator indicates Halfmann was "demanding water and cigarettes" and, at one point, said there was a 2-month-old baby with them in the car. There wasn't.

Tear gas was used to get them out of the car. Deputies say Halfmann pointed a small black semi-automatic handgun at law enforcement. Halfmann was shot twice by police as he ran from the van. Jones said those actions will feature heavily in the trial. 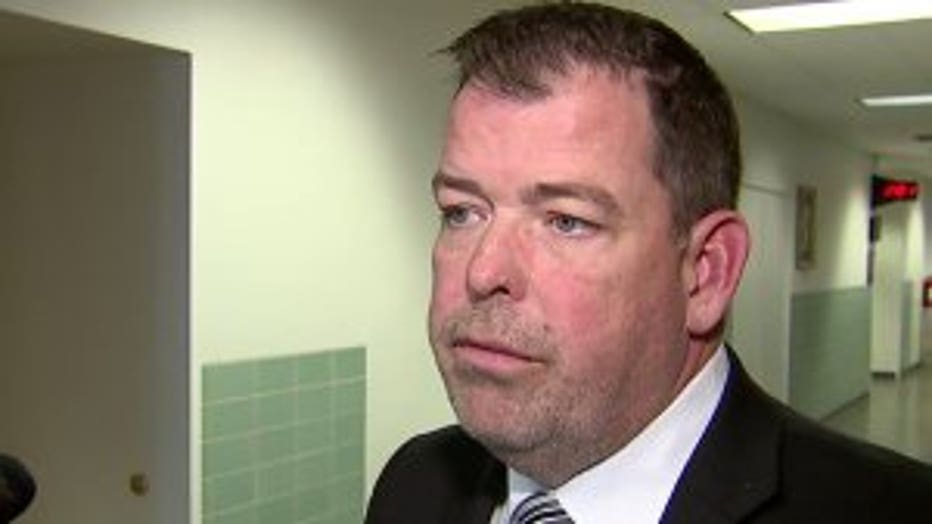 "He's willing to be accountable for what he did, but there are a lot of issues with respect to the police and what they did," said Jones. "They need to be held accountable as well."

The next time Halfmann appears in court, it will be through video monitoring. He is currently serving a sentence at Dodge Correctional Institution for a separate case.

Sunde was accused of stabbing K-9 Officer Justice using an underwire from her bra. Sunde was sentenced in October to five years in prison and six years of extended supervision. 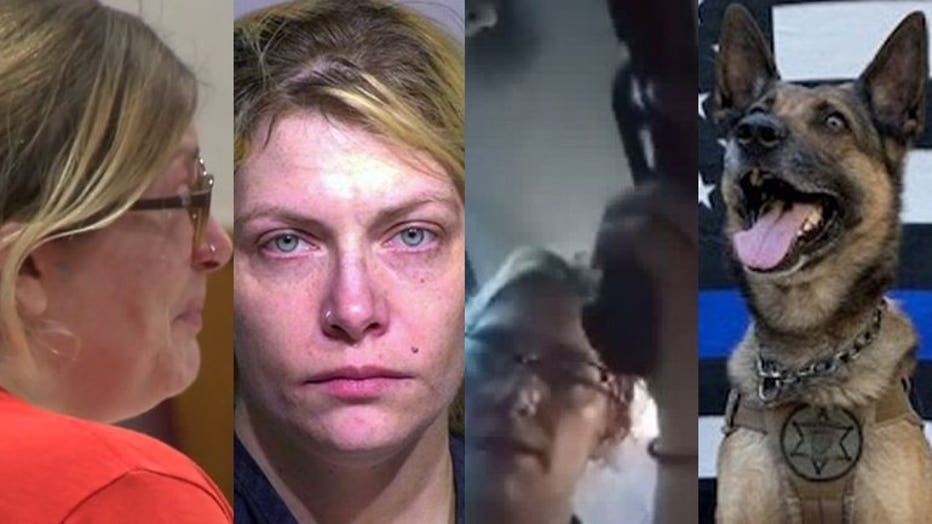 According to the criminal complaint filed against Halfmann and Sunde, this all started with a report of a burglary in Germantown on June 3, the day before the pursuit and standoff. A man told police his parents’ home had been burglarized while they were in Las Vegas. A vehicle was reported missing from the garage — the minivan involved in the pursuit and standoff. A handgun officials said Nathan Halfmann was in possession of was also taken in this burglary. The complaint said the man interviewed by police indicated Kalin Sunde could’ve been at his parents’ home. 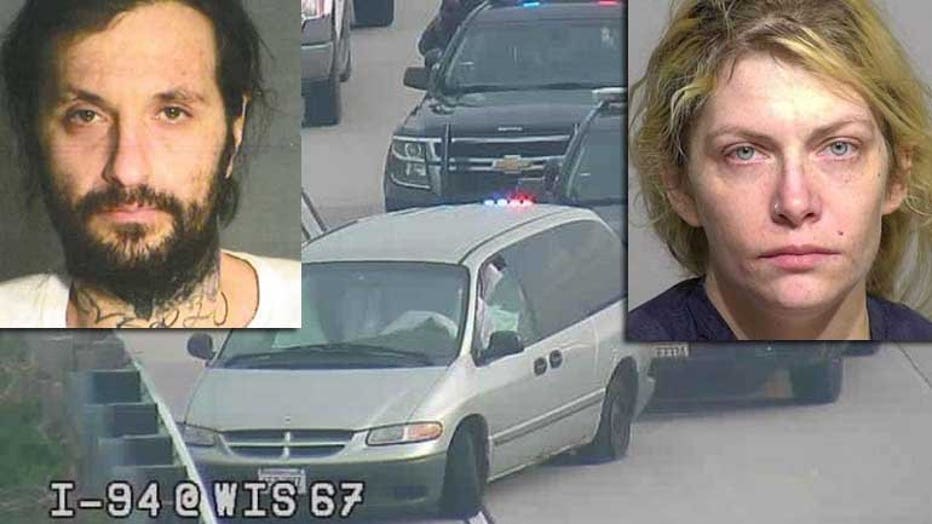 The complaint said Sunde said the van belonged to a customer who “pays her for sex.” She said it was Halfmann’s idea to go to the customer’s home and take property to satisfy an outstanding debt. She said she went along to make sure he didn’t “trash the place.” She said Halfmann found a pistol and keys to the van. She said she drove the van away from the Germantown home.

The next day, June 4, a park superintendent at the Kettle Moraine State Forest had contact with a vehicle at the Horseriders Campground in Palmyra. It was found parked near a campsite with no proof of having been registered for the site — and was illegally parked. At one point, the complaint said a female jumped into the driver’s seat and drove away.

Around 4:15 p.m., a DNR warden on routine patrol at the Paradise Springs Nature Area in the Town of Eagle observed a minivan parked in the lot matching the description of the vehicle from the earlier incident. It was found the minivan didn’t have a State Park entrance sticker in the windshield as required. A man and woman were found in the minivan. At one point, the complaint said the woman put the minivan in reverse, and as the warden yelled, “Ma’am, stop,” she drove off after shrugging her shoulders and smiling. 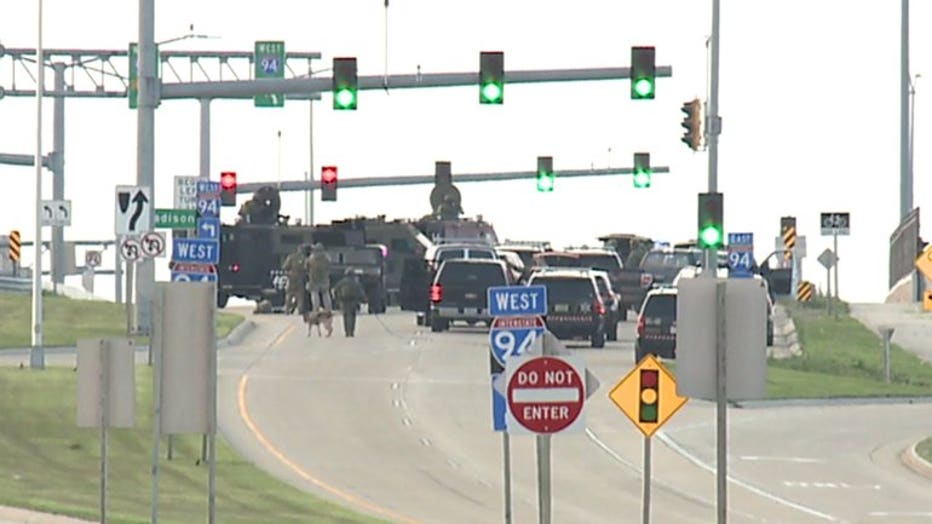 At this point, the complaint said the man in the van leaned out of the front passenger seat holding a black handgun — initially pointing it at the warden and then pointing it at a deputy. The warden drew his service weapon and aimed it at the passenger side of the van through the windshield. The deputy rolled down his window and fired two shots at the van, which swerved into a guard rail and came to a stop on the east side of the I-94 overpass. Sunde told investigators neither she nor Halfmann were struck, and said Halfmann did fire at the police. 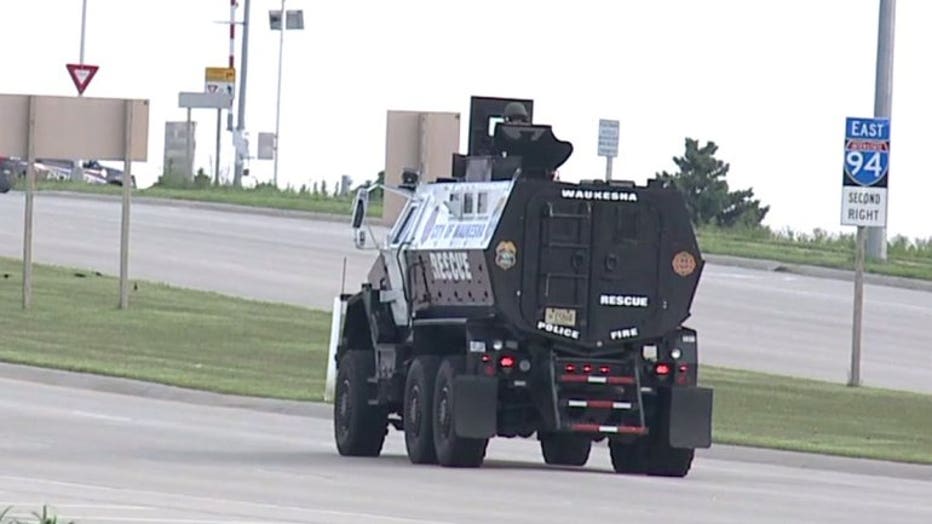 According to the complaint, Sunde said the suspect “had a gun to her head.” Sunde indicated her 2-month-old baby was in the vehicle. Halfmann and Sunde indicated Halfmann had been shot in the knee.

According to the complaint, law enforcement officials were very concerned about the possible child in the van. It was determined Sunde’s children had been taken from her by Child Protective Services. It was also noted they did not make any demands for diapers or formula for the baby, and it was suspected they were lying about the baby being in the van. It was further determined that Halfmann had been nicked, not actually shot.

The complaint noted throughout negotiations, Sunde didn’t seem to be very agitated, and displayed no fear in her voice. It was suspected they were using controlled substances during the negotiation. Sunde was streaming live to Facebook during the standoff.

During negotiations, the complaint said Halfmann at one point pointed a handgun out the driver’s side window of the minivan, pointing it directly at the Milwaukee County Sheriff’s Office’s Bearcat vehicle. He did not fire.

According to the complaint, Sunde struggled to climb a chain link fence on the side of the overpass. She then began crawling through tall grass. Negotiators tried to get her to surrender, and she indicated he had a knife — threatening to stab a police dog if it approached her, saying, “Don’t make me stab the dog. I’m not dropping the knife.”

Gas was deployed, and Sunde approached officers, saying, “You’re going to have to kill me.” A less-lethal impact round was deployed and struck Sunde in the lower back. She screamed and continued walking across the highway.

Sunde was eventually taken into custody, and a deputy ordered that investigators, “Find whatever she stabbed the dog with.” Officials said K-9 Justice was stabbed by Sunde, and was treated and released.