NASHVILLE, Tenn. - The driver of a box truck who caused a scare Sunday outside a convenience store by playing similar audio that was heard coming from a recreational vehicle that exploded in downtown Nashville is facing felony charges, a Tennessee sheriff's office announced.

The Rutherford County Sheriff’s Office said late Sunday that members of a church and customers at the nearby market where the white box truck was spotted Sunday morning heard the driver playing audio "similar to what was heard" before the RV exploded in downtown Nashville on Christmas Day.

Sgt. Steve Craig said deputies were called to investigate reports of the truck driver playing audio "loudly" outside the market and later learned that the man was also accused of similar actions outside a church during a service.

The sheriff's office said in a statement that 33-year-old driver James Turgeon had been detained and charged with two counts of felony filing a false report and one count of tampering with evidence. Officials say Turgeon was charged with evidence tampering because he "damaged the speaker system wiring intentionally."

Earlier Sunday, police received reports of a "suspicious" box truck parked at a Crossroads Market in the county’s Walter Hill at approximately 10:30 a.m.

Officials say the driver left the parking lot and was pulled over and detained by authorities.

Agents from the Bureau of Alcohol, Tobacco, Firearms and Explosives also responded to the scene and investigated the threat, a spokesperson confirmed to Fox News on Sunday.

Law enforcement agents shut down a section of highway in neighboring Wilson County as authorities sent out a robot to investigate.

Also on Sunday, officials identified the Christmas Day bombing suspect as 63-year-old Anthony Quinn Warner. Police had regarded Warner as a person of interest in the bombing since at least Saturday when federal and local investigators converged on the home linked to him. 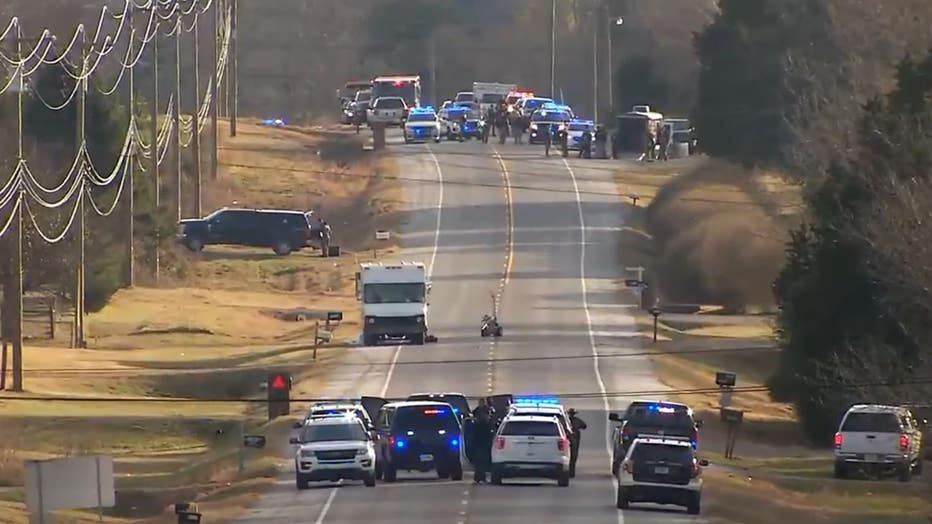 The bombing took place on Christmas Day well before downtown streets were bustling with activity and was accompanied by a recorded announcement warning anyone nearby that a bomb would soon detonate. Then the audio switched to a recording of Petula Clark’s 1964 hit "Downtown" shortly before the blast.

Warner was killed in the blast. Officials have not publicly declared a motive in the case.

Fox News's Henry Klapper and The Associated Press contributed to this report.