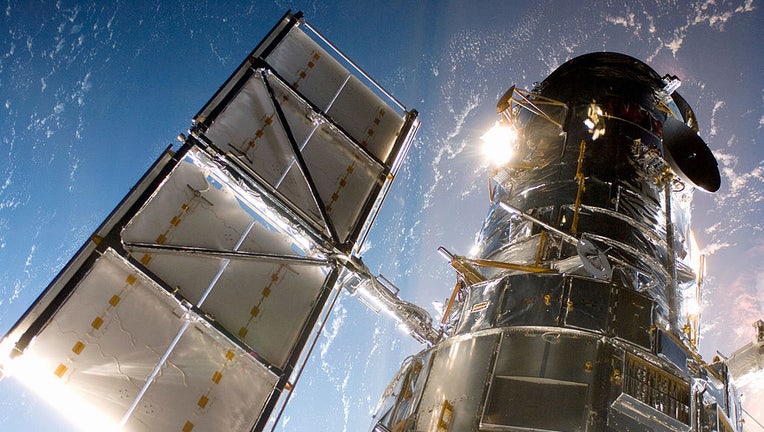 In this handout from NASA, the Hubble Space Telescope is grappled to Space Shuttle Atlantis STS-125 by the shuttle's Canadian-built remote manipulator system May 13, 2009 in Space. (NASA via Getty Images)

NASA and SpaceX last week agreed to an unfunded study to investigate the feasibility of boosting the Hubble Space Telescope, which is at risk of falling out of orbit in the next decade, into a higher orbit.

SpaceX approached NASA earlier this year about potentially using one of its Dragon spacecrafts to move the telescope to a higher altitude, Thomas Zurbuchen, NASA’s associate administrator for science, said in a press conference Thursday.

Hubble was placed into orbit in 1990 and was last serviced and repaired by astronauts in 2009 at an altitude of 350 miles. In the last 13 years it has fallen by about 20 miles, according to The New York Times.

Despite signing the Space Act Agreement with SpaceX for the six-month project on Sept. 22, Zurbuchen added, "I want to be absolutely clear, We’re not making an announcement today that we definitely will go forward with a plan like this." 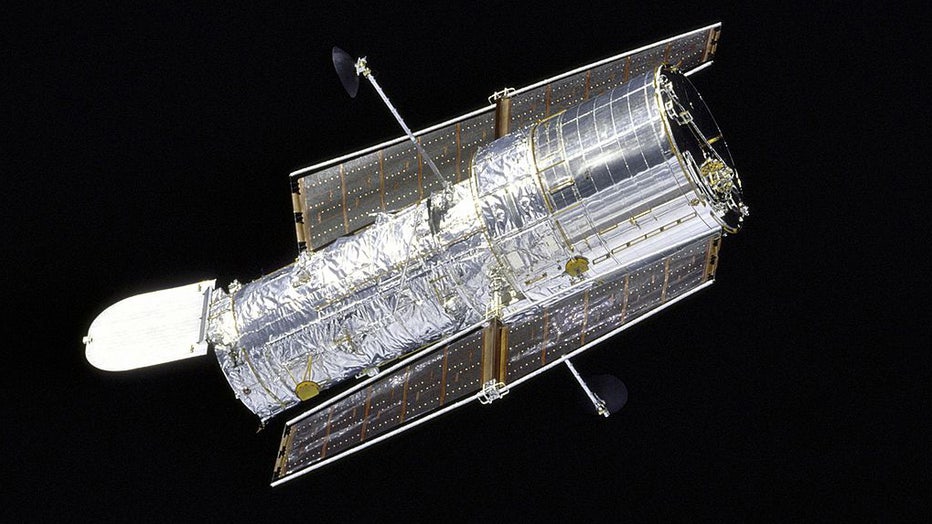 In this handout from the National Aeronautical Space Administration (NASA), the Hubble Space Telescope drifts through space in a picture taken from the Space Shuttle Discovery during Hubble's second servicing mission in 1997. (NASA via Getty Images)

Any endeavor to reposition the telescope would be privately funded at no cost to the government, NASA said, adding that the study wasn't exclusive and it would welcome proposals from other space companies.

Moving the telescope to a higher orbit could give Hubble more years of operability, NASA said. 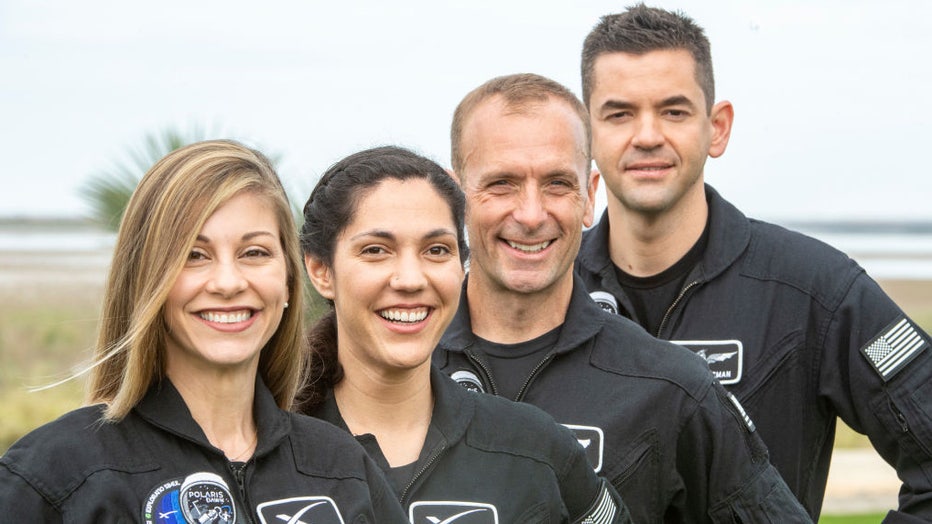 "What we want to do is expand the boundaries of current technology," SpaceX’s Jessica Jensen, vice president of Customer Relations & Integration, said. "We want to show how we use commercial partnerships as well as the public-private partnerships to creatively solve challenging and complex problem missions such as servicing Hubble."

She said SpaceX is looking at the capabilities of the Dragon capsule to see how it would need to be "modified in order to safely rendezvous and dock with Hubble." 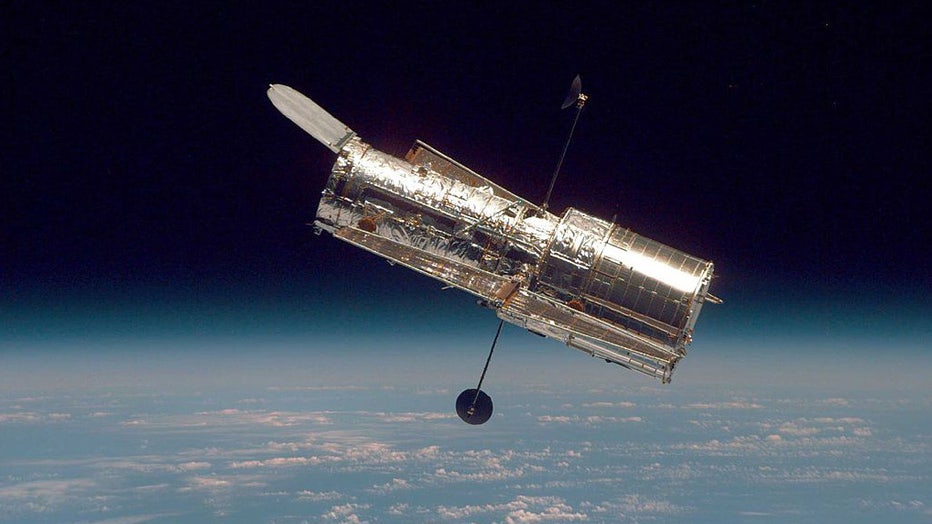 In this handout from the National Aeronautical Space Administration (NASA), the Hubble Space Telescope drifts through space in a picture taken from the Space Shuttle Discovery during Hubble's second servicing mission in 1997. (NASA via Getty Images)

Without repositioning, NASA may have to eventually destroy the telescope and guide it as it falls from orbit into the ocean, the Times reported.

Any potential mission would be a collaboration between SpaceX and billionaire Jared Isaacman’s Polaris Program, a planned series of spaceflights with SpaceX, one of which Isaacman has said would include the first civilian spacewalk. 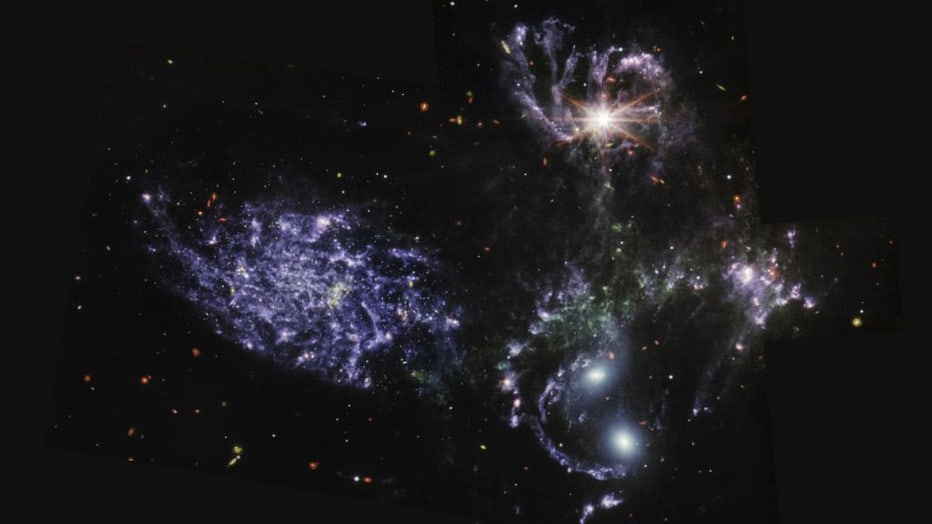 Over the years, the Hubble telescope has taken spectacular images and videos of the cosmos, including the discovery of moons around Pluto.

The telescope is named after leading 20th century American astronomer Edwin Hubble (1889-1953), who, among other discoveries, found evidence that other galaxies exist beyond the Milky Way.