'Name That Tune' is back for 2nd season

LOS ANGELES - "Name That Tune" is back for its second season, and this time around, the show will feature celebrities battling it out for their favorite charities.

Each one-hour episode, comprised of two stand-alone half-hour contests, pits two players against each other, as they race against the clock to test their knowledge of songs, performed by a live band.

However, "Name That Tune" is not a new concept, but is a contemporary sequel and reboot of the classic TV series of the same name, and features a rotating variety of games from the original format. 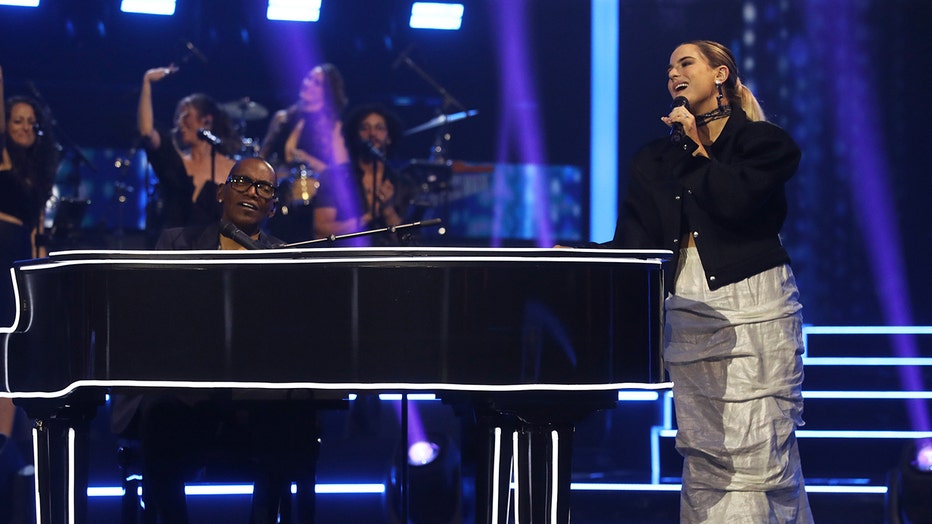 "It’s a really modern classic of a show you know and love, so it carries the nostalgia, but it also has a new impact, and a new bang for its buck," Krakowski, known for acting in hit shows including "30 Rock" and "Schmigadoon," said. "It was wonderful because this year celebrities show up, but they’re also playing for charity, so we got to raise a lot of money for charity. They played well, they came, they put themselves on the line, they entertained, and then they also got to win a lot of money for charities that are in need right now."

RELATED: ‘The Masked Singer's’ Jordan Mailata may become singer after NFL: ‘Of course, 100%’

The season premiere episode will feature TV personality and actress Kelly Osbourne playing for the Sharon Osbourne Colon Cancer Program at Cedars-Sinai. She will face off against pop singer and songwriter JoJo, who will play for The Hole in the Wall Gang. Then, former NFL star Vernon Davis will take the stage and play for the Vernon Davis Foundation, while former NFL star Victor Cruz will play for the Victor Cruz Foundation.

The player with the most money at the end of the "Bid-a-Note" contest will win the game and will take his or her bank into the final Golden Medley round for a chance to win additional cash and potentially a $100,000 grand prize.

"It’s a riot; it’s a party on wheels," Jackson concluded. "Who doesn’t like to have fun?"