FOX6 speaks one on one with Kamala Harris

MILWAUKEE - Democratic vice-presidential candidate Kamala Harris visited Milwaukee on Labor Day, Monday, Sept. 7 in her first solo campaign trip, and Harris spoke one-on-one with FOX6's Jason Calvi. They talked about the importance of Milwaukee and Wisconsin in the 2020 election, and the Democratic National Convention that was supposed to be in the Cream City.

FOX6's Jason Calvi: "You didn't accept the nomination here for vice president, here in Milwaukee. You did accept it in Delaware, but now, you're back a couple weeks later, present here. What changed?"

FOX6's Jason Calvi: "There was disappointment, though, that you weren't here in person for what happened in Delaware, with the fireworks, and the speeches and things like that." 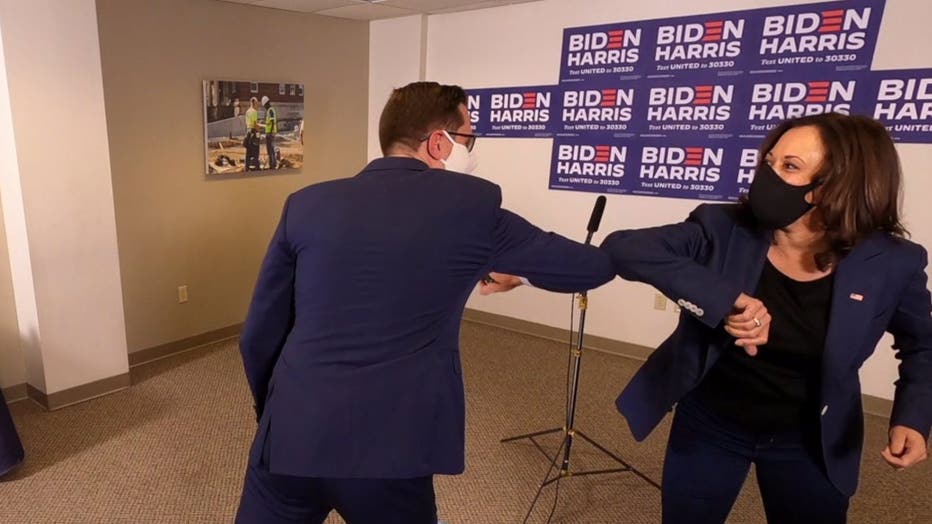 "It was a decision that no one was excited to make," said Harris. "I think we were all really looking forward to being in Milwaukee, and having a convention and supporting local businesses and the local economy, and balancing that as far as making sure that the local community was not harmed as in terms of their health was really the tradeoff."

FOX6's Jason Calvi: "But looking at the COVID numbers, they are going up right now compared to where we were on Aug. 17. They are actually up a couple hundred right now, so I'm just trying to figure out how that impacted that decision to travel today." 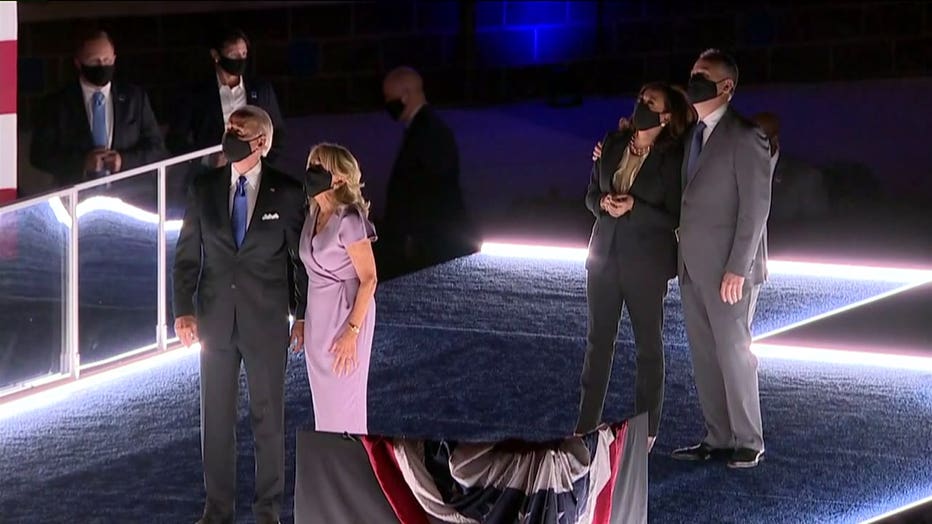 "Well, the decision to travel today was the decision based on the importance of being in Milwaukee and doing it in a safe way, so that's why the meetings that we had today were, as you can see, all of us wearing our masks, indoors, being at least 6 feet apart, not having as big of a group as we would have liked," said Harris. "This is what we have to do in a COVID world, but being here on Labor Day, in Milwaukee, a town of hard-working folks who support organized labor, and collective bargaining and the dignity of work was really, really important for me and important for Joe Biden."

Democratic vice presidential nominee Kamala Harris met with the family of a Wisconsin man shot by police to kick off her visit.