INDIANAPOLIS, Ind. -- A billboard on the east side of Indianapolis is catching the eyes of drivers, along with the ire of local Muslim groups.

You can spot the sign from the southbound lanes of I-465 near the Washington Street exit. It claims to list the “perfect man,” but opponents say it degrades the Muslim prophet Mohammad.

“I was a little disappointed when I saw that,” said Farial Khatri of the Islamic Society of North America.

Opponents say the billboard’s bullet points are meant to disparage the Muslim faith and its primary prophet, Mohammad.

“We’ve seen them in New York and several others cities on billboards as well as other transit ads,” said Kahtri.

There’s no company name or identifying group on the display, but Google “Truthophobes,” a word seen at the bottom of the billboard, and you’ll find a range of websites rife with anti-Muslim messages.

“We do support free speech, but we do realize this is also rooted in bigotry,” said Kahtri.

Other groups say they want to do more than just speak out against the display. The Muslim Alliance of Indiana says it’s planning to raise money to put up its own billboard nearby to spread a message of peace and kindness.

FOX59 reached out via email to the “Truthophobes” website to see if the operators of that site are behind the billboard or if they had any knowledge of who is. So far, there’s been no response. 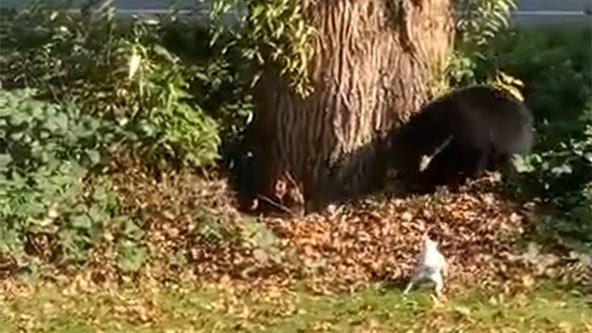