MUSKEGO -- The Muskego Police Department has asked for public assistance collecting information on an attempted retail theft that happened at a Pick 'n Save on May 3.

Police said the suspects attempted to conceal bottles of liquor in their purses.

One of the suspects -- pictured below in a black shirt -- removed liquor from her purse after realizing she was being watched, left it in the store and got into a white Honda Fit.

The other suspect -- picture below in a Green Bay Packers shirt -- attempted to leave with the alcohol. She was stopped by an employee, however, and a struggle ensued. The employee took hold of the purse and its contents and the suspect fled on foot, eventually getting into a black vehicle.

Anyone with information about the incident is asked to contact Muskego police at 262-679-4130 or email gslamka@cityofmuskego.org. 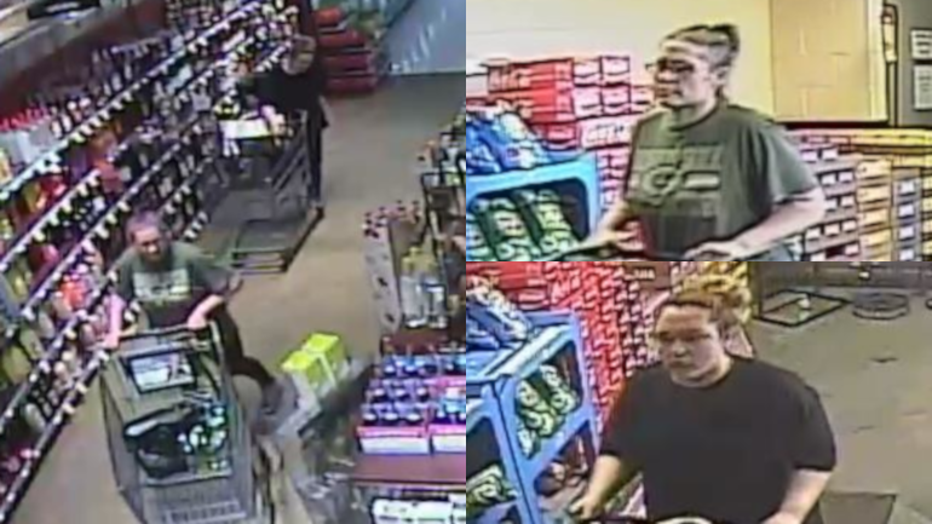