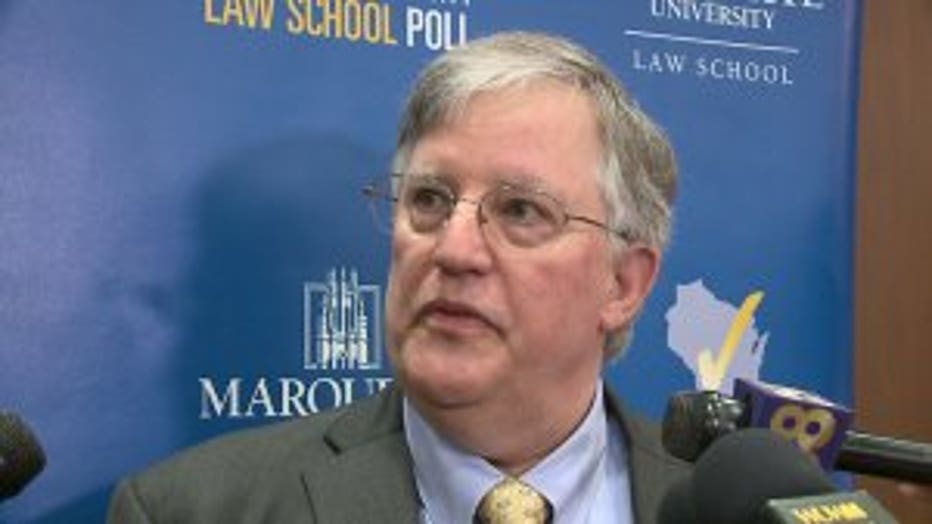 "Close races at this time of year, we’ve seen them before," said Charles Franklin, the poll's director. "The question is, how does it play out over the campaign?"

Walker and Baldwin are seen nationally as vulnerable incumbents, and neither cracked 50 percent favorability in the poll. Meanwhile, their challengers' poll numbers got a boost from winning their respective primaries.

A lot can change. This time in 2014, Democrat Mary Burke led Walker by two points in the first poll after the Democratic primary. And this time in 2012, Republican Tommy Thompson had a nine-point lead on Baldwin.

Burke and Thompson lost their leads in later polls, and went on to lose on election day. 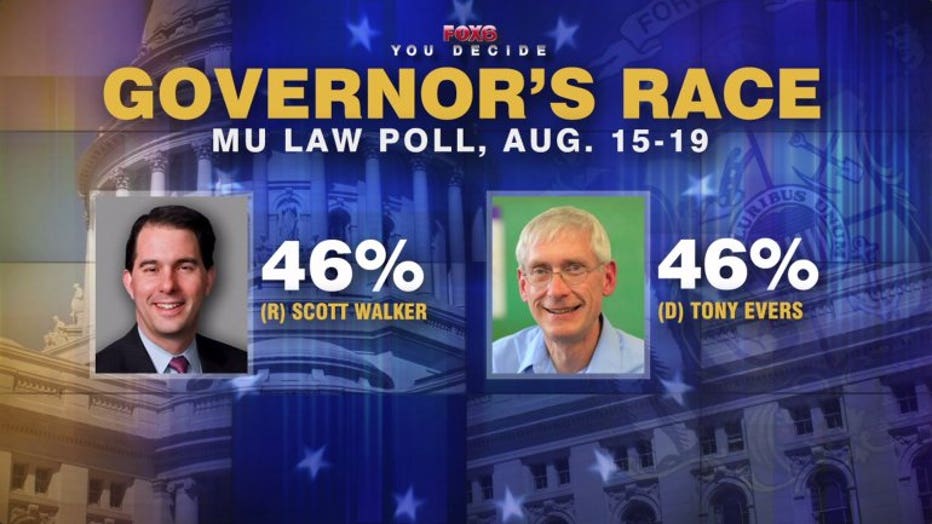 Walker, who has relied on independent voters in his three previous statewide wins, is losing independents to Evers, 54-20 percent.

Franklin said that group of voters will be key this year because of how polarized the two parties are.

"Independents are in the position to be the pivotal group," he said.

Walker was touring flood damage in Dane County on Wednesday. His campaign declined to comment on the poll results.

"There have hardly been any Tony (Evers) commercials. Right out the gate, the governor dropped attack ads on Tony Evers," Barnes told reporters in Milwaukee. "It’s done nothing but bring the governor’s numbers down." 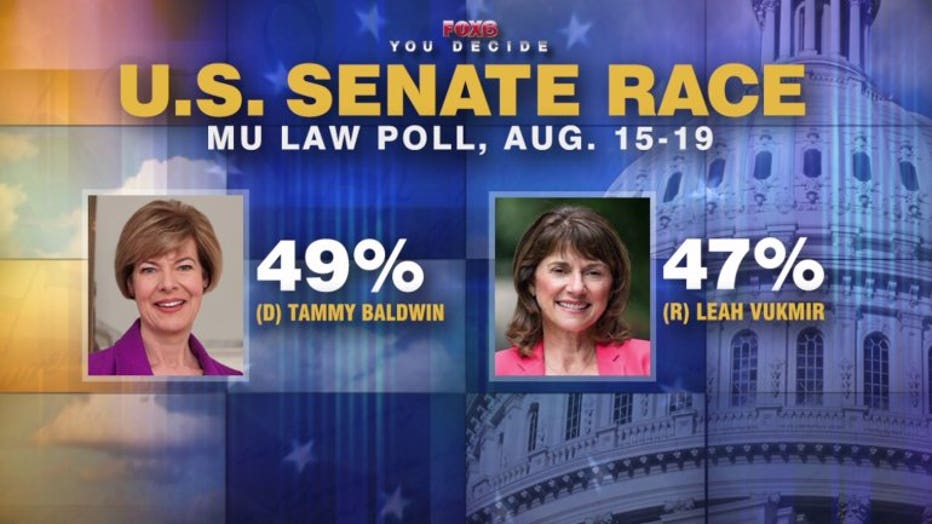 Vukmir won the Republican U.S. Senate primary on the strength of the Milwaukee suburbs. She lost 57 of 72 counties statewide.

She has attacked Baldwin as "Two-Faced Tammy" and criticized Baldwin for spending more than $5 million on the race.

Baldwin's campaign predicted that the results would lead to a flood of third-party money into the race for Vukmir. 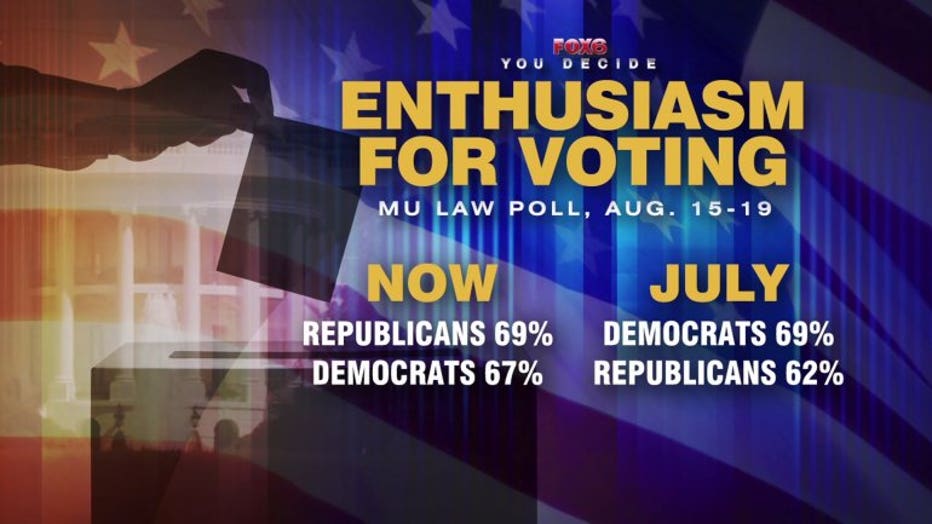 Republican and Democratic voters were equally enthusiastic about voting, a change from previous polls that also goes against the primary results, which showed about 90,000 more people voted in the Democratic governor primary than the GOP U.S. Senate race.

In August, 69 percent of Republicans said they were very enthusiastic about voting, compared with 67 percent of Democrats. In July, Democrats were seven points more enthusiastic, the MU Poll indicated.