Ground was broken Thursday on a $2.5 million outdoor athletic project at Milwaukee's Washington High School in the Sherman Park neighborhood, devastated by unrest in 2016.

"What we’re doing with the investment here is telling them they are important," said Milwaukee Mayor Cavalier Johnson.

The project is the result of a unique public-private partnership between Common Ground and Milwaukee Public Schools. 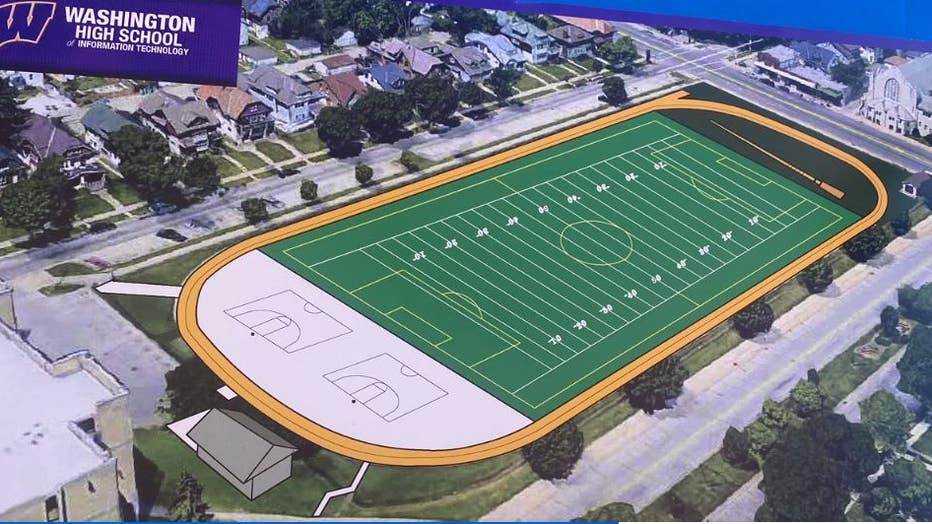 "She asked them what would it be like to have a state-of-the-art athletic field in this neighborhood to play on," said Alexander Hardy, Common Ground. "Sadly, our young people chuckled at her and said, ‘Nobody is going to do that for us.’"

Hardy called it "a beautiful day in the neighborhood" as city leaders celebrated the groundbreaking for the project that will include a multipurpose, artificial turf field, a regulation 400-meter track, and basketball half-courts. The project also includes a 266,500-gallon stormwater retention system below the turf playfield.

Over seven years, Common Ground leaders raised $830,300 from 144 donors for this project and partnered with MPS and MPS Foundation to fund this $2.5 million investment.

"In Sherman Park -- we all know this. We’ve seen it over the years. Good people live here," said Mayor Johnson. "Good things happen here, and the folks who live here and visit here, they deserve good investments, too." 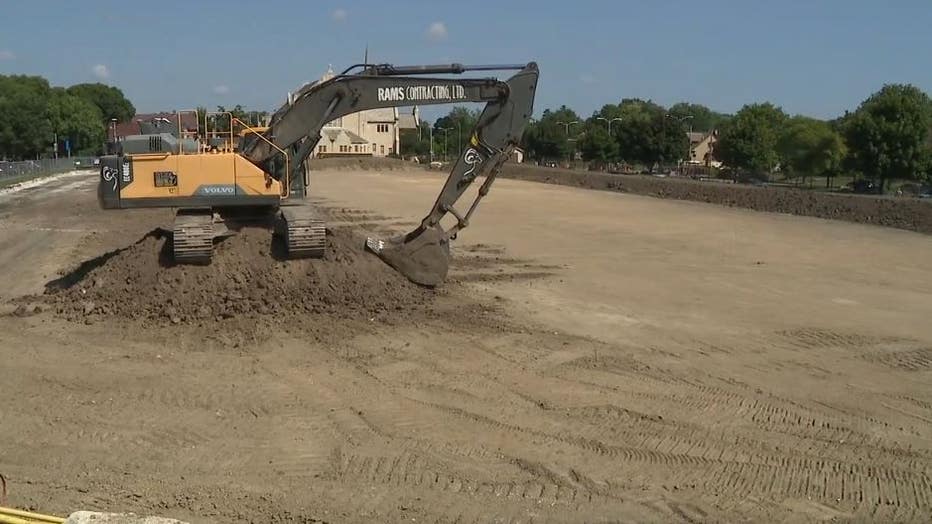 "Practicing in the old field was dangerous and caused many injuries," said Daniel Martin, junior. "The first time I stepped into (a hole), I thought I broke my ankle."

Martin added that the old field didn't help them to be the best they can be.

"It didn’t prepare us for meets because the real tracks we competed on were so different," said Martin. "When we heard we was getting a new field, we didn’t believe it. I never thought it was going to happen."

He said the project will make their football program better, as well. 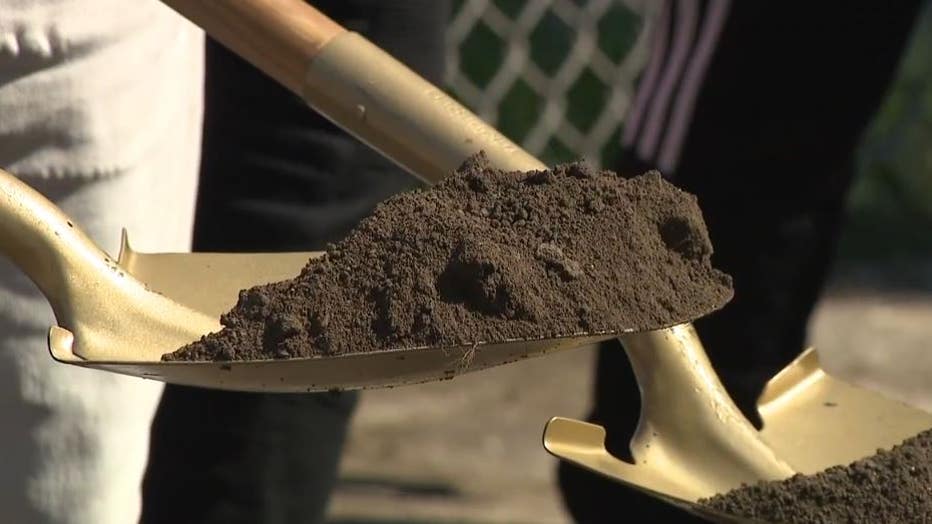 "I see next year being so much better," said Martin. "We will be able to recruit new players, and our game will get so much better when we have a proper field to practice the skills we need without always worrying about getting injured."

It will also be a great asset to the neighborhood, those involved with the project said.

"Our wonderful Sherman Park community will get that opportunity to make laps around the track," said Keith Posley, MPS superintendent.

Washington High School is slated to begin work on the replacement of the existing track and athletic field.

At the groundbreaking, Mayor Johnson talked about his commitment to ensuring safety in the neighborhood damaged by unrest in August 2016 after the police shooting of Sylville Smith.

"My administration is working to make Sherman Boulevard and the entire neighborhood streets across the city of Milwaukee safer for everyone," said Mayor Johnson. "We’re working to address issues like reckless driving. We’re doing that with physical improvements and a variety of other steps you will see."

The project is expected to be finished by June 2024.