The march was headed up State Street towards MPD headquarters before a scuffle Sunday, July 5 around 5:30 p.m. between protesters and two people who had been drinking on Old World Third Street.

Security cameras captured someone pushing an off-duty Milwaukee police officer -- but what happened before?

Photographer LaTasha Lux accuses two people of "hurling obscenities and racial slurs." She went on to allege she was " physically assaulted by the male, resulting in camera damages." 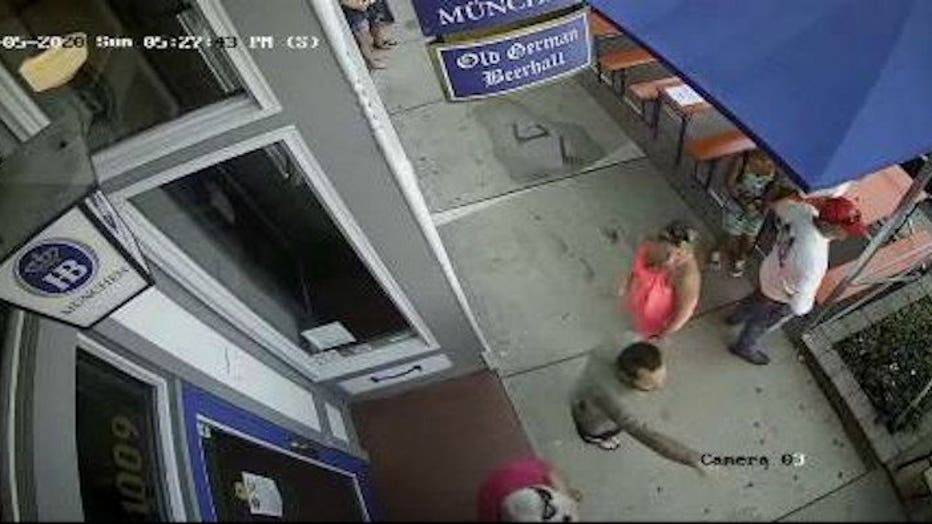 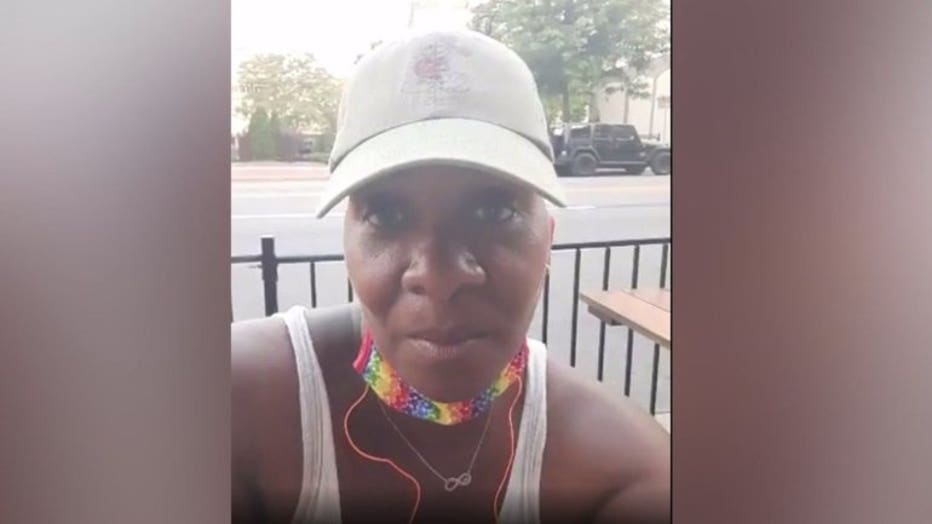 "What I do is I take pictures, so I took pictures, and the guy in that group did not appreciate that, and after taking a swipe after one other photographer and breaking the lens on his camera, he took a swipe at me and my camera," said Lux. 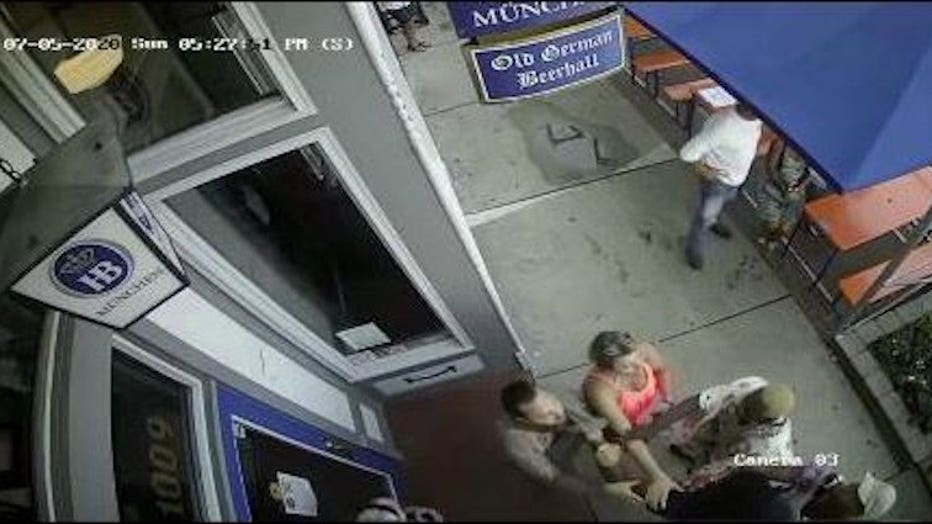 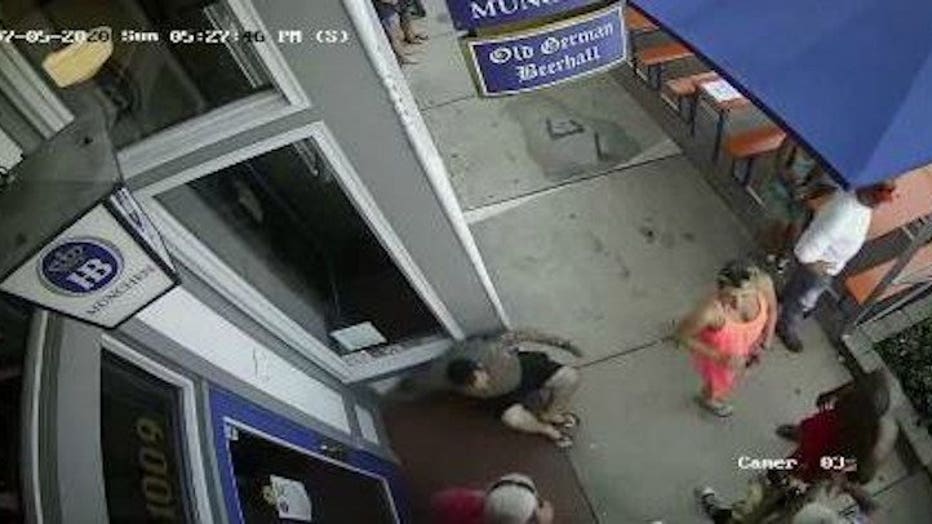 It happened, in part, outside the Old German Beer Hall.

"I am not interested in having them as patrons any longer," said Hans Weissgerber III of the Old German Beer Hall.

Multiple sources confirmed the incident involved Matthew Willmann -- an off-duty MPD officer and his wife, who had been in the bar earlier. 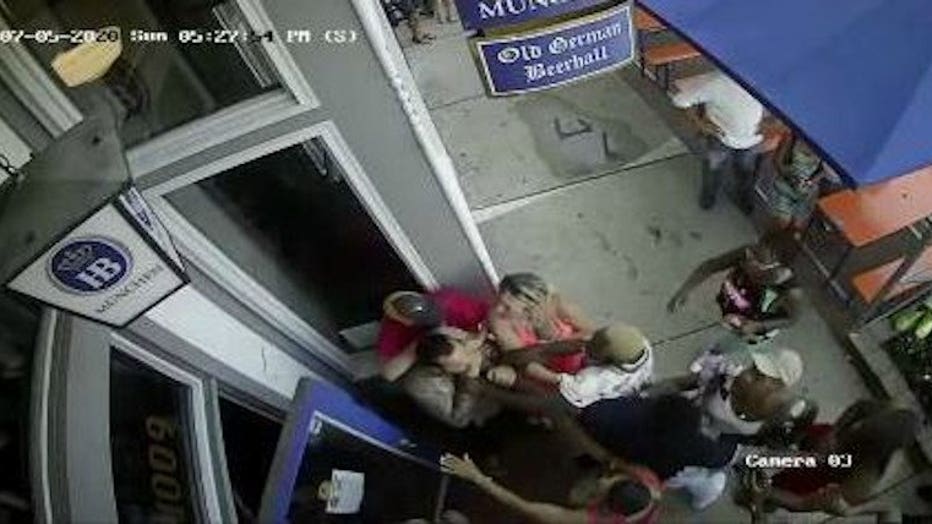 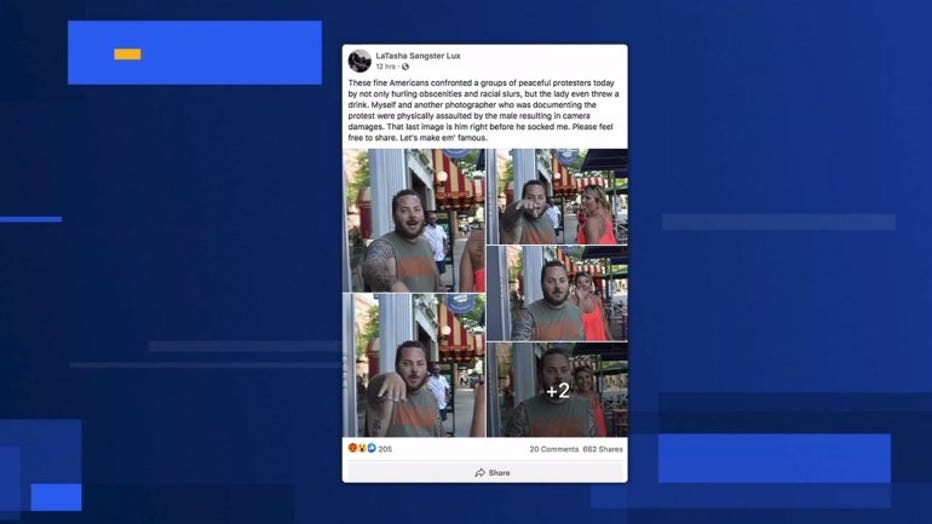 "This is about two individuals who behaved badly and brought their problems to us," said Weissgerber. "We're all struggling to make sense of how to run a business during this pandemic, we have people that are upset, rightfully, about the state of race in our country and police behavior towards people of color, and all of these things are going on in our community, and we as business people and our employees, we're all just trying to survive and make a buck."

As part of the police investigation, MPD pulled surveillance video and interviewed witnesses -- but said Monday they're not sharing more right now.

The police union said the officer isn't giving a statement -- but he did apologize.


The attorney representing the two photographers issued this statement to FOX6:

"The event that unfolded on Sunday, July 5, 2020 in downtown Milwaukee is disturbing as it clearly depicts the “police protect police culture” that is very alive in this city. This is a story about two peaceful individuals, Sean Kafer and Latasha Lux, being met with adversity and violence and then being treated as if they were the disorderly ones. There is nothing unlawful or disorderly about documenting a LGBTQ- Black Women’s March. Kafer and Lux, as objective observers, were exercising their First Amendment rights when they were violently approached by an off-duty Milwaukee Police Officer—an unwarranted encounter that not only resulted in property damage but pain and injury as well. Regardless of the fact that the off-duty police officer made physical contact with both Kafer and Lux, reporting officers treated Kafer and Lux as if they were the aggressors, stating they would only issue disorderly conduct citations if all parties received one. Kafer and Lux were clearly victims of hostility, violence, and aggressive racism. However, instead of listening to the victims and the recollection of countless witnesses, the Responding officers chose to believe the false narrative presented by one of their own.  This surely cannot be the message that the Milwaukee Police Department wants to convey to the people of this city who should expect to be protected when they are victimized; especially during a civil rights movement that addresses police misconduct towards people of color."