MILWAUKEE -- A man died at the scene of a crash involving a police van near S. Logan Avenue and E. Oklahoma Avenue on the city's south side Tuesday, July 7.

It happened around 4:25 p.m. when the police vehicle -- headed westbound on Oklahoma -- was hit by the civilian vehicle heading eastbound that had crossed the centerline into oncoming traffic, police said.

The driver of the striking vehicle -- a 27-year-old Milwaukee man -- had to be extricated from the vehicle and died as a result of injuries sustained in the crash. A 25-year-old female passenger in the vehicle was taken to the hospital for treatment of non-life-threatening injuries.

A 54-year-old officer in the police van also sustained non-life-threatening injuries. He is a 17-year member of the Milwaukee Police Department. 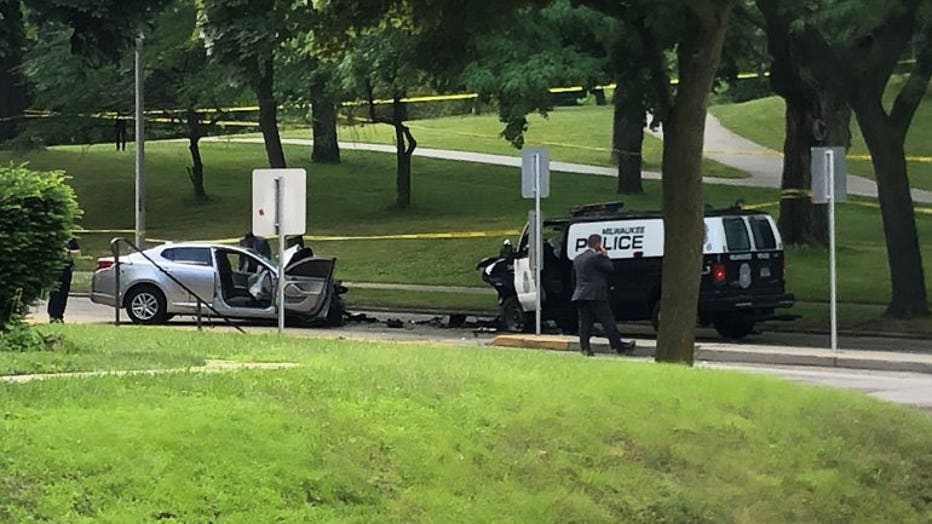