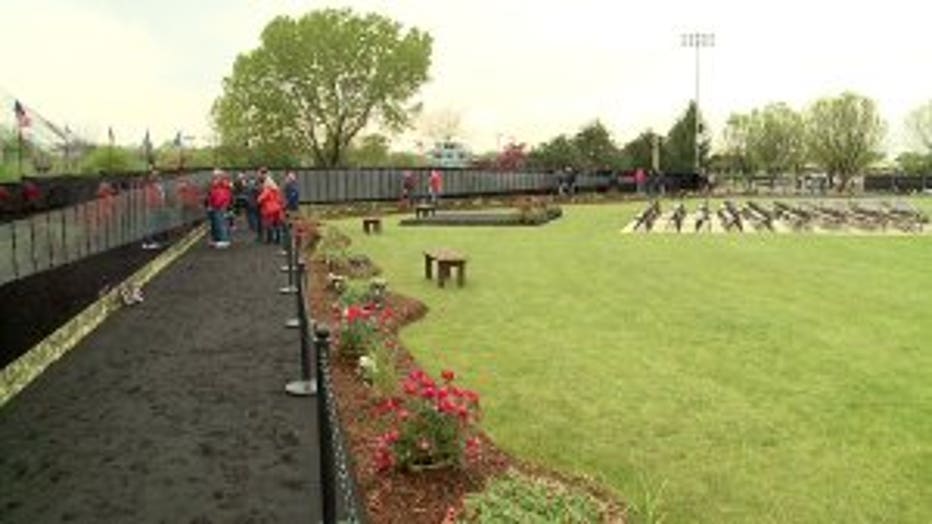 GREENFIELD -- A moving exhibit has arrived in Greenfield just in time for Memorial Day weekend. It's called the "Moving Wall" and it's a replica Vietnam Memorial Wall located in Washington, D.C.

A somber opening ceremony for the wall was held Friday, May 24. Dozens of people huddled under a tent in Konkel Park, paying respects and remembering those who never came home from war.

"Just being able to honor the people who have given their lives to us," said Cadet Amanda Thompson, Greenfield High School ROTC. 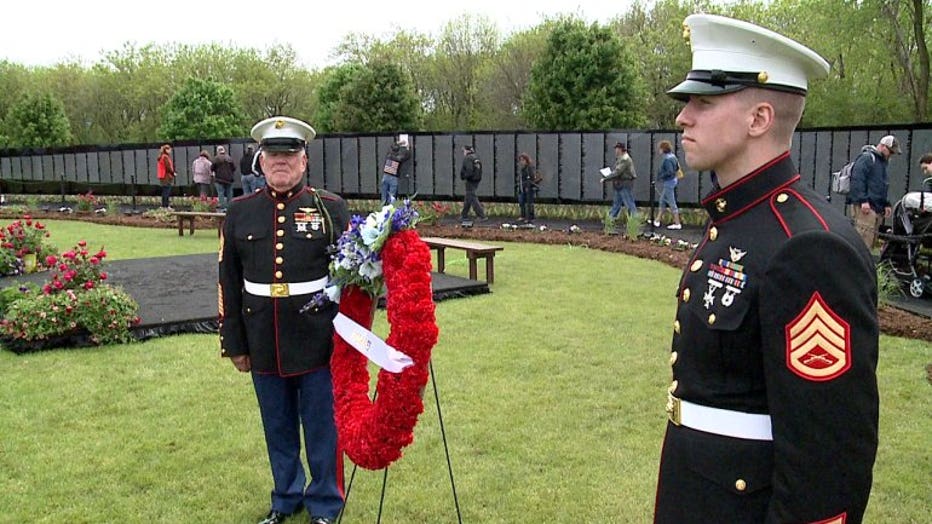 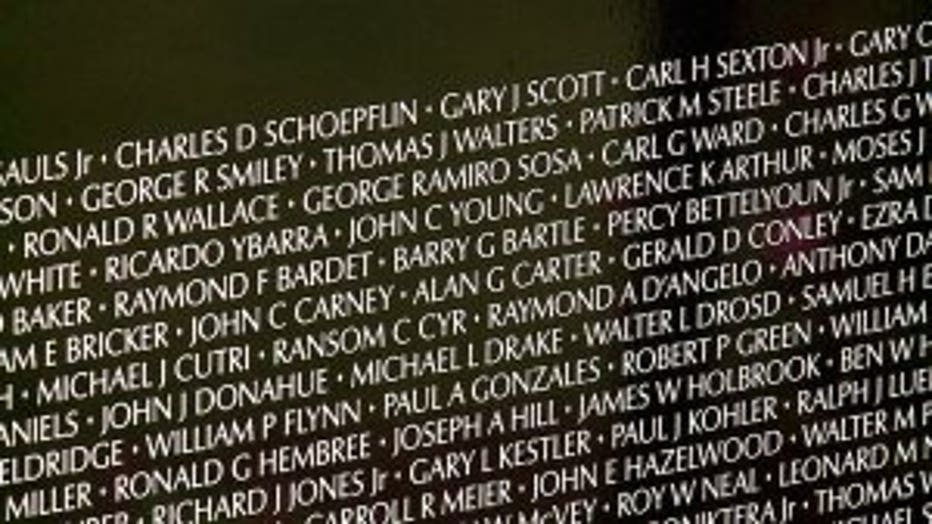 The "Moving Wall" is a near scale copy of the fame wall that many are seeing for the first time.

Cadet Thompson and her peers are part of the Greenfield High School ROTC program. The group played a key role in the opening ceremony by laying flowers, and listening to veterans share stories of friends who never came home from war.

"Me and actually one of my friends were both crying during that part because it really is sad that they had to do such a thing," said Thompson. 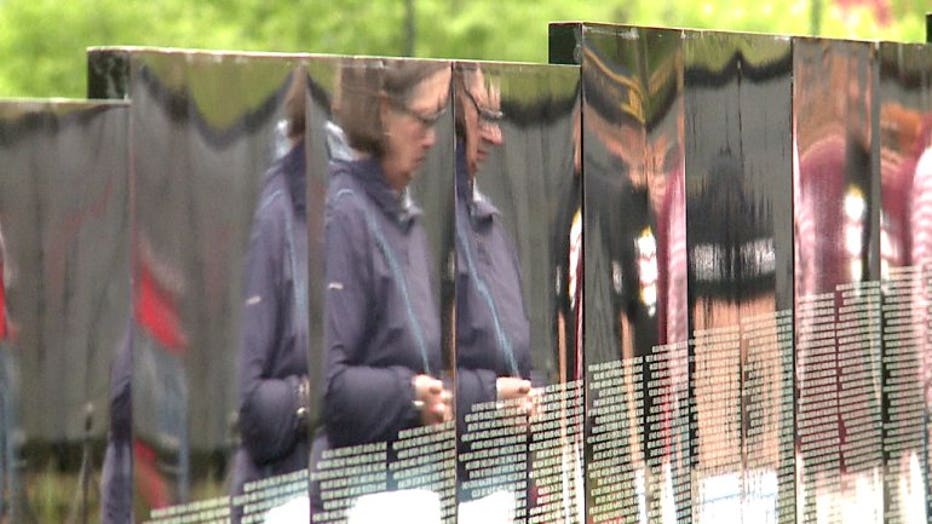 People were compelled at the occasion as they toured the wall.

"It was very cool, something you don't get to experience often," said Cadet Jarek Rex, Greenfield High School ROTC. 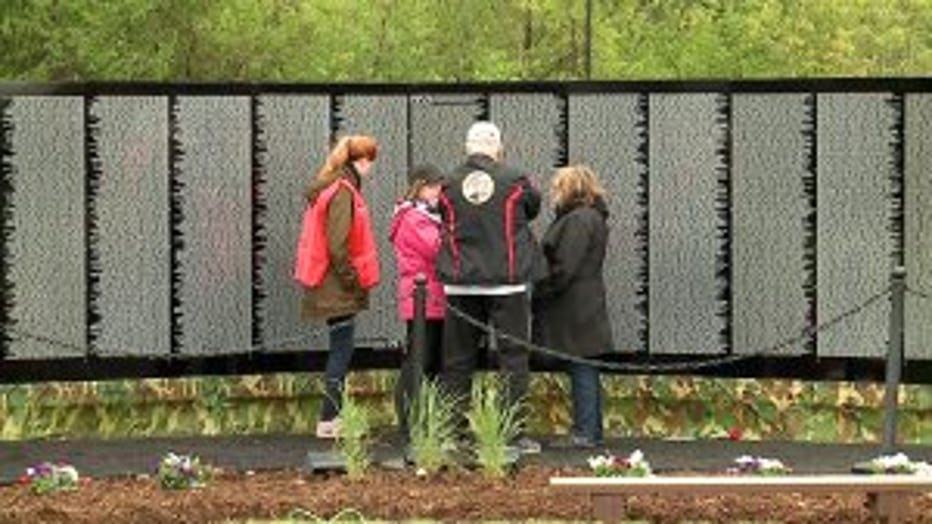 Cadets say Friday's event stir a lot of emotions inside them; patriotism, compassion, and the desire to continue to give to our country.

"It makes me proud, it makes me want to do more," said Rex.

To remember and show appreciation for those who never came home.

The Moving Wall will be open for 24 hours until Monday, May 27, at 4 p.m. The exhibit will then pack up and move on to its next location. 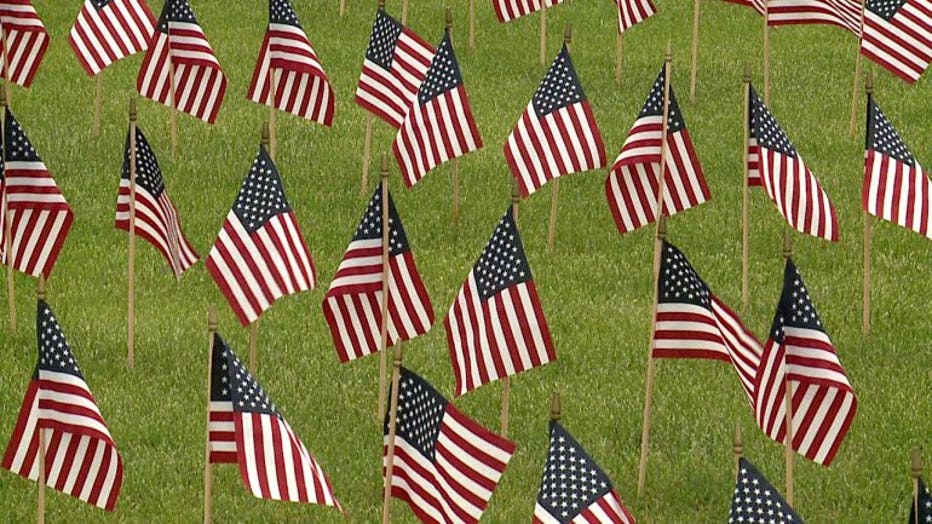