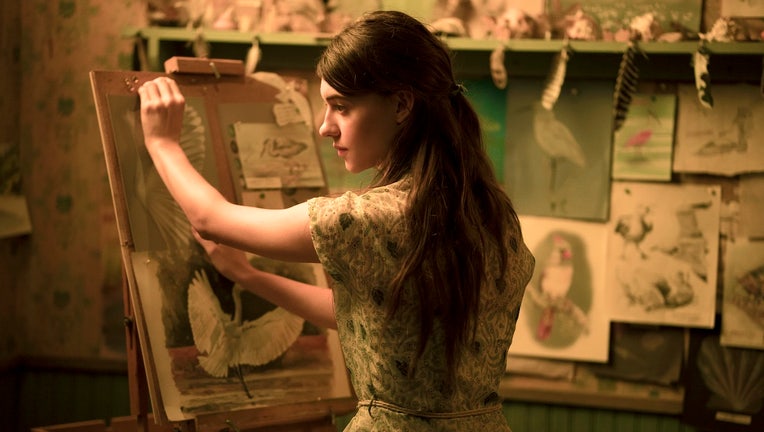 Kya (Daisy Edgar-Jones) in Columbia Pictures' WHERE THE CRAWDADS SING.

Chicago - The protagonist of "Where the Crawdads Sing" seems to have a superpower. No, it’s not her ability to raise herself in the wilderness of North Carolina, nor her impressive talent for sketching the natural world. It’s the fact that despite living in a literal marsh, her hair never suffers from a modicum of frizz — never more than a few stray strands artfully mussed like she’s in a Garnier Fructis commercial. It’s a scientific miracle that long-hair-havers in humid climates the world over would surely love to study. Alas, it’s also evidence of all the texture and grit this swamp-set coming-of-age story lacks.

Based on Delia Owens’ wildly popular best-selling novel of the same name, "Where the Crawdads Sing" is ostensibly a story of struggle, survival and tenacity — one where a young woman named Kya (breakout "Normal People" star Daisy Edgar-Jones) grows like a flower through concrete in a harsh 1950s and ’60s world, despite the best efforts of a callous and often cruel community. But it plays more like a glossy Nicholas Sparks-flavored melodrama than a tale that actually has any meaningful connection to the messy real world — wetland or otherwise.

Opening in 1969, "Where the Crawdads Sing" is anchored by a courtroom drama. When a local golden boy named Chase Andrews (Harris Dickinson) is found dead in the woods, Kya is put on trial for his murder, despite the scantest of evidence. (He may have just died in an fluke accident.) When a sympathetic lawyer named Tom Milton (David Strathairn) agrees to represent her, Kya winds up sharing the unusual life story that turned her into a town pariah known as the "Marsh Girl." 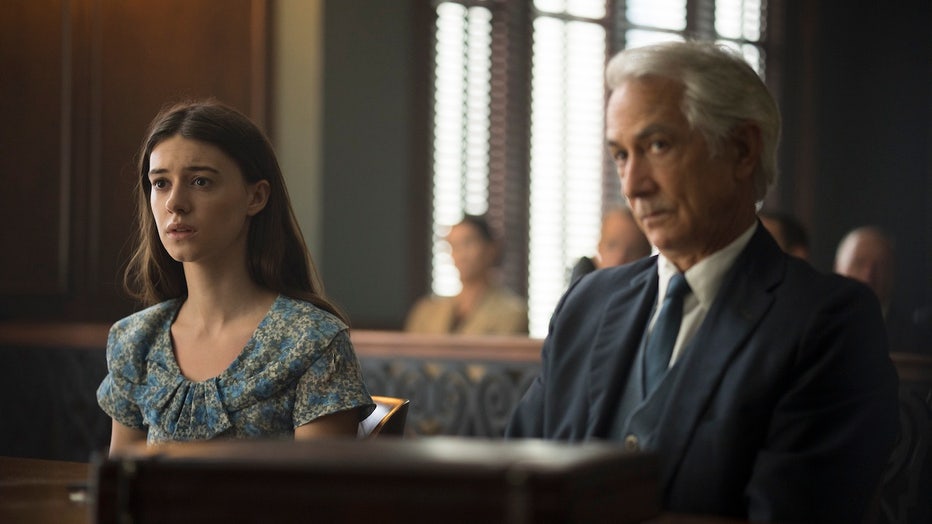 Her once happy childhood was marred by abuse at the hands of her alcoholic father (Garret Dillahunt), who slowly drove Kya’s mother and siblings away before finally disappearing himself. Scarred by the abandonment but determined to survive on her own, young Kya (Jojo Regina) makes a living by collecting mussels and selling them to a sympathetic local couple (Michael Hyatt and Sterling Macer Jr.) who run a fuel dock and bait shop. When she’s laughed out of school for her bare feet and inability to read, she decides to embrace the natural world as her teacher instead, thus sealing her fate as a town outsider.

Yet a story that feels like it should be brought to life with the R-rated grit of something like Jennifer Lawrence’s "Winter’s Bone" instead keeps returning to a more clean-cut storytelling mode, even with a potential murder in the picture. As Kya grows into young adulthood, her isolated life becomes defined by romantic relationships with two men: Shy, kind Tate Walker (Taylor John Smith) who teaches her to read and with whom she shares the joys of first love, and confident, charming Chase — the man who will eventually wind up dead in the marsh. But did Kya actually kill him? If so, why? And if not, who else, if anyone, could be the culprit? 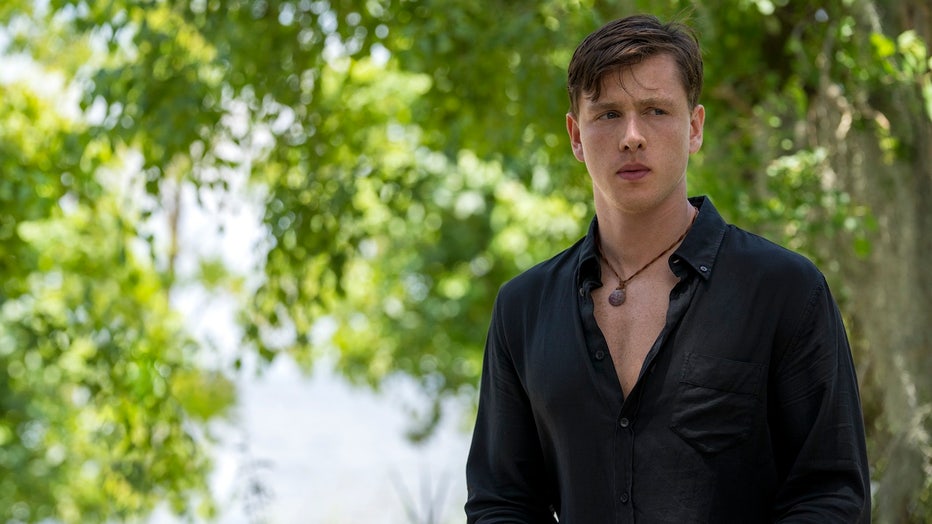 It’s a much-needed engine to give this story some juice because otherwise there’s just not a lot of there there. Like its glossily-styled lead, "Crawdads" lacks a sense of texture in its characterizations. Despite Kya’s unusual adolescence, Edgar-Jones mostly plays her as a shy, unassuming young woman — no more socially awkward than your average YA protagonist. Other than her penchant for ducking behind a tree when she hears someone coming, there’s little about her that feels feral or untamed or socially uncouth in a way that people would find off-putting. Sure, part of the film’s message is that people can be needlessly cruel, but at some point it becomes hard to believe that a young white woman this pretty and demure would have a hard time generating sympathy from her neighbors.

That ill-fitting conventionality carries over into Kya’s love life too, which has no distinctive sexuality or even sensuality to match her unorthodox upbringing; no feeling of tactile pleasure to match her love of the natural world. Though we’re told that Kya has a wild, free-spirited side, she never comes across as anything but sweetly modest and entirely in line with the social standards of the 1960s. In which case, why give her such an usual backstory to begin with? 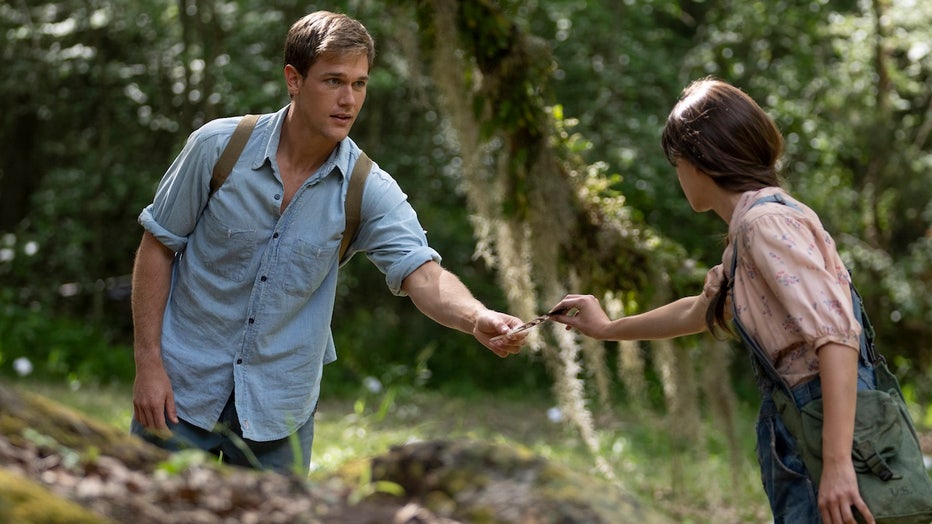 The bigger problem, though, is the disastrous casting of Kya’s love interests, who are so blandly interchangeable you could forget their faces even as you’re starring right at them. It doesn’t help that both actors look far too old for the high school and college-age characters they’re supposed to be playing. That means that what should be a passionate, tempestuous story of secretive young love has all the plasticity of Barbie dolls dressed up in 1960s button-downs. One yearns for the raw feeling generated by Ryan Gosling in "The Notebook" to jazz up this bog-standard bog melodrama with a bit of genuine heat.

See "Where the Crawdads Sing" for: An unexpected love of science

The one place where the film does feel truly original is in the way Kya winds up channeling her passion for nature through the prism of science. Owens was a zoologist and non-fiction writer before shifting gears with "Crawdads," and she gives a similar passion to her protagonist. As soon as Kya learns to read, she dives straight into the canon of scientific literature that helps her contextualize the natural world she loves so much. And the juxtaposition of her humble, practical personality and her ability to spout off complicated scientific jargon is the one thing that does feel truly unique about her. 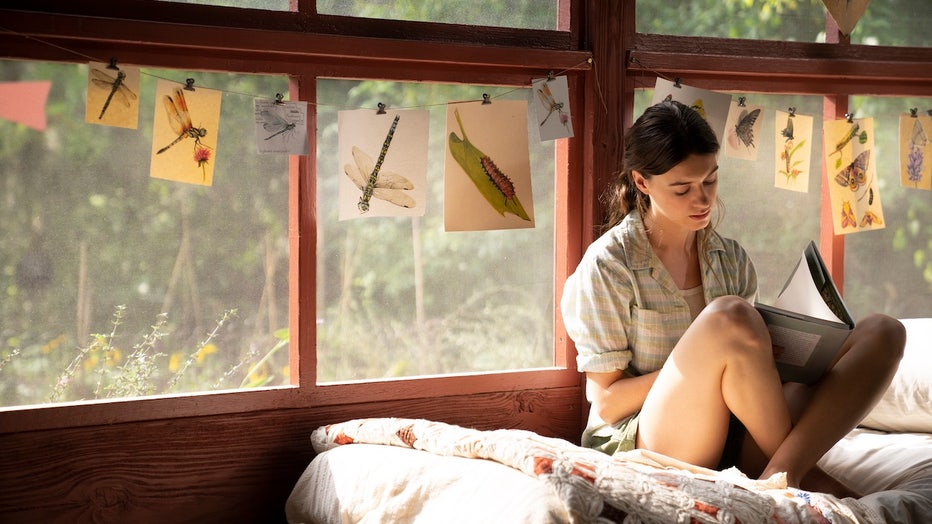 Kya (Daisy Edgar-Jones) in Columbia Pictures' WHERE THE CRAWDADS SING.

Fueled by Kya’s love of nature, "Crawdads" works best as a kind of travelogue in which director Olivia Newman showcases the hazy waterways, sun-dappled forests and expansive shorelines of North Carolina (albeit filmed in Louisiana). And Edgar-Jones is at her strongest when she’s simply observing the natural world around her — marveling at the colors of a feather or the details of a seashell. The trouble comes when the movie has to return to those pesky one-dimensional human characters that fuel its story.

With its pretty period setting and relatively compelling central mystery, "Where the Crawdads Sing" is watchable enough as a sort of glossy Southern fairy tale. As a celebration of an unusual life uniquely lived, however, it sinks more than it swims.

Make it a double feature with "Coyote Lake," streaming free on Tubi

Coyote Lake (2019): "Riverdale" star Camila Mendes and Oscar nominee Adriana Barraza lead this psychological thriller about a mother/daughter duo who run a a bed-and-breakfast near the border between the U.S. and Mexico. When two unwanted guests arrive, all hell breaks loose — and not just because of the newcomers. It turns out mother and daughter have a big secret of their own, and it threatens to upend everything. Rated TV-MA. 93 minutes. Dir: Sara Seligman. Also featuring Charlie Weber, Neil Sandilands, Manny Perez.

"Coyote Lake" is streaming for free on Tubi — get the app

How to watch "Where the Crawdads Sing"

"Where the Crawdads Sing" arrives in theaters nationwide on July 15. It is not currently available to stream.