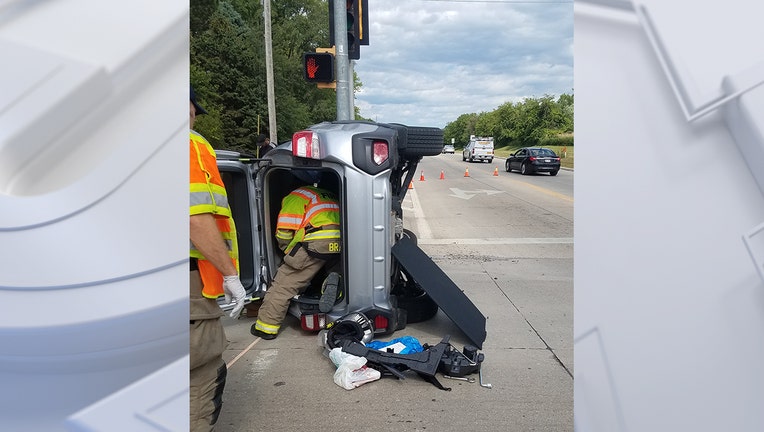 MOUNT PLEASANT, Wis. - One driver was injured in a two-vehicle rollover crash in Mount Pleasant on Tuesday afternoon, June 22.

Mount Pleasant police were called to the scene near 16th and Oakes around 3:40 p.m. There, they found one vehicle rolled over on its side; it had been reported that the driver was trapped inside.

The crash involved a Ford and a Subaru. Police said the driver of the Subaru, which had rolled over, was taken to the hospital for treatment of non-life-threatening injuries. She is in stable condition. The driver of the Ford did not report any injuries.

Police said driver-related actions appear to have caused the crash; no alcohol use by either driver is suspected.

The intersection was shut down temporarily but reopened after preliminary investigations concluded and the vehicles were towed from the scene.