MILWAUKEE (WITI) -- A Milwaukee County Sheriff's Deputy was hurt after a motorist rear-ended his squad on Monday, February 17th.

The deputy was on the scene of another crash -- blocking off the right lane of traffic to protect those in the wreck. Officials say that's when a motorist traveling too fast for conditions slammed into the rear of his squad. The impact sent the squad off the road, into the embankment and a highway sign.

The deputy was taken to Froedtert Hospital with non-life threatening injuries.

This is the seventh squad struck since December. The deputy in this incident narrowly missed being hit last week while standing outside another squad that was struck. 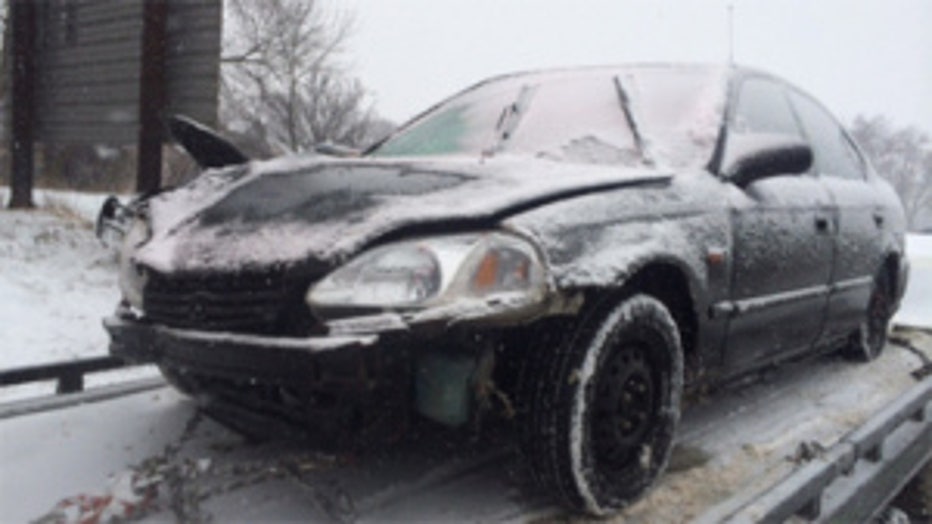 The Milwaukee County Sheriff's Office tweeted out the following after the crash: "We need drivers to do their part! MOVE OVER, SLOW DOWN"

Wisconsin has a Move Over Law, which is being disregarded by many motorists. When approaching emergency vehicles stopped on the freeway, drivers need to move over one lane, or if that cannot be safely done, they need to slow down to less than 40 mph.

This wasn't the only crash on southeastern Wisconsin roadways on Monday as the snow fell all day long. Things got worse as the evening rush hour kicked off Monday. The FOX6Now.com traffic map looked like this around 4:00 p.m.: 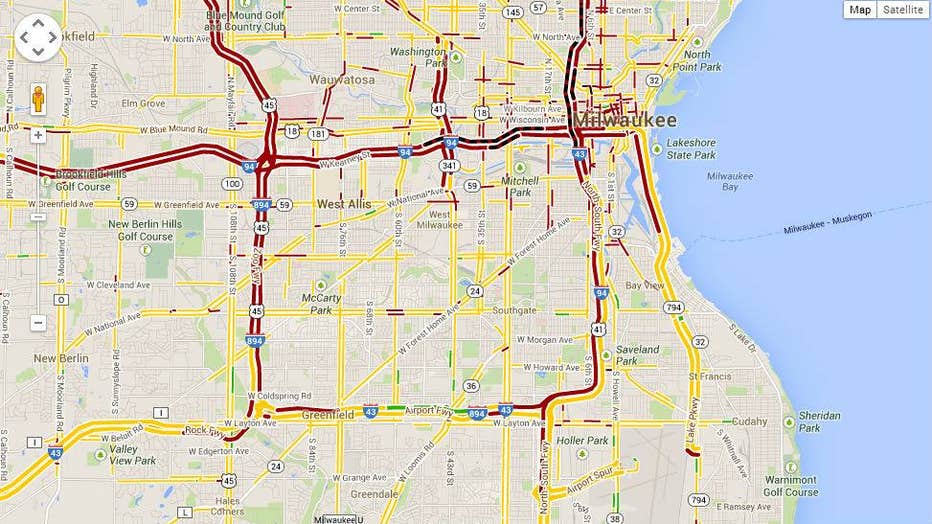 Many had much longer than usual commutes home on Monday evening.