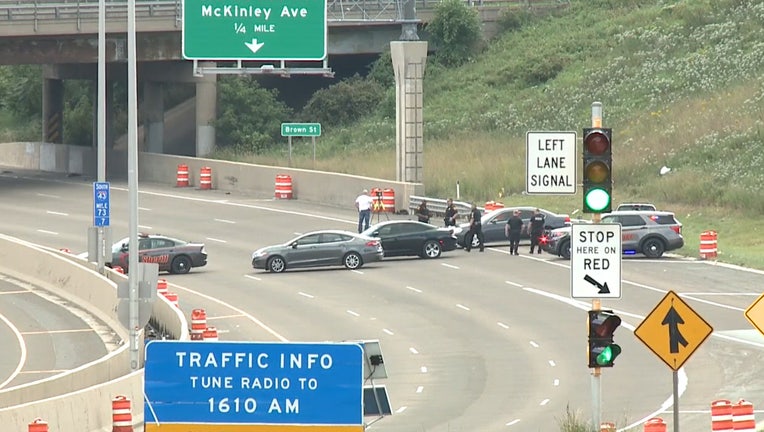 MILWAUKEE - The Milwaukee County Sheriff's Office and Milwaukee Fire Department responded on Sunday afternoon, Sept. 5 to a report of a motorcyclist down on southbound I-43 near North Avenue.

The Milwaukee Fire Department confirmed for FOX6 News a male patient was taken to Froedtert Hospital in critical condition.

Meanwhile, the southbound lanes and Locust and North Avenue on-ramps were also temporarily shut down.