NEW ORLEANS -- The coroner’s office in New Orleans has identified the body of a 16-year-old girl who was found dead along Interstate 10 last week.

Kaylan Ward, 16, was killed while walking or attempting to cross the interstate in the dark. Her body was found in the right shoulder emergency lane of the interstate.

The preliminary cause of death is multiple blunt force trauma, according to WVUE.

During a vigil honoring the teen’s life, her mother Kenisha Martin-Nelson told a group of 200 teens that it is important for them to listen to their parents.

"Young people don't want to listen to your parents," Kenisha Martin-Nelson said. "This is what happens when you don't listen." 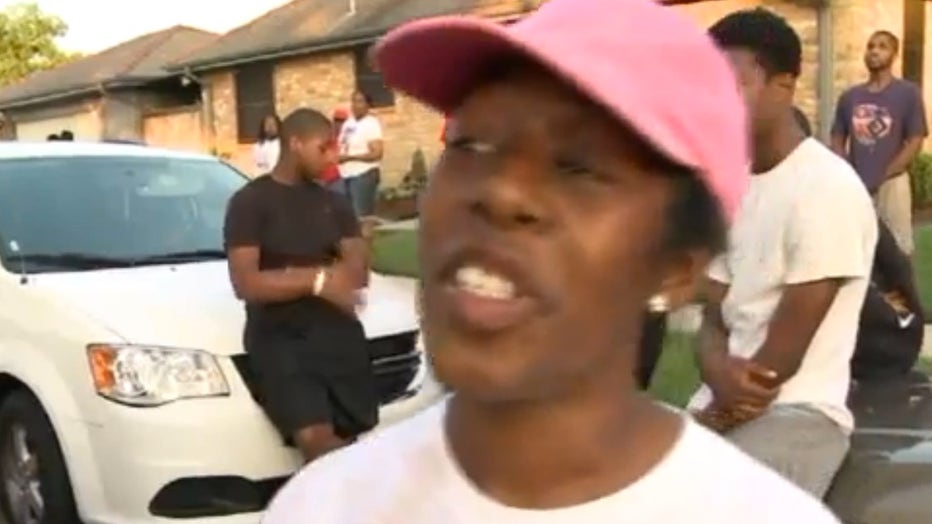 Martin-Nelson urged the group of teenagers to stop sneaking around. She said if her child would have just been honest with her, they wouldn’t have been there remembering her life.

“My baby had a demon that has been riding her for about five or six years,” said Martin-Nelson. “This is what happens when you don’t listen... I told my child two weeks ago God is going to put his hands on you and he’s going to sit you down.”

The woman went on to tell the crowd that Ward was her first love. She believes the driver who struck here daughter will be found.

“Was she perfect?” she asked. “No. I had a rebellious child, but I loved her through it all. She did not deserve to die like this.”

Martin-Nelson told WGNO she believes her daughter was murdered.

"They obviously don't know God. Because to know God is to love. And if you can just murder someone... you don't have a heart," she said.

The teen's death is still under investigation.

Louisiana State Police were called around 5 a.m. about a "possible dog or debris" on the interstate near the Veterans Boulevard overpass.  As units arrived on the scene, it was discovered to be the remains of a black female struck by westbound traffic.

Police are now investigating whether the two incidents are related.