WAUWATOSA -- Two people suffered minor injuries after a rollover crash near 106th and North Ave. in Wauwatosa on Wednesday morning, February 17th. Now, charges could be considered against the driver in this case.

Wauwatosa police say an officer spotted the vehicle traveling at a high rate of speed westbound on North Ave. just before 9 a.m. Wednesday. The officer hit his emergency lights in an attempt to pull over the speeding motorist. But the officer apparently never got close to the vehicle.

Police say a vehicle pulled out in front of the speeding motorist near 106th and North Ave. That caused the speeder to swerve, hit a snow bank and roll the vehicle. 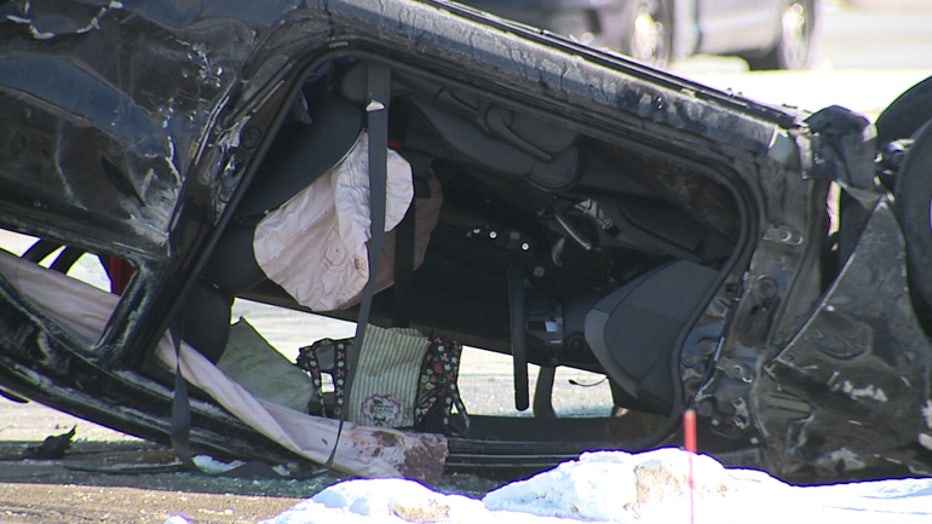 Three people were in the car -- the driver, a woman in the passenger seat, and a child in the back seat. The child, less than a year old, was restrained in a safety seat and did not suffer any injuries. The seat held the child in place upside down.

The female passenger was extricated from the vehicle -- and treated for minor injuries. 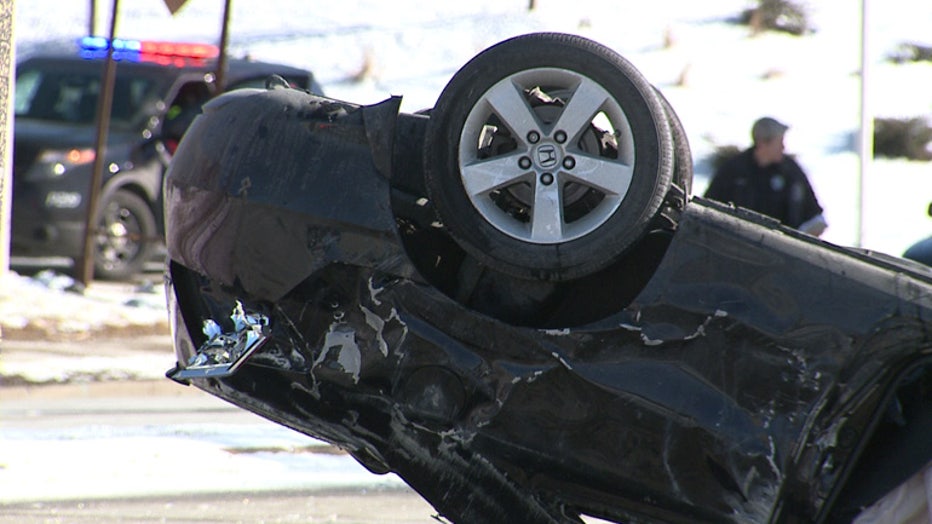 The male driver, a 41-year-old man, had to be extricated by firefighters. He was taken to a hospital and treated for minor injuries. After treatment, he was brought to the Wauwatosa Police Department.

This case could be considered by the Milwaukee County District Attorney's Office either Thursday or Friday. 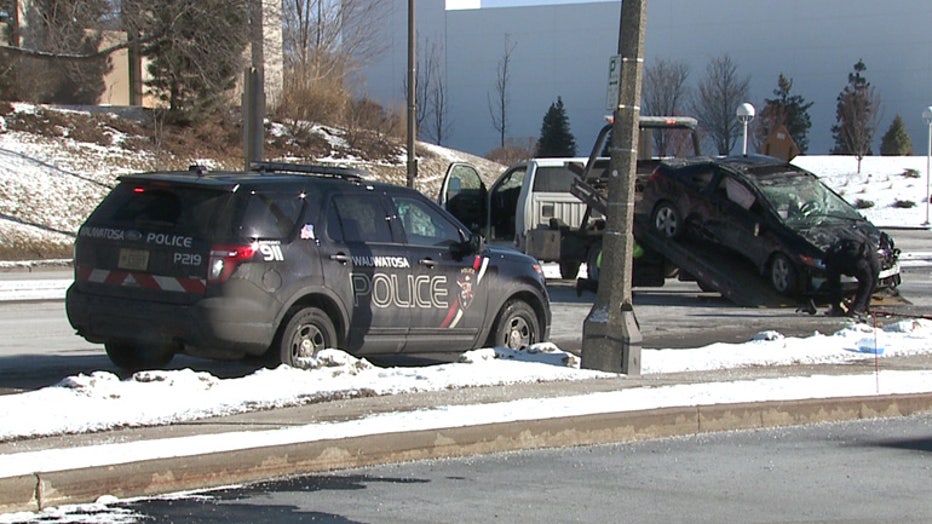