JANESVILLE -- Local, state and federal police are searching for a man suspected in the theft of handguns and rifles from a gun shop in Janesville. The search for the wanted man has led to "soft lockdowns" at several schools in the Janesville area on Thursday, April 6th -- and prompted Janesville schools to stay closed on Friday, April 7th.

Authorities say they received information that 32-year-old Joseph Jakubowski had made threats to steal weapons and use them against public officials or at an unspecified school.

The manhunt has residents on edge.

"Came back here and there was so many FBI swats, and everyone lines up on the sides of the house," said a woman who lives nearby. "My thought was is he in the house, just how everything was set up."

The Rock County Sheriff's Office said in a statement that the Armageddon Gun Shop was burglarized of a "large quantity" of weapons Tuesday night, April 4th -- 18 to be exact -- 16 handguns and two rifles. A vehicle found burned a short distance away is registered to Jakubowski. Authorities say it appears the burglary and vehicle arson are connected. 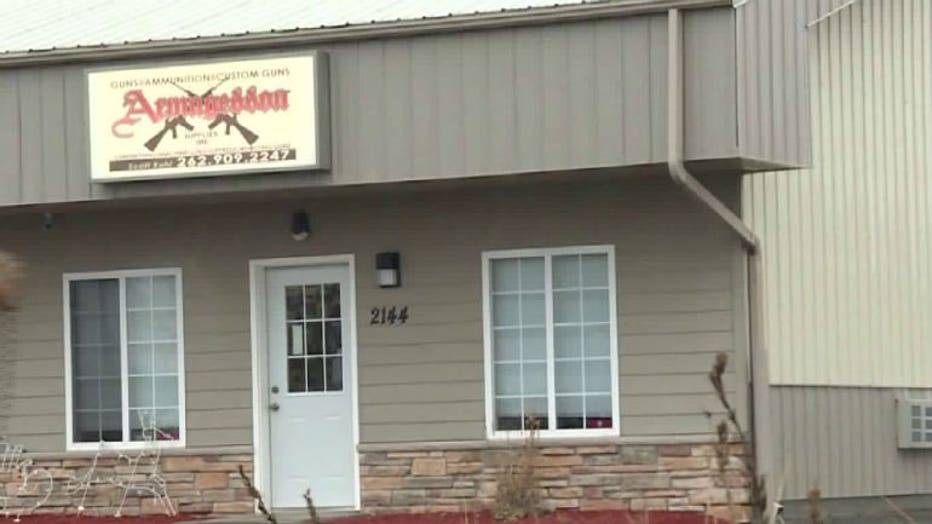 "He had been making some threats to steal weapons and use them as a result of his irritation. His anger was directed towards political issues; there was also the possibly of school shootings," Knudson said.

Thursday morning, someone reported seeing a man with a rifle outside a Janesville Elementary School. No suspect was found.

All Janesville, Edgerton, Milton, Evansville, Beloit Turner, Lake Mills, Whitewater, Palmyra-Eagle, Fort Atkinson Watertown and Waterloo schools were placed into a soft lockdown as a precaution on Thursday morning. That means classes are held but doors to classrooms and the schools are locked. 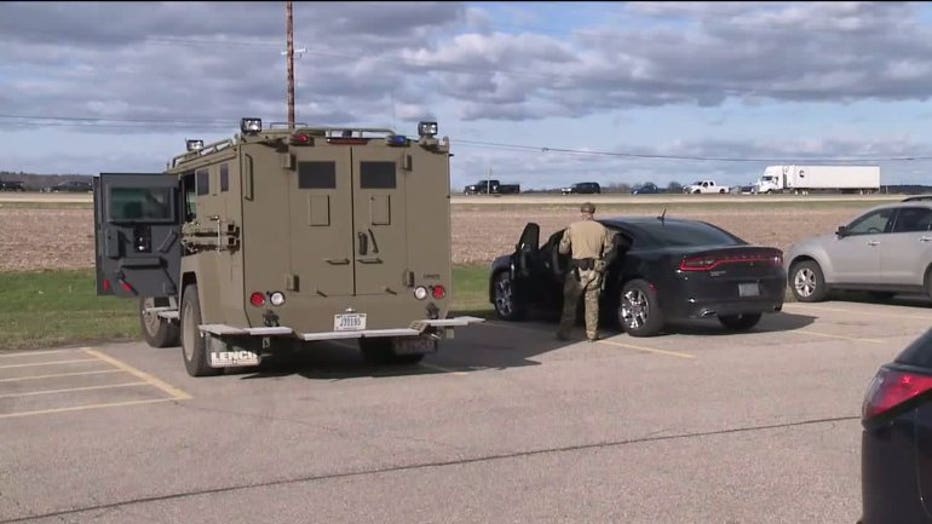 The manhunt continues while neighbors hope it will all be over soon.

"It's a little frightening not knowing where he's at or what his plans are," said a woman who lives nearby.

It is still unknown if the suspicious man spotted with a gun is related to the gun store theft.

Jakubowski, described as a white man, standing 5'10" tall with green eyes and brown hair is WANTED by the Rock County Sheriff's Office.

Anyone with information as to his whereabouts is asked to contact authorities.