WESTFIELD -- After spending their lives helping humans, former lab monkeys are finding solace in the first primate sanctuary in Wisconsin -- located in Westfield. Six monkeys are living at Primates Incorporated -- five retired Rhesus monkeys from labs, and one that was a pet.

"These are Timon and Mars," said Amy Kerwin, Primates Inc. president. "We all are involved in helping the monkeys, because they currently are being used in research to help us."

Kerwin worked in a UW-Madison research lab 15 years ago, and decided she wanted to do more to help the monkeys, so she began planning the sanctuary.

Caretakers like Kimberly Zorn are beloved by the primates.

"Mars is my sweetie pie," said Zorn. "He is so sweet, but can be so much of a stinker."

Mars loves Zorn so much, he offers a sign of trust: 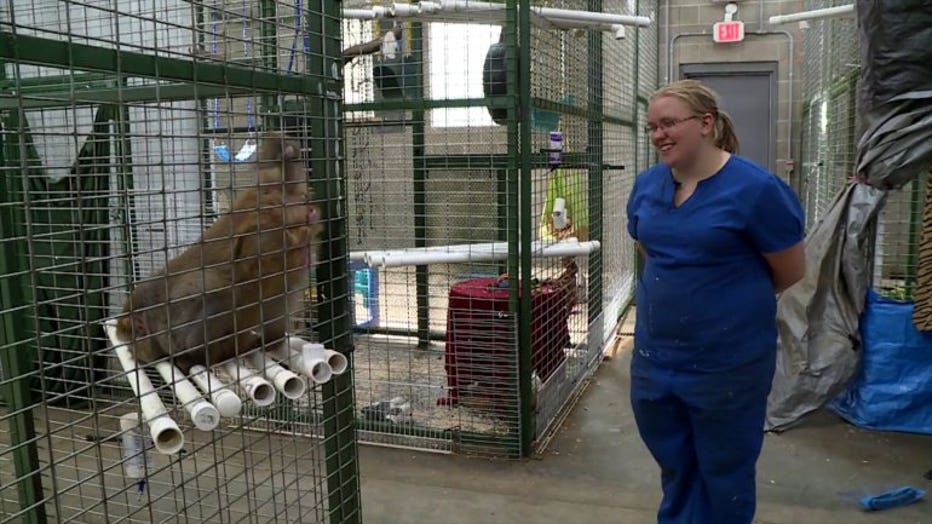 It's something that took time.

"Mars was our biggest," said Kerwin. "We had to rehabilitate him and assess his behavior. He is a larger monkey with some big canines, so it can be dangerous to pair him with anyone."

Timon, Izzle, Batman, River, and Bella are adjusting to retirement at the sanctuary. 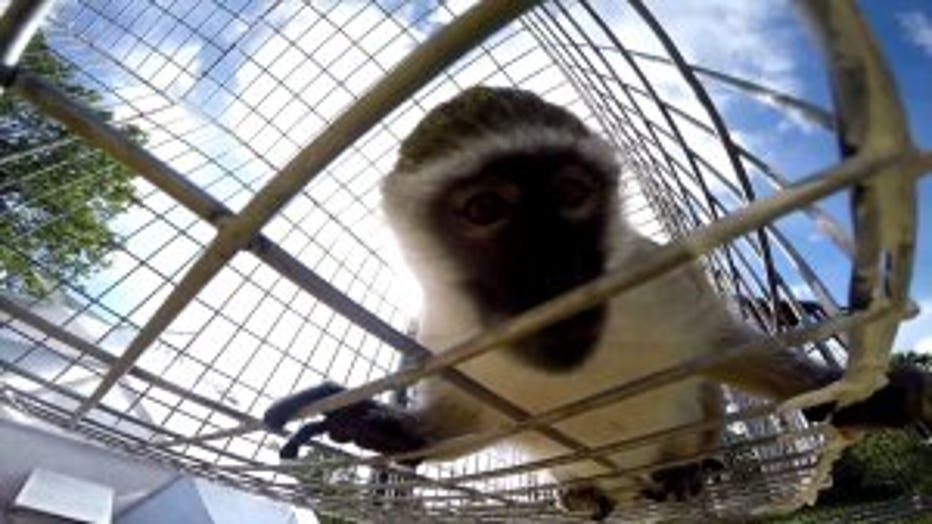 "It is really great to see them to go from not trusting us, to trusting, and for them to just be monkeys finally," said Zorn.

At Primates, Inc., they're able to be themselves in a safe setting -- hanging in swings, eating fresh vegetables and fruit, and picking bugs off one another. Meanwhile, hundreds of thousands of primates are still being used in research facilities. Kerwin said she hopes one day, they'll all live a life like the monkeys at her sanctuary.

"True dream would be the Jane Goodall of Rhesus monkeys, because they are amazing too. They are also primates deserving of respect and retirement," said Kerwin.

"It is great to know that I am helping them and that they are finally getting the life they deserve," said Zorn.

Primates Inc. is a private sanctuary, but guided tours will start soon.