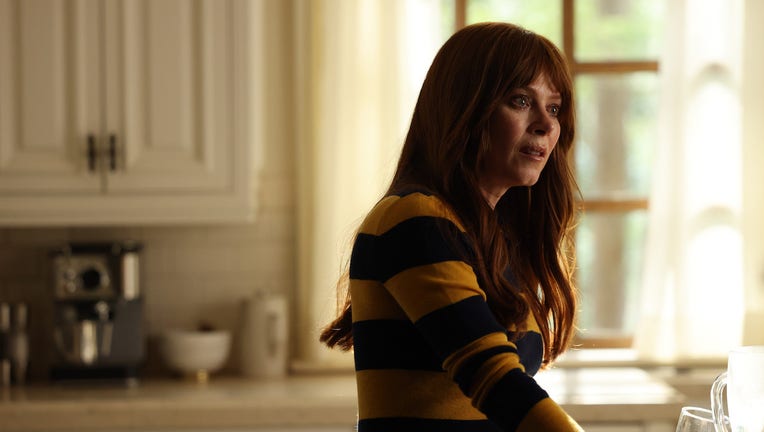 CHICAGO - Welcome back to "Monarch" recaps! In this week’s episode, "Confessions," Nicky and Gigi’s rivalry reignites while Albie tries to write one great song. Miss a week? You can read our recaps and watch On Demand, on FOXNow or on Hulu. This television station is owned by the FOX Corporation.

Welp, the family unity was nice while it lasted. After last week’s sweet debutante ball episode, the Romans are back to their manipulative ways this week. And though we hate to admit it, our beloved stylist Earl (Kevin Cahoon) is kind of to blame for stirring the pot. "Your mama didn’t become an icon by playing nice," Earl tells Nicky (Anna Friel). "And neither will you."

What are you doing, Earl? Everything was going so well!! To be fair, this episode does end with several big emotional reconciliations. But the road the Romans take to get there is tense. So read on for a full breakdown of the absolute rollercoaster ride that was "Confessions."

WATCH FREE ON TUBI: Jennie Garth in "Bad Influence" — get the app

These are my confessions

After Gigi (Beth Ditto) and Luke (Joshua Sasse) quickly process the fact that Catt Phoenix (Martha Higareda) is their half-sister, the week’s main drama shifts back to Gigi and Nicky’s rivalry. Gigi’s explosive career has earned her a spot on Country Music’s 40 under 40 list, which celebrates the hottest up-and-comers from Austin and Nashville. And when Luke suggests that Monarch host the event, Nicky can’t help but feel left out. Especially since she’s still struggling to book a solo tour.

WATCH FREE ON TUBI: "America's Sweethearts: Queens of Nashville" — get the app

Thankfully, Earl — a.k.a. the TMZ of country music — has some handy gossip: One of the three country stars that make up the "Yellow Roses" super group had to drop out of their tour. If Nicky can sub in, she’ll be one step closer to making a true name for herself in the industry. 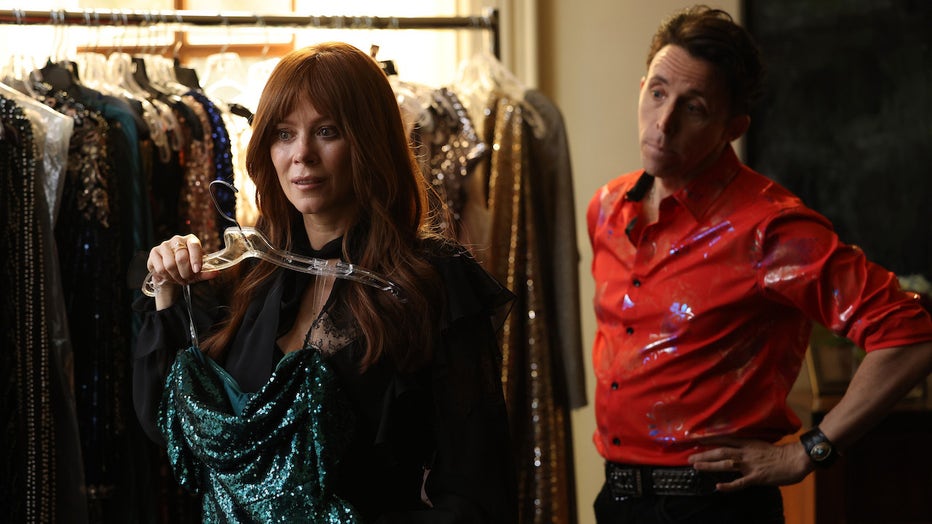 Alas, even though Nicky nails her gender-flipped audition rendition of Luke Bryan’s "Country Boy (Shake It for Me)," the Yellow Roses actually want Gigi for their tour. And that’s when Nicky decides to start playing dirty.

She visits Gigi’s pregnant wife Kayla (Meagan Holder) to tell her that unless Kayla convinces Gigi not to tour, Nicky will reveal Kayla’s affair with Luke. Thankfully, it turns out that Kayla has more of a backbone than we knew. Rather than be blackmailed, she puts her wife’s needs first and tells Gigi she should prioritize this once-in-a-lifetime career opportunity. And though Gigi does wind up turning down the tour to focus on her family, at least it’s a choice she makes authentically, not out of manipulation.

WATCH FREE ON TUBI: "Shania Twain: Empowerment" — get the app

The whole experience also forces Nicky to reckon with who she actually wants to be. In the most dramatic scene of the episode, she shows up at Gigi and Kayla’s door, seemingly to follow through on her blackmail threat. Only instead, she winds up apologizing to Gigi for her attempted backstabbing. 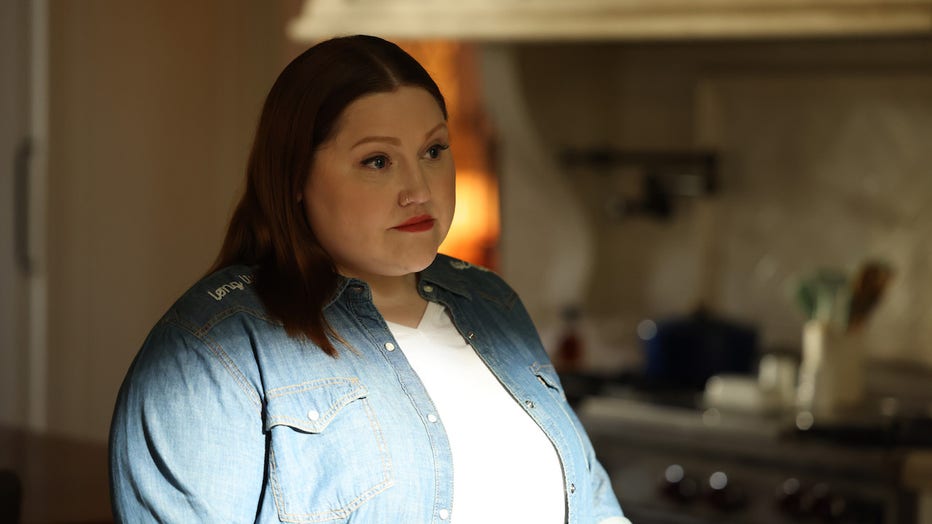 In one of the most moving scenes of the series, Nicky opens up about just how scared and lost she feels as her dream of being a star seems to be slipping further and further away. (After Gigi turns down the Yellow Roses spot, Carrie Underwood winds up nabbing it instead.) "Everything you want, you’re gonna get it," Gigi reassures her big sister, before adding, "Mama was one of a kind, but so are you. I’ve known that my whole life and the world will see it too, I promise."

We love to see these two sisters supporting each another! And Nicky even gets a cosmic reward from the universe when her new boyfriend Jamie Burke (Damon Dayoub) turns down a job offer in LA in order to stick around and be with her.

WATCH FREE ON TUBI: "The Sisterhood of the Traveling Pants" — get the app

Just when I thought I said all I can say

In case all that weren’t enough, "Confessions" also features two dramatic subplots. In one, Ana (Emma Milani) runs away from home all the way back to Albuquerque when she finally learns about her Roman family connection. She’s worried that once word gets out, everyone will assume she only made it in the industry because of her family lineage, not her talent. And, let’s be real, she’s also more than a little concerned about what this means for her romantic future with her (kind of) cousin, Ace (Iñigo Pascual). 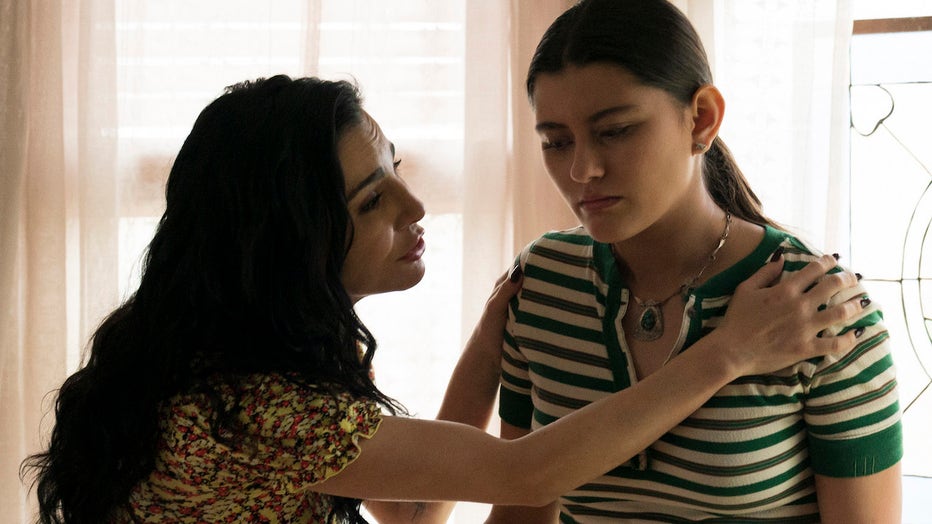 But don’t fret, fans of young, confusing love affairs! Though Ace promises his mom that he’s going to be "just family" with Ana, he travels to Albuquerque to bring her home, helps her get her mojo back with an onstage duet at a random dive bar and takes a "we’ll figure it out" approach that leaves Ana smiling. Looks like things aren’t over yet for our favorite cousin-lovers after all!

WATCH FREE ON TUBI: Orlando Bloom onstage in Romeo & Juliet — get the app

Elsewhere, Albie (Trace Adkins) gets one of his strongest storylines of the season when Jamie pushes him to round out his new album with one last song that really ties everything together. That’s when Albie writes the ballad that gives this episode its title — a confession of exactly how he killed Clive (Adam Croasdell).

It’s a brilliant blending of the murder mystery and music industry sides of "Monarch" — not to mention a chillingly great song in its own right. And though Luke and Nicky are absolutely aghast at the thought of Albie putting a literal murder confession out into the world, he maintains that no one will think twice about his standard country music lyrics. 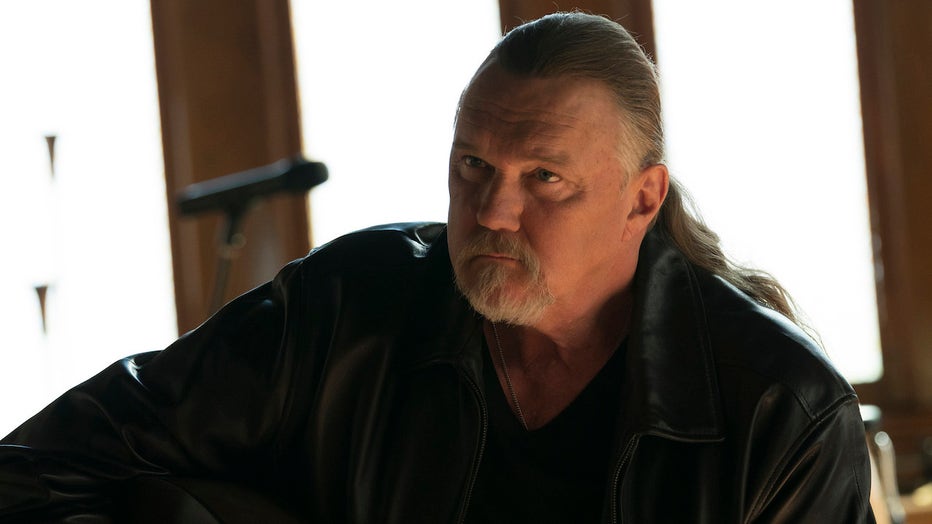 And that’s not all. To reassure Nicky that he has her back no matter what, Albie drops a bombshell: Though he served three years for drunk driving manslaughter decades ago, it turns out he wasn’t actually behind the wheel when it happened. No, the real drunk driver was.... district attorney Tripp DeWitt (D.W. Moffett)! Albie decided to take the fall because he didn’t think he had the same bright future as Tripp. So that’s the 40-year-old debt Tripp is still paying off.

WATCH FREE ON TUBI: "Home Is Where the Killer Is"— get the app

Speculation corner: If I'm gonna tell it then I gotta tell it all

Speaking of Tripp, he’s still moving forward with his investigation into Clive’s disappearance, especially once DNA testing reveals that the blood in Clive’s car doesn’t belong to Albie. Tripp deduces that it must belong to one of Albie’s kids instead. And in one of the best twists of the episode, it turns out the new Titled Wheel bartender Willa (Valerie LeBlanc) is actually an undercover detective who secretly collects DNA samples from Nicky, Gigi and Luke. Uh oh!

Oh, and in case all that weren’t enough, Luke also reaches out to accept a job offer from a high-powered exec played by "Desperate Housewives" star Marcia Cross! Looks like the world of "Monarch" is getting bigger by the minute.

Best musical performance: I guess I gotta give you part two of my confessions 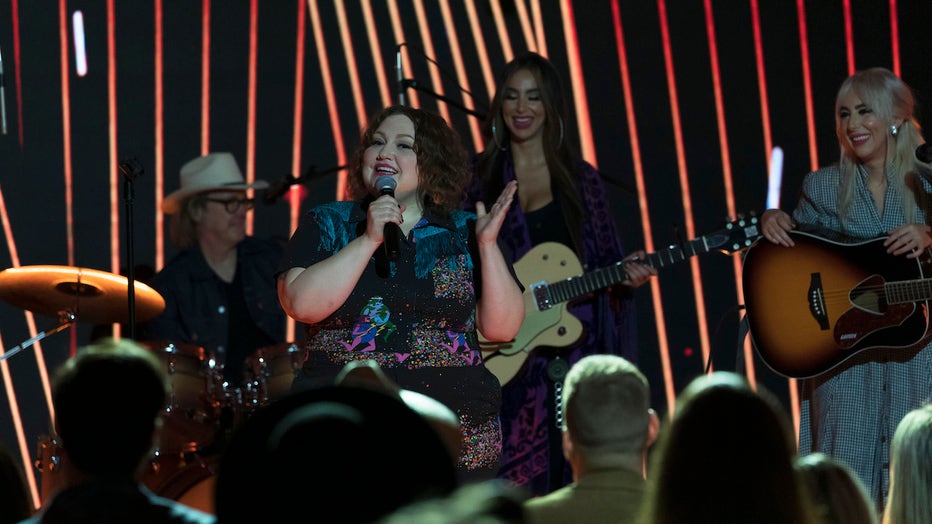 Our resident cousin-lovers Ace and Ana embrace the campy side of "Monarch" with their flirty duet on Andy Grammer’s "Fresh Eyes," while the Roman daughters don’t disappoint with Nicky’s take on Luke Bryan’s "Country Boy (Shake It for Me)" and Gigi’s stellar performance of Carrie Underwood’s "Before He Cheats."

But Jamie calls Albie’s new song "Gates of Hell" a "damn masterpiece" and we’re inclined to agree. What a great, haunting country ballad.

WATCH FREE ON TUBI: Trace Adkins stars in "Stagecoach: The Texas Jack Story" — get the app

The Dolly Parton Story: From Rags to Rhinestones (2020): This one-hour documentary traces Dolly Parton’s journey from a childhood sharing a bed with several of her 12 siblings (and wearing a certain coat of many colors) to country music fame and mainstream superstardom. Rated TV-PG. 54 minutes. Documentary. Dir: Finlay Bald. Featuring: Dolly Parton, April Watts.

"The Dolly Parton Story: From Rags to Rhinestones " is streaming free on Tubi — get the app

How to watch "Monarch"

"Monarch" airs Tuesdays at 9 p.m. EST on FOX. If you’d prefer to stream, you can boot-scoot on over to FOXNow or watch via Hulu.