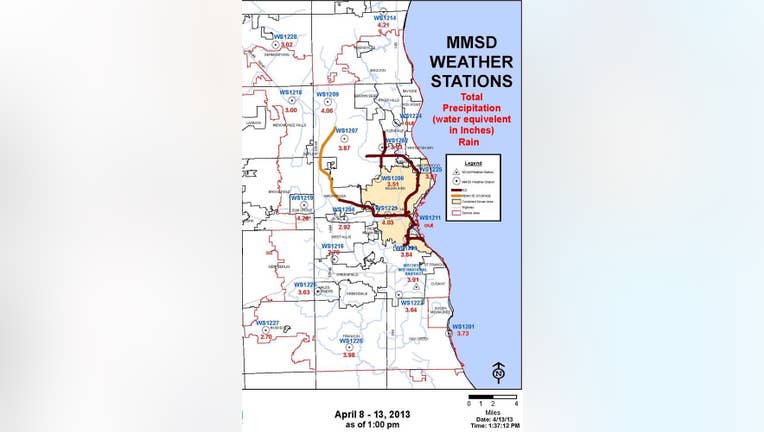 MILWAUKEE (WITI) -- The Milwaukee Metropolitan Sewerage District (MMSD) is reporting the following information to the Wisconsin Department of Natural Resources regarding sewer overflows that resulted from heavy rain April 8 through 12, 2013.

MMSD took emergency steps to increase treatment capacity and reduce the volume of combined sewer overflows by conducting combined sewerage treatment at the Jones Island Water Reclamation Facility starting around 5:30 p.m. on April 9 through 4:15 a.m. on April 13.  The volume for that emergency treatment procedure is estimated at 201 million gallons.  Combined sewerage treatment involves pumping water directly out of the Deep Tunnel into disinfection chambers at Jones Island.  The treatment process is used during heavy storms and meets State and Federal standards for fully treated wastewater.