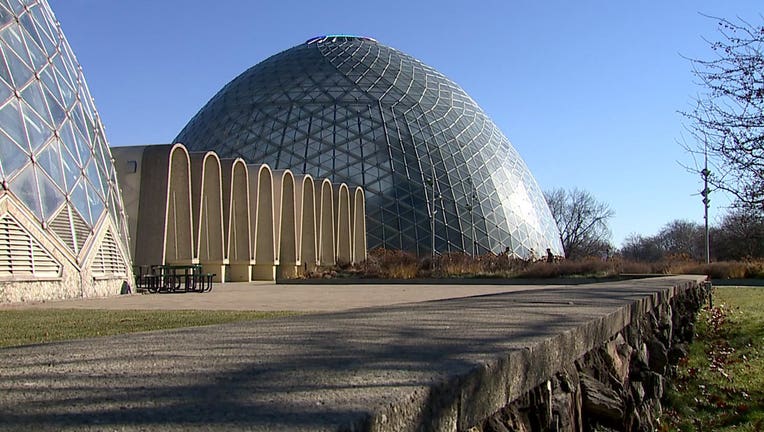 The show, with the theme 'Barrio Train' features over 700 feet of model train tracks circling through the floral show dome.

A news release says the Winter Train Show also includes 'Sticker Wednesdays' - visitors on any Wednesday during the train Show will receive a free sticker, and during February, 'Late Night Thursdays' will return, with admission extended to 8 p.m. on Thursday nights.

The Barrio Train will run until April 3.

Milwaukee Bucks forward Giannis Antetokounmpo has been named a starter for the 2022 NBA All-Star Game, the league announced Thursday, Jan. 27.

Milwaukee Museum Days is going on through this Sunday at more than 20 area museums and Betty Brinn Children’s Museum is one of them.

Lake Michigan is actually covered more in ice right now than it typically is this time of year. FOX6's Tom Wachs explains.