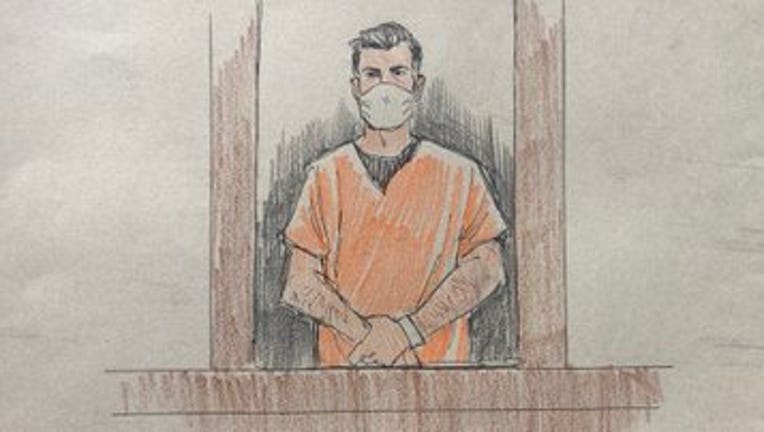 Thomas Lane stands before the judge on Thursday.

MINNEAPOLIS (FOX 9) - In a new filing in the case against a now-fired Minneapolis police officer involved in the killing of George Floyd, the officer’s attorney alleged that Floyd overdosed on fentanyl while resisting arrest and in doing so contributed to his own death, arguing the charges against the officer should be dropped.

In Monday’s filing, Gray doubled down on the idea that Floyd swallowed drugs while the officers were attempting to take him into custody, pointing to the disappearance of a white spot on Floyd’s tongue in the body camera video. He argues it looks like “2 milligrams of fentanyl, a lethal dose.”

“All he had to do is sit in the police car, like every other defendant who is initially arrested. While attempting to avoid his arrest, all by himself, Mr. Floyd overdosed on Fentanyl,” the court documents read. "Given his intoxication level, breathing would have been difficult at best. Mr. Floyd’s intentional failure to obey commands, coupled with his overdosing, contributed to his own death."

The Hennepin County Medical Examiner’s autopsy report says toxicology testing found fentanyl and evidence of recent methamphetamine use in Floyd’s system. But the report ultimately ruled the death of George Floyd a homicide. The updated version of the medical examiner's report states that on May 25, George Floyd experienced a "cardiopulmonary arrest while being restrained by law enforcement officers."

A separate autopsy ordered by Floyd's family and released by attorney Benjamin Crump determined that asphyxia from sustained pressure was the cause of death. The additional autopsy was conducted after the family said that the Hennepin County Medical Examiner's findings "do not address in detail the effect of the purposeful use of force on Mr. Floyd's neck and the extent of Mr. Floyd's suffering at the hands of police."

Floyd died on May 25 while being detained by Minneapolis police officers, including Lane, who held down Floyd’s legs while officer Derek Chauvin pressed his knee into Floyd’s neck. Chauvin is charged with second-degree murder, third-degree murder and second-degree manslaughter in Floyd’s death while the other two officers involved, J. Alexander Kueng and Tou Thao, are facing the same two aiding and abetting charges as Lane.

Lane’s attorney is expected to present his arguments for dismissing the charges against the former officer at the next court hearing in the case on Sept. 11.

City of Minneapolis pushes back reopening of street at Floyd memorial