New video shows two people vandalizing a Milwaukee women's resource center. The executive director said one of the two is a former employee.

The Convergence Resource Center said one of the culprits is a former employee who allegedly used an ice pick to break in.

Lassiter said the former employee threatened to kill her. She and another woman hid as the tandem trashed the place. Shortly after the two caused damage and left, police officers arrived with guns drawn.

"We watched it while it was happening. For me, it’s not difficult to watch because it is just things. It’s stuff that can be replaced," Lassiter said. 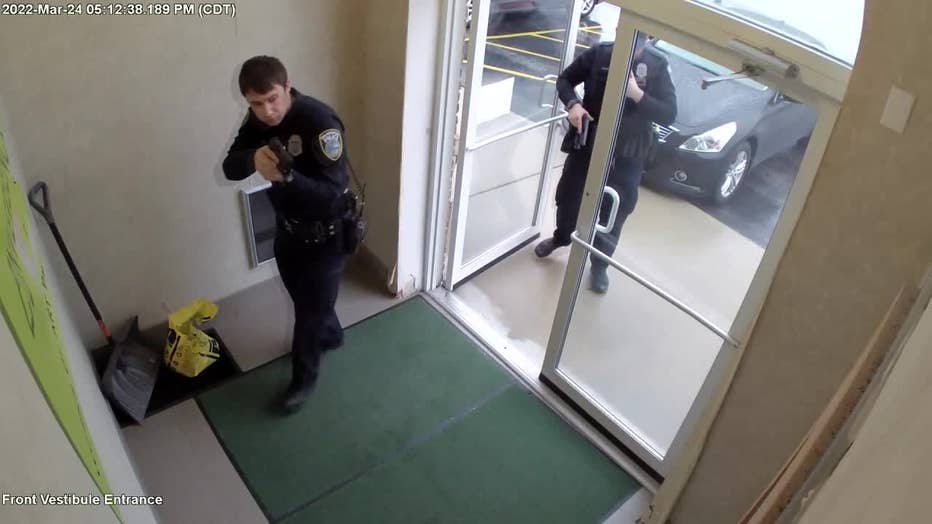 The broken items have been replaced, and after learning what happened, volunteers helped clean up the mess.

"When you need this city, the city comes out. And Milwaukee showed up for us. They were here," said Lassiter.

Lassiter said, despite the recent drama, the center has remained focused on helping victims of sex trafficking.

Police have identified the woman involved, but not the man. FOX6 News is not naming the woman because charges have not been filed.

"You can’t walk into an agency that is helping people, right next store to a day care, and do things like this and there not be repercussions. There has to be," said Lassiter.

Milwaukee police continue to look for both people who caused the damage.

Milwaukee neighbors near 5th and Becher said they have heard a shooting in their neighborhood before, but nothing like what they heard Tuesday.