A Milwaukee Uber driver says he was attacked on the job while trying to keep himself and others safe -- blindsided and injured over mask protocols.

MILWAUKEE - Warning: The images associated with this story and the video above may be disturbing to some viewers.

A Milwaukee Uber driver says he was attacked on the job while trying to keep himself and others safe -- blindsided and injured over mask protocols.

With blood pouring from his eye, Waseem Aldhari managed to catch the man on camera who he alleges caused the injury. It was an incident that Aldhari said scarred him physically and emotionally.

Aldhari said he was picking up a group of passengers who requested a ride when one of the men in the group became rude and violent.

"I see him open the mask here and one not use it, I said please this is for the community can use the mask. He started giving me bad words," said Aldhari.

Aldhari asked them to get out of the car, when the encounter became violent.

"He comes to my door, he punched my door and my window. I said, 'Why are you do me like that? Calm down,'" Aldhari said. "I get my video to take it, when I record I turn like this. I couldn’t see anything, just punched my eye and I was bleeding."

When Aldhari looked for help...

"I called the police to come help me, not to give me a ticket citation," said Aldhari, 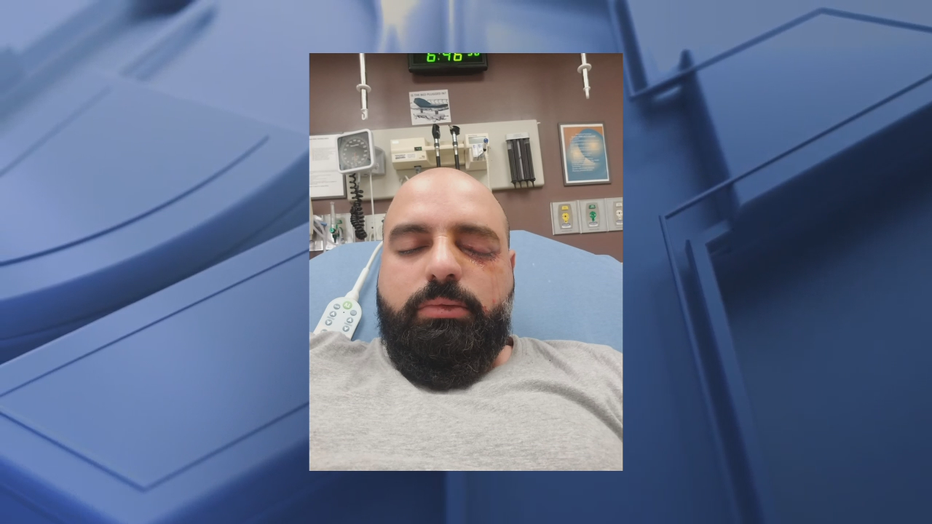 Come Friday, April 30, police said criminal charges will be referred to the Milwaukee County District Attorney's Office. Meanwhile, as stitches heal, other wounds from the incident have not.

"I should be looking for another job. This is not a safe job," Aldhari said.

He is installing a camera on his vehicle for his own general safety.

"We respect the law, all the people under the law will see what the judge can say and ask my lawyer -- I was doing my job," said Aldhari.

Milwaukee police squad involved in crash near 27th and Burleigh

Police are investigating a two-car crash involving a Milwaukee police squad car near 27th and Burleigh shortly before noon on Friday, April 30.

Milwaukee police say a 21-year-old man was shot and later died of his injuries on Friday morning, April 30.