The iconic Trinity Evangelical Lutheran Church near 9th and Highland in Milwaukee went up in flames on May 15, 2018.

MILWAUKEE - The iconic Trinity Evangelical Lutheran Church near 9th and Highland in Milwaukee went up in flames on May 15, 2018.

"We know for those who love God all things work for the good, and so from this devastation will also come renewal," said Pastor Doug Peters. "We've already seen this. In fact, immediately following the fire, the congregation committed themselves to restoring Trinity as both a beacon of light and faith here in Milwaukee." 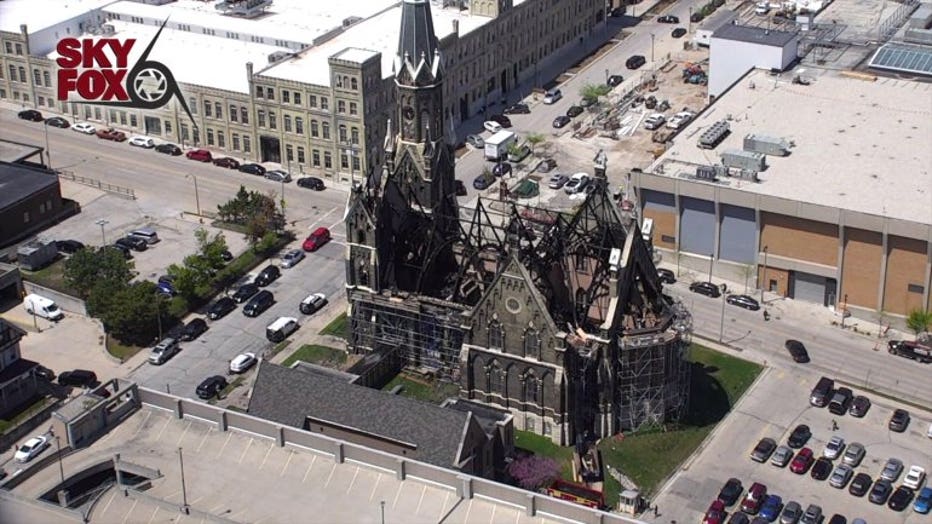 Built in 1878, the church was destroyed in a matter of hours.

According to a lawsuit filed against a contractor and its insurers, it was sparked by a grinder used on a gutter during a renovation project.