MILWAUKEE — Overnight in dozens of cities across the U.S., the electric scooters arrive, often without warning to public officials, parked along sidewalks and ready to be taken for a spin with a few taps on a smartphone.

It's not long before they attract attention — and it's not always positive: Lawsuits and cease-and-desist orders have sometimes followed the arrival of California-based companies Bird Rides Inc., LimeBike and Spin, with city officials saying the scooters aren't legal to operate on streets or the sidewalks where they get dangerously close to pedestrians. And because the scooters are dockless, they're parked anywhere when a ride is over, causing cities heartburn over blocked sidewalks. 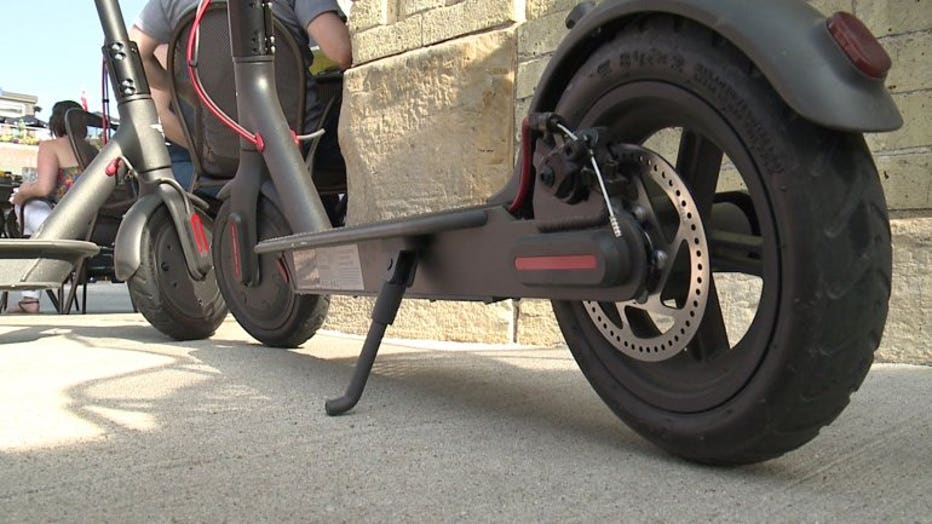 On Friday, Milwaukee will ask a judge to order Bird to remove its scooters from the city. It will be the first time a complaint against Bird will be argued in court, potentially providing the first judicial opinion for the cities scrambling to figure out how to deal with the startups.

Milwaukee sued after sending Bird a cease-and-desist letter on June 28, a day after 100 scooters arrived "in a similar, overnight, surprise fashion" other places have experienced, according to the lawsuit. Bird, which operates in 18 cities and is also refusing to comply with a cease-and-desist order from Indianapolis, contends their scooters are legal for street use, just like bicycles and other "mobility devices." It says the company wants to work with Milwaukee "to create and enforce common sense rules encouraging the safe use" of the scooters that residents "have begun to adopt enthusiastically." 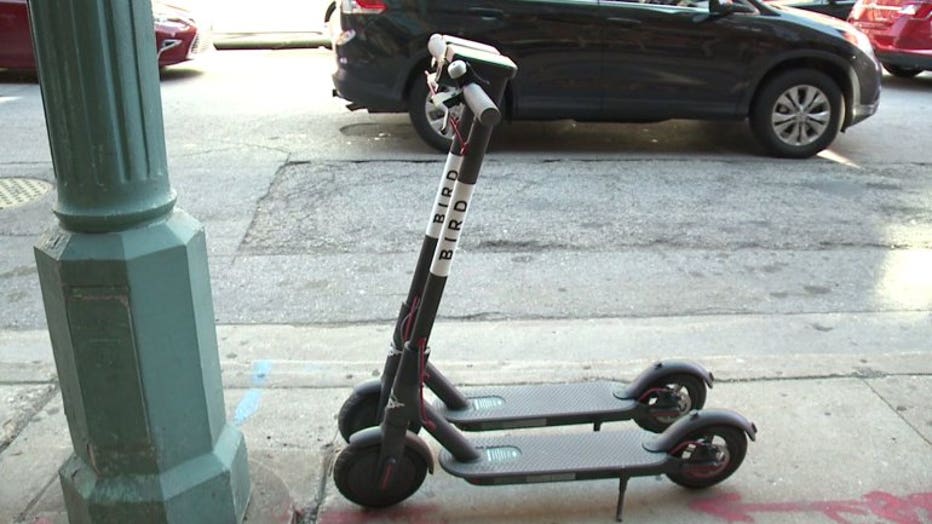 Bird was founded by Travis VanderZanden, a former top executive at Uber and Lyft. The clashes over the scooters are reminiscent of the early days of those ridesharing companies, which launched in places with no regulatory framework before building public support and triggering a flurry of legislative activity that ultimately legitimized their businesses.

"It's a very defiant position they're taking as if laws don't matter, they don't apply to us, we're going to do what we please, when we please," said Milwaukee Alderman Robert Bauman.

Nashville, Tennessee, sued last month before impounding all of Bird's scooters. The city since dropped its lawsuit and is working on regulations for the scooters. In San Francisco, the city banned the scooters on June 4, requiring Bird and other companies, to apply for permits before returning. 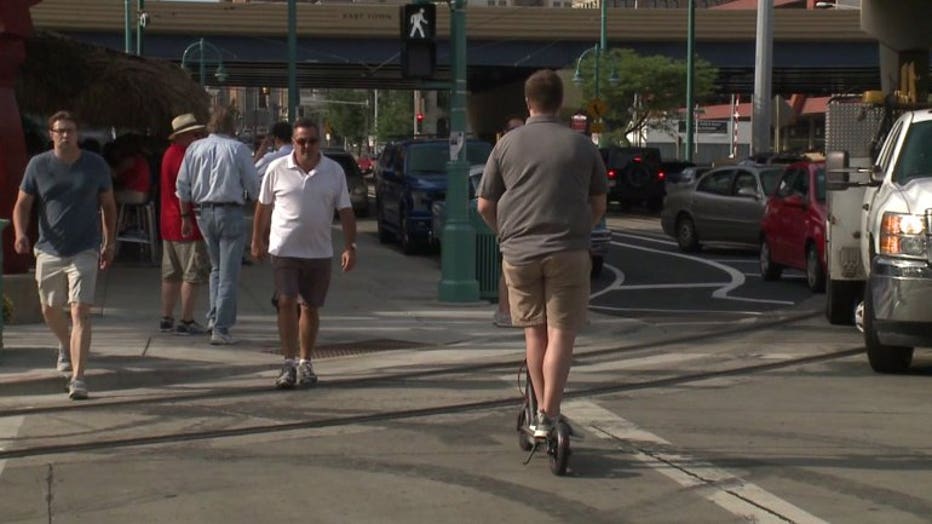 The scooters can go up to 15 mph (24 kph). Picking one up is a simple process. The Bird app shows where they're available. Riders, who must scan in their driver's license, unlock one by scanning a bar code for an initial charge of $1. It then costs 15 cents a minute to ride one. Once done, riders take a picture of where they left the scooter to make sure it's properly parked. Bird picks up the scooters each night and inspects them before putting them back the next day.

"It's really fun, super fast," said Kirby Bridges, a 28-year-old Milwaukee resident who was taking one of her first rides downtown Wednesday. "But I can also see how it can potentially be really pretty dangerous so I totally understand why there would be a lawsuit."

Although the app advises customers not to ride on sidewalks, that hasn't stopped them, and cities have complained the scooters are sometimes left in places where they obstruct sidewalks. In Denver, for example, public works officials removed Bird scooters because they were taking up space on public rights of way, said Nancy Kuhn, a spokeswoman for the agency. Denver also ordered LimeBike, which is in 30 cities, to cease operations until regulations are in place.

In Milwaukee, Bauman said he's willing to consider regulations for the scooters if Wisconsin law is changed so they can be deemed legal vehicles that can then be registered. But he said they should be used only on streets, not sidewalks.

Riders "can take their chances with dump trucks and cement trucks and buses and street cars and motor vehicles of all sorts. Have at it," he said.

Other places have been more welcoming to the scooter companies. In Minneapolis, officials moved to regulate the scooters after they appeared, with the City Council giving initial approval this week to an ordinance to license them and establish parking rules. Memphis, Tennessee, last month set up an agreement with Bird that includes parking regulations.

A June 29 column in The Commercial Appeal in Memphis in support of the scooters said they "can help riders zip to those final blocks where the bus stopped short."