MILWAUKEE -- Officials with the City of Milwaukee Health Department released a statement Saturday, Feb. 29 in the wake of the shooting at Miller Brewery Wednesday, Feb. 26 that took the lives of five Molson Coors employees -- gunned down by a co-worker at the sprawling brewery complex on Milwaukee's west side.

In an email to Miller Brewery employees Saturday, company leaders announced the office will open Monday, March 2 — with workers having the option to return, but they’re not required to do so. There will be extra security throughout the Miller Valley, the email said.

Jesus Valle leaves behind a wife, two young children, and many family members. FOX6 News spoke with Valle's cousin who shared some of his favorite memories -- and a message to the community. 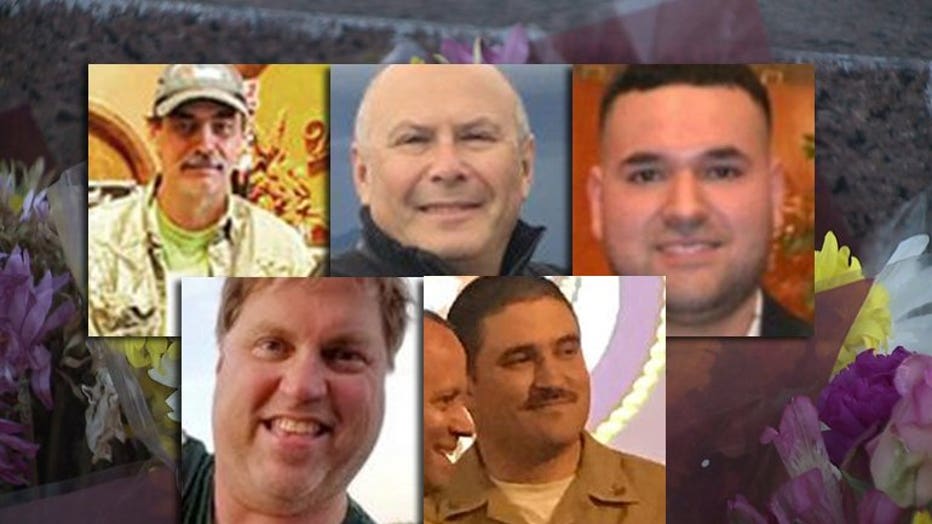 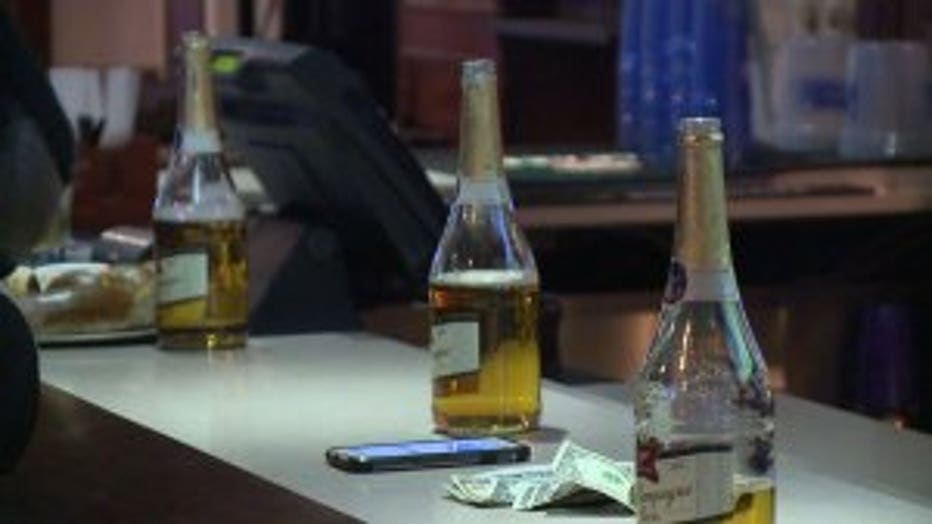 Customers who purchased Miller products at Dugout 54 on Bluemound Road near Hawley Road and about a dozen other bars in the Greater Milwaukee area Saturday night, Feb. 29 donated a portion of their payment to a fund for the families.

"The tragedy is unbelievable, and we're just trying to give back to the families that support us," said Dave Grycan, co-owner. "Another senseless act of violence -- for what?"

"It was very surprising, very shocking," said Jeff Voss, customer. "I think it`s great, as the community is coming together."

Some were only able to donate the few coins and dollars they had to spare -- wishing they could do more for those feeling the pain most. 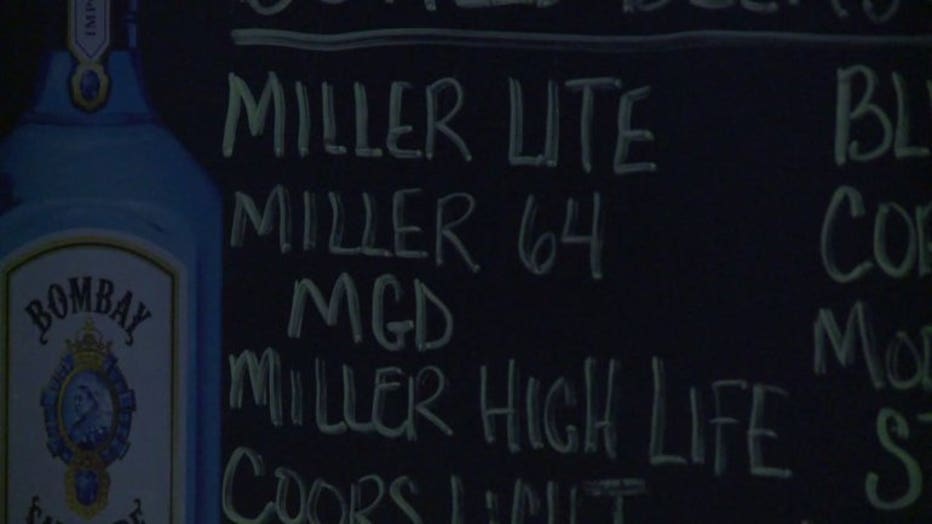 Brew City Brand is supporting the victims of the Miller Brewery shooting with #MillerStrong T-shirts. 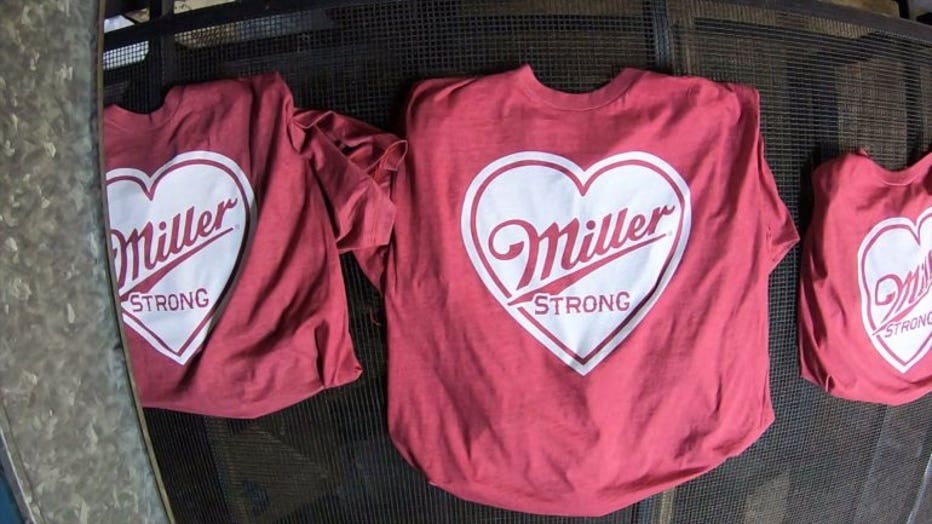 Wisconsin Harley-Davidsonscheduled a St. Patrick's-themed March 17 fundraiser to collect monetary donations for the families from 10 a.m. to 5 p.m.  Wisconsin Harley will donate $1 of every green Miller Lite beer sold to the families affected by the shooting.

Monetary donations can be made through the event’s website here.

A Butler kindergartener made it her mission to create cards for every Miller employee -- using her creativity to show support.

Erin Reynolds, manager at McBob's Pub and Grill started a collection for the victims' families.

"We're running a special, between now and Sunday night (March 1), $1 of all Miller Coors sales, $1 of each sale, will go to the families -- to the victims of this tragedy," Reynolds said.

McBob's, Spitfires on State, and Saz's State House were all there to comfort workers in the moments after the mass shooting at Miller.

A "Milwaukee Strong" vigil for the Miller Brewery shooting victims was scheduled for Sunday, March 1 from 6 p.m. to 7:30 p.m. at City Hall, hosted by the following agencies: 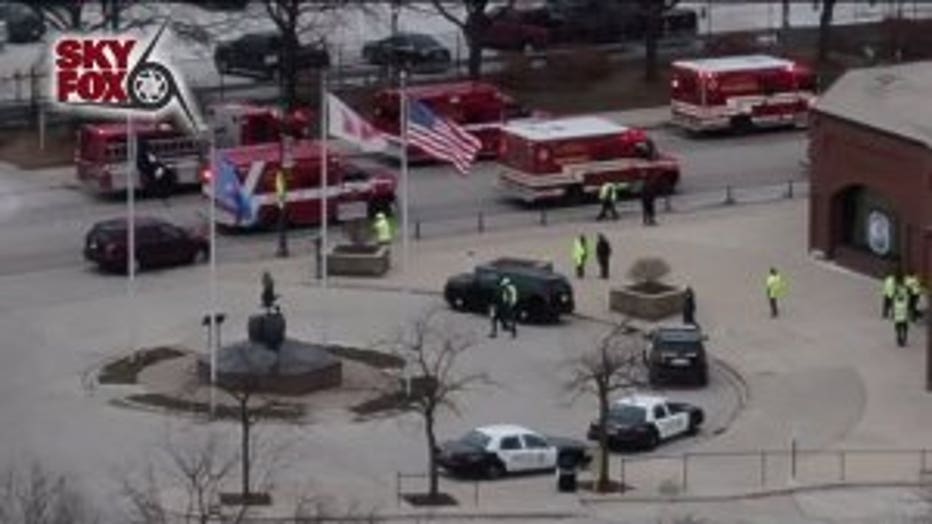 Milwaukee Mayor Tom Barrett will be among the speakers honoring the lives lost.

"The Miller family has been part of Milwaukee for 165 years," Barrett said. "They've been there for us. I think it's important for us to be there for them."

"We will be giving out information on the crisis hotline," said Darryl Morin, lead organizer of the 80% Coalition. "We want people to know that there's always somebody who can hear, who can help. We are there to support you."

A community vigil was scheduled for Monday, March 2, beginning at 5 p.m. at the Church of the Gesu (1145 W. Wisconsin Avenue).

Doors open at 4:30 p.m. with a program to begin at 5 p.m. Pastor Lisa Bates-Froiland from Redeemer Lutheran Church will preside over the vigil. Reflections will also be offered by community and spiritual leaders, including Marquette President Michael Lovell. 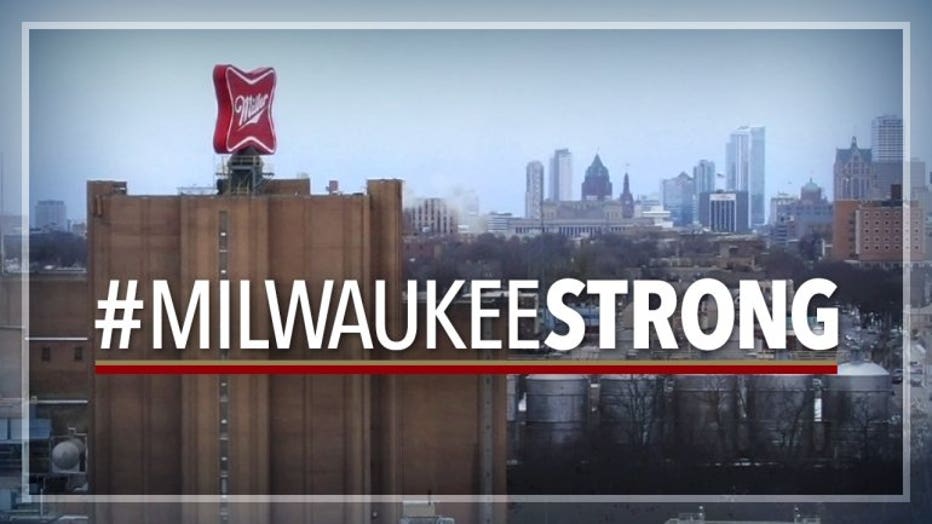 "The City of Milwaukee Health Department joins Mayor Tom Barrett and our entire community in mourning the tragic loss of six employees at the Molson Coors plant this week. From domestic-violence-related shootings to the mass shooting at Molson Coors, gun violence has taken a significant toll on our community so far this year. We are thankful for all of the dedicated emergency services personnel who responded to the scene. We are also thank for our partners including the Milwaukee County Behavioral Health Division and the Salvation Army Chaplaincy program for providing comfort and mental health support to families and colleagues impacted by this tragedy. Everyday we work with community partners to prevent, intervene, and heal from violence. Our call to action is for residents to reflect on our individual and collective roles to make our homes, neighborhoods, and workplaces safer for all. No one should be subject to fear harassment, abuse, or homicide anywhere in our community."

"According to the Centers for Disease Control and Prevention, mass shootings account for two percent of annual gun fatalities in the United States. Although mass shootings are rare, their impact is often felt far and wide. We must maintain the same level of concern for daily gun violence. We urge state leaders to take action to support local efforts to prevent and reduce gun violence. Measures such as Universal Background Checks and Emergency Risk Protection Orders can have a profound effect on reducing suicides and domestic violence related shootings and homicides. In addition, we call on state leaders to support measures to establish a statewide violence prevention fund to support community-level, evidence-informed strategies that are proven to reduce gun violence and promote safe and healthy communities."

"Milwaukee’s Blueprint for Peace contains six goals and 30 strategies for preventing and reducing violence in Milwaukee. Its implementation calls for a comprehensive approach to addressing the issue and we believe it has already contributed to a decline in homicides and non-fatal shootings in recent years. With proper support and investment, these declines can continue. Given the pace of homicides and non-fatal shootings this year, the time to act is now and we call on state and federal officials to take courageous action to invest in local community-based violence prevention efforts."

“The tragedy at Molson Coors and the 20 homicides in our city that preceded it were all preventable when viewing violence as a preventable public health issue. My heart goes out to all of the families impacted by senseless gun violence in our city. When is enough going to be enough for those in the state Legislature to act? How many more lives will it take for them to act courageously to prevent the next local or mass shooting in our state? There are few issues greater than ending gun violence that should inform our civic duty in upcoming elections. Any further inaction on this issue would be cowardly and heartless.” – Reggie Moore, director, City of Milwaukee Health Department Office of Violence Prevention

“We are deeply saddened and extend our hearts to those impacted by the tragic loss of loved ones, friends, colleagues, and co-workers. Workplace violence, just as violence in general, is often the result of unresolved trauma or conflict within oneself or with others. As we all grieve and learn more about what has occurred, I would like to remind the community that our Office of Violence Prevention is committed to working with anyone willing to do everything possible to eradicate gun violence in our city.” – Dr. Jeanette Kowalik, Commissioner of Health, City of Milwaukee Health Department