Milwaukee car thieves taunt police, ‘catch us if you can’

A woman's car, stolen from Milwaukee's south side, was found with its windows busted, outside scraped and interior destroyed.

MILWAUKEE - A woman's car, stolen from Milwaukee's south side, was found with its windows busted, outside scraped and interior destroyed.

Camille Tracy said, while she is happy to have her car back, it is not what she expected.

"It was heartbreaking almost," Tracy said. "It was definitely surreal. I ran out the front door, I looked down the street and just to see if I parked somewhere I didn’t remember."

Tracy bought the Kia Forte just months ago. Police found it the day after it was stolen from the area of 30th and Cleveland.

"Walking up to my car, it was hard to see that there was only one window left in it and it was disgusting inside," said Tracy. "All of my seats had cigarette holes burned into them. There was a big urine smell. There was blood, everything. It was horrible." 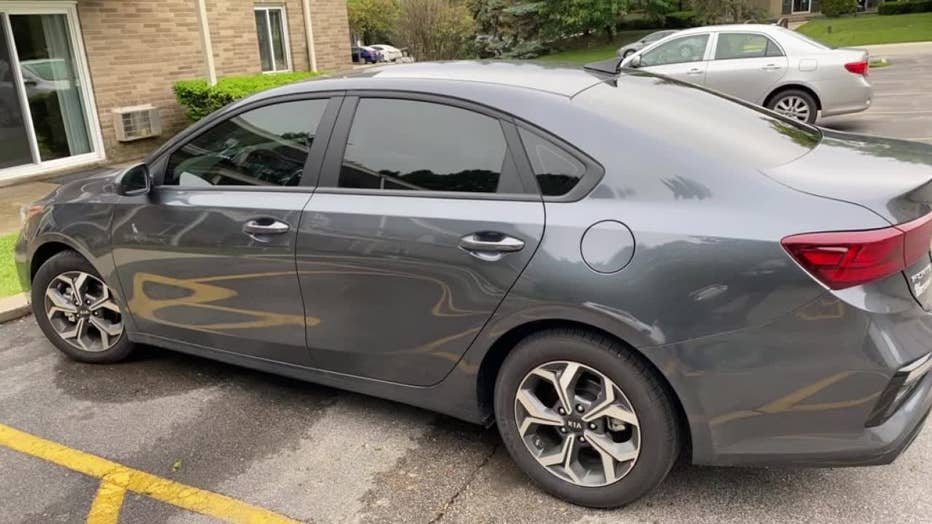 Two graphic notes written in permanent marker were left with the car – one on the window, the other on a t-shirt inside talking about the "Kia Boys" and taunting police: "Catch us if you can."

"It was frustrating because it was like basically, we know you’re not going to catch me, so we’re just going to keep doing it," said Tracy.

"I put my hard-earned money into my car, and it’s disheartening," Tracy said.

Upset but determined, Tracy hopes the criminal will be caught. No arrests have been made in the case thus far.

"I don’t want anyone else to have to look out their window and see that their car is gone," said Tracy.

Tracy not only called the police, but she also called Kia – asking the manufacturer to do something about the thefts. She has also created a GoFundMe online fundraiser to help with expenses.

COVID-19 and the pandemic are touching all parts of society including the court system in Milwaukee County. While jury trials resumed last summer, the courts are dealing with a backlog of cases – especially the criminal variety.