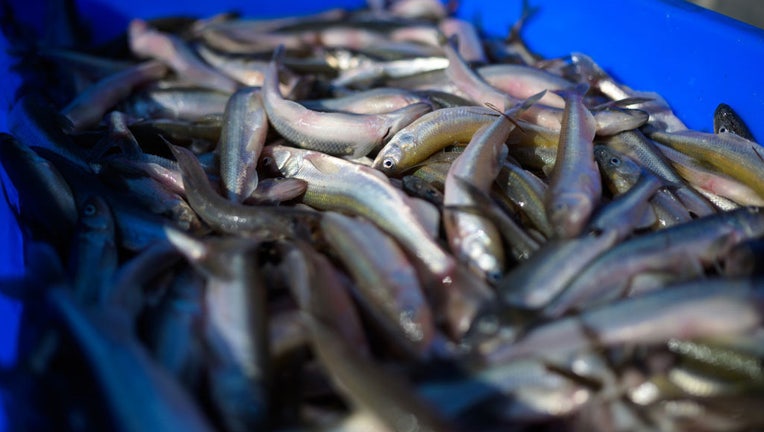 MILWAUKEE - Port Milwaukee is temporarily expanding public access hours for the area under the Hoan Bridge to accommodate requests from residents who wish to take part in Wisconsin’s traditional smelting season.

Smelts are a family of small fish found in the North Atlantic and North Pacific Oceans, as well as in North American rivers, streams and lakes, including the Great Lakes. Every year, Wisconsinites flock to the shores of Lake Michigan from late-March to early-April to fish for smelt and take advantage of this rich tradition on Milwaukee’s waterfront.

A news release says effective now through April 22, the expanded public access hours under the Hoan Bridge will be from 8 p.m. to midnight nightly. This area will be closed from midnight to 3 a.m. nightly during this time period.

A dedicated Port security guard will be on site to ensure all safety and security measures are followed by members of the public. Residents are reminded about existing public access guidance for Jones Island.

Members of the public are reminded that all tents, waste, and other fishing-related equipment must be removed from under the Hoan Bridge on a nightly basis.

An Amber Alert has been issued for 3-month-old Anthony Crudup Jr. He was last seen around 12:30 a.m. Wednesday, March 23 near 42nd and Marion in Milwaukee.

The Waukesha Fire Department on Tuesday, March 22 was dispatched to Fisk Avenue Handmade Furniture – located on Grand Avenue near Broadway – for reports of a fire.