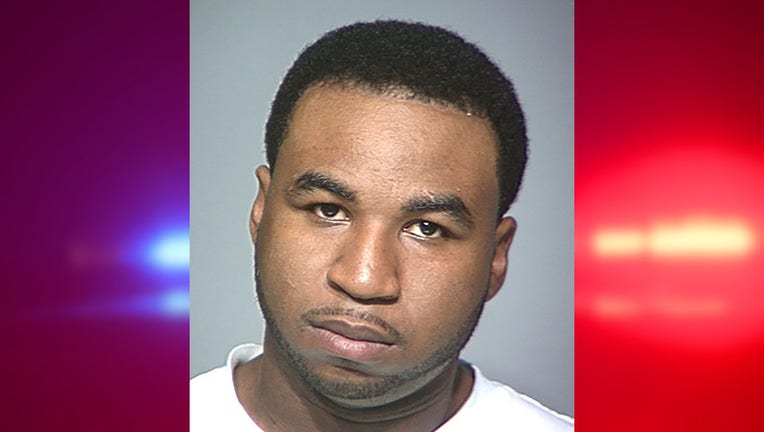 MILWAUKEE - A Milwaukee man is charged with two counts of first-degree reckless injury in connection to a New Year's Day shooting.

Prosecutors accuse Deante Johnson, 37, of shooting two people on Jan. 1. A warrant has been issued for his arrest.

Milwaukee police were called to a sandwich shop near Capitol and Sherman for a reported shooting. There, officers found Johnson lying shot inside the shop.

Police spoke to a woman, a criminal complaint states, who said she had gotten in an argument with Johnson at the sandwich shop. He pulled out a gun and began shooting. She crawled out of the business and called 911. The victim had six gunshot wounds, police noted. As a result, she had internal bleeding.

Across the street, police found a second shooting victim. The victim's sister told police, according to the complaint, that she "did what she had to do" to protect her brother and was scared. She later told investigators that she and her brother were in the sandwich shop when a man, since identified as Johnson, was "belligerent" and shot her brother during an argument.

The complaint states that Johnson and the male victim then began fighting on the ground. During that time, Johnson's gun fell to the ground, and the sister picked it up and shot Johnson because she "feared (Johnson) would hurt her brother."

The male victim later described to police, according to the complaint, that Johnson and others were arguing before he and his sister got involved. He also described being shot, going to the ground and the gun falling. He said he and his sister left the store, but denied his sister shot Johnson. Police said the victim had a gunshot wound to his shoulder blade and was taken to the hospital in critical condition.

Surveillance video from the sandwich shop corroborated the sister's version of events, according to the complaint.

Johnson told police he "could not remember much of the incident where he was shot," the complaint states. He said he remembered people raising their voices but not arguing and may have been arguing with a male and alleged that someone grabbed him. Johnson also told police that he remembered pulling out his gun and may have "pulled the trigger" accidentally. Johnson said he did not remember who shot him and did not recall shooting anyone.

A warrant was issued for Johnson's arrest on Jan. 18, court documents show. He is still wanted in connection to the shooting.