Two people were shot and injured on Milwaukee's south side Tuesday night.

Police said the double shooting happened near 9th and National around 6 p.m. A 28-year-old man and a 17-year-old boy were injured.

Both victims suffered multiple non-life-threatening gunshot wounds and were taken to the hospital for treatment. 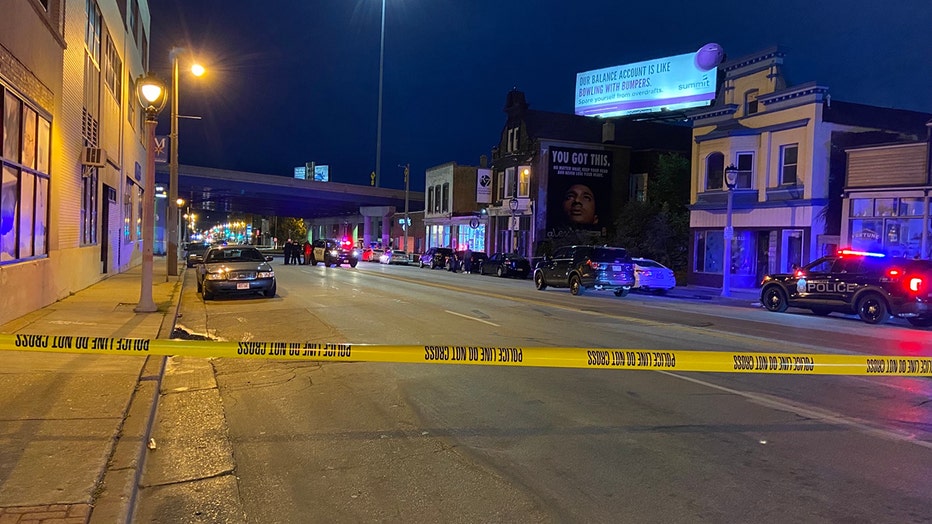 Milwaukee police at shooting scene near 8th and National.

Anyone with information is asked to contact the Milwaukee Police Department at 414-933-4444; to remain anonymous, call Crime Stoppers at 414-224-TIPS or use the P3 app.

The Milwaukee County Sheriff's Office has asked for help solving a homicide. A teen was shot and killed at Sherman Park in April 2021.