A Milwaukee man, charged in connection to a string of 2019 robberies, was sentenced to nine years in prison on Oct. 21.

MILWAUKEE - A Milwaukee man, charged in connection to a string of 2019 robberies, was sentenced to nine years in prison on Oct. 21.

Shawn Maholmes-Salinas, 27, pleaded guilty to two counts of attempted armed robbery with threat of force and one count of possession of a firearm by a felon. 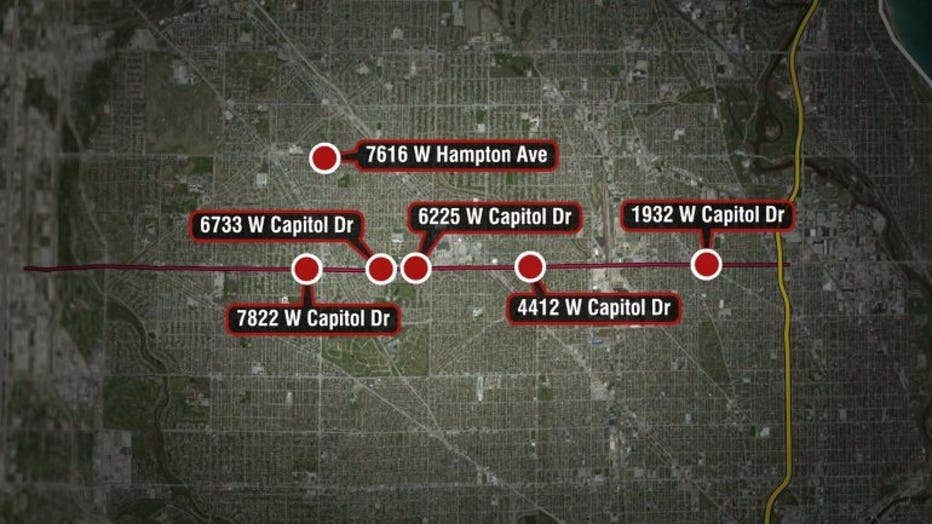 According to a criminal complaint, Maholmes-Salinas walked into the Wendy's allegedly masked and pointing a gun at workers inside the restaurant. He said, "Where is the safe? Open up the safe."

During this exchange, another Wendy's employee grabbed Maholmes-Salinas from behind "and put him in a bear hug." There was brief struggle before Maholmes-Salinas was brought to the ground, the complaint states. During that struggle, "the magazine fell out of the gun." Employees were able to get the gun away from Maholmes-Salinas and hold him until police arrived. Surveillance cameras captured the crime.

In addition to prison, Maholmes-Salinas was sentenced to 10 years of extended supervision. He was initially charged with five additional counts – including four counts of armed robbery with threat of force; those charges were dismissed but read in at his sentencing.

Two employees of a Native American addiction and counseling center have been sentenced on charges of embezzling more than $777,000 in federal funds.

The Milwaukee Police Department said a 17-year-old boy was shot and wounded near 2nd and Nash on Sunday night, Oct. 31.