MILWAUKEE - Milwaukee police are investigating after a group of young people attacked a street preacher near Riverside University High School.

The preacher was speaking against abortion as students were leaving the east side school on Monday, Sept. 13.

The preacher, Nicholas Heald, stood with a graphic sign, debating abortion with students. After nearly 30 minutes, the attack began – captured on Facebook Live and body camera.

"Have any of you ever seen an image of a murdered baby before? I hope none of you, no one in the school is considering this," Heald can be heard saying on Facebook Live.

Staff urged Heald to leave, heard in the video saying the students "don't want you here" and that he was "making the kids feel uncomfortable." 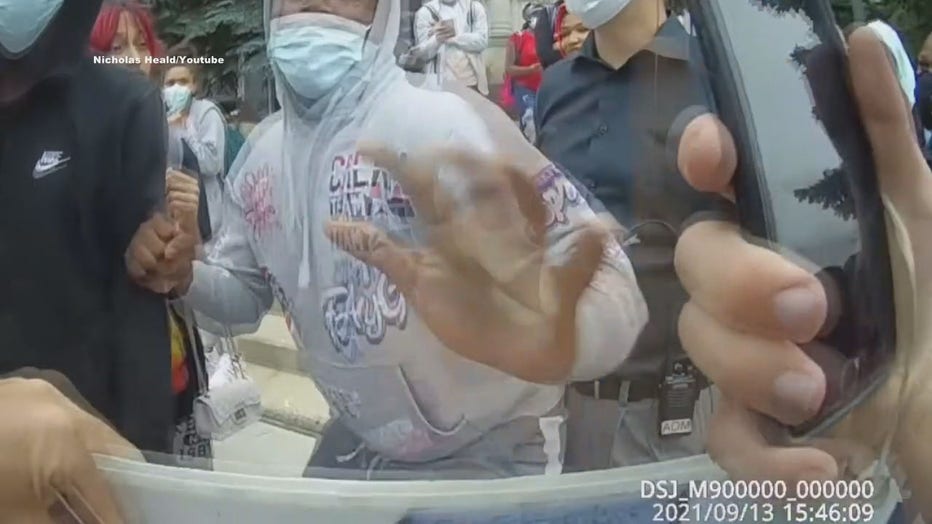 Students and Heald debated abortion. One student said in the video: "You're going to make a baby raise another baby? You don't think that's sick?" To which Heald replied, "We shouldn't murder people." The fight then began.

"I kept preaching to the students. Showing them, I wanted them to see I love them. I care about you, I love you," Heald told FOX6 News. "That’s why I am willing to get beat up or socked because I love you enough to give you the truth."

Police responded, and were heard telling Heald that what he was doing was a "risk." Heald said he was aware of that. He wants police to charge the boys, to teach them violence is not the answer.

"I forgive you. Jesus Christ can save you. I have no anger towards you for what happened," said Heald. "I have no bitterness towards you, because I was a criminal before God, before He saved me."

Milwaukee Public Schools told FOX6 they have no comment, as it is an ongoing police investigation. Milwaukee police said they are investigating the battery and seeking an unknown suspect – urging anyone to call with tips.

Three babies have been born to Afghan evacuees in recent days at the Fort McCoy military base in western Wisconsin, according to a Fort McCoy spokeswoman.

Milwaukee police are investigating a hit-and-run accident near 63rd and Capitol on Monday, Sept. 13.