MILWAUKEE (WITI) -- Milwaukee police are investigating a crash involving two squad cars that happened around 11:35 p.m. on Monday, May 18th in the intersection of N. 27th Street and W. Auer Avenue.

The four officers in both squad cars (two in each car) were taken to the hospital where they were treated for minor injuries and released. 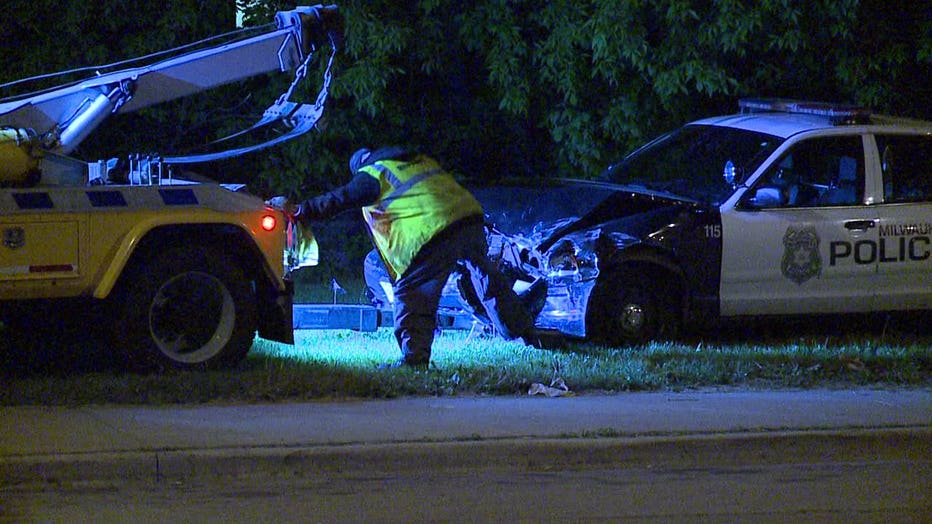