Milwaukee police shot an allegedly armed suspect after a pursuit on the city's north side.

MILWAUKEE - Milwaukee police said a 33-year-old man was shot and killed by officers after a police pursuit on the city's north side on Thursday night, Aug. 26.

According to MPD, officers spotted a reckless driver near 39th and North around 6:50 p.m. When officers attempted to conduct a traffic stop, the suspect fled and a pursuit ensued.

The pursuit stopped near 41st and Hadley when the suspect's vehicle crashed. The suspect then fled on foot, police said, and officers followed.

Police said the suspect had a gun, which was later located, and refused to drop it after several commands from officers. Two officers then fired their weapons at the suspect, striking him.

The suspect sustained life-threatening injuries and was taken to the hospital, where he died. No one else was injured. 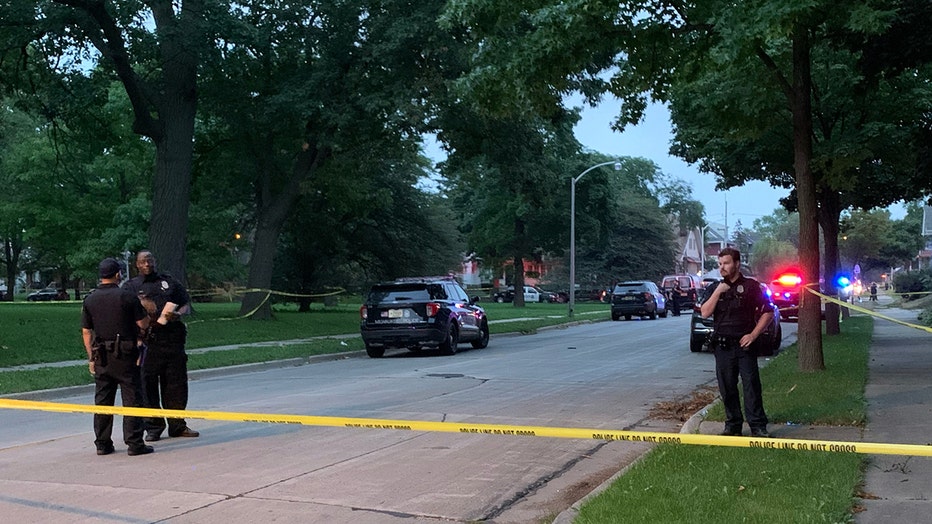 Milwaukee police at scene near Sherman and Locust on Aug. 26, 2021.

The Waukesha Police Department will be leading the investigation.

Ronald Schroeder is charged with homicide 30 years after the death of his daughter, Catherine, at a Greenfield apartment.

A Milwaukee man was shot and seriously injured near 25th and Burleigh after an argument that stemmed from a vehicle accident.