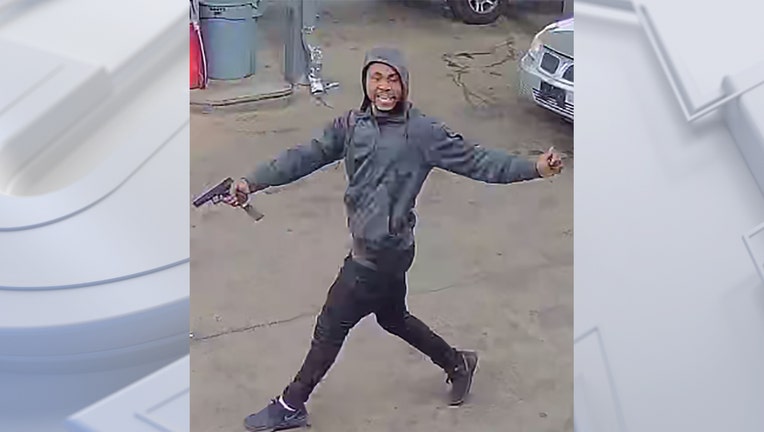 MILWAUKEE - The Milwaukee Police Department has asked for the public's help identifying and locating a suspect wanted for a Tuesday, April 20 shooting.

The shooting happened around 9:25 a.m. near 27th and Capitol. The victim, a 26-year-old man, was taken to the hospital with serious injuries and is in stable condition.

Police described the suspect as male, 20-25 years and African American. He was last seen wearing a dark-colored hooded jacket, black pants and black shoes. He was armed with a handgun.

The suspect fled the scene on foot, heading eastbound on Capitol. What led to the shooting remains under investigation.

‘Staples of the community:’ Memorial grows for Somers shooting victims

Rakayo Vinson, 24, appeared in court on suspicion of first-degree intentional homicide for the early Sunday shooting at the Somers House Tavern in the Village of Somers that left three men dead and three others wounded. Loved ones of the victims said they're&nbsp;heartbroken and at a loss for words.&nbsp;

Two people were taken to the hospital with non-life threatening injuries following a police pursuit and crash.