Incident overnight near protests at District 5

Incident overnight near protests at District 5

MILWAUKEE -- Two groups of protesters became one on Wednesday night, June 3 in Milwaukee -- the sixth consecutive day of protests over the officer-involved death of George Floyd in Minneapolis. In the early morning hours of Thursday, June 4, tensions between police and demonstrators became intense outside Milwaukee Police Department District 5 -- located near MLK Drive and Locust Street. During the incident, police said two officers and a citizen were struck by a hit-and-run driver.

Around 3 a.m., local law enforcement brought in armored vehicles in an effort to disperse the crowd -- pushing their way east down Locust.

That's when protesters started to throw glass bottles and firecrackers. At one point, a FOX6 crew on scene heard gunshots, as well. A FOX6 crew on scene also saw people running, multiple minor car crashes at the intersection of MLK and Locust -- and officers deploying smoke or gas. They pushed the crowd down MLK and they broke up at Center Street. Eventually, a lot of the crowd fled the area. 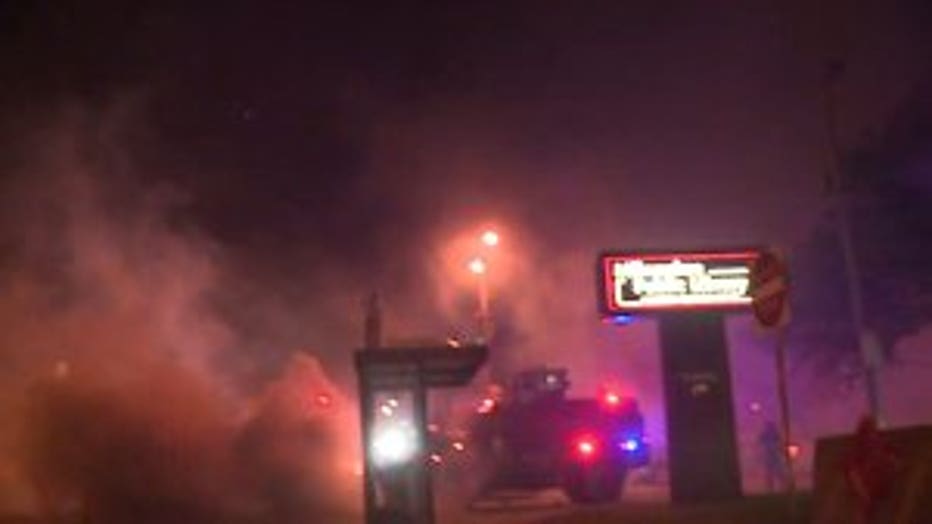 Police said just after 3 a.m., two Milwaukee police officers and a Milwaukee man, 27 who was being arrested near MLK and Locust were struck by a hit-and-run driver.

The officers fell to the ground, and police said the 27-year-old man was dragged under the vehicle for several feet. He was seriously hurt and taken to the hospital, where police said he was listed in stable condition. 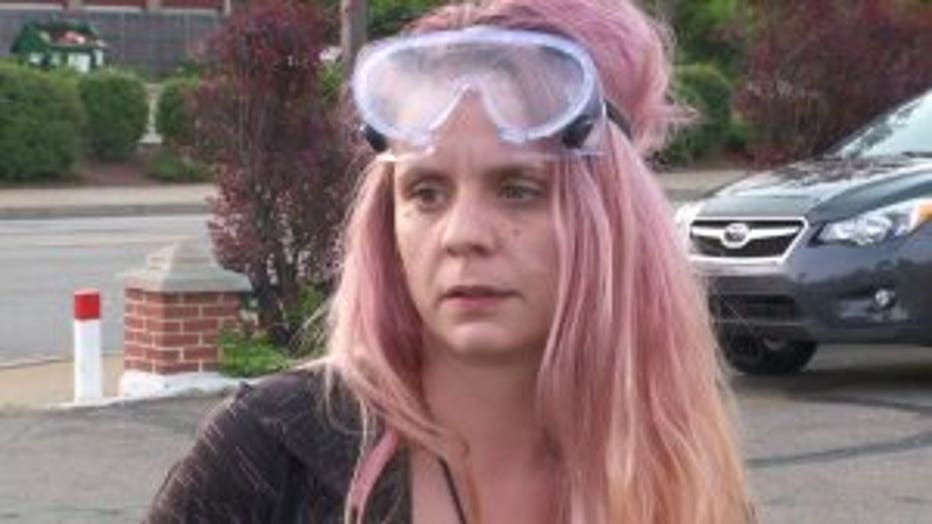 Witnesses said the crowd was peaceful.

"Force isn't needed," said Samantha, protester. "We were not harming anybody."

"It seems like all police know how to do is escalate," said Brian, witness. 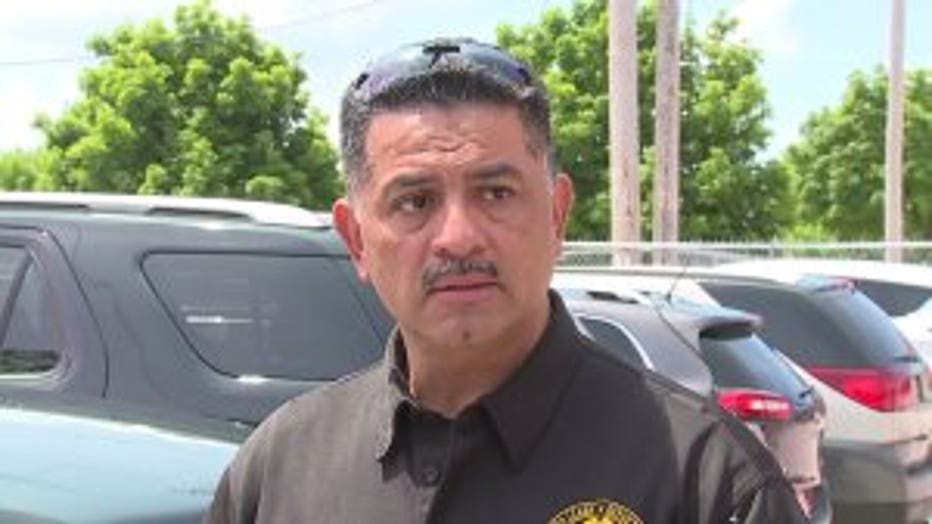 Milwaukee Police Chief Alfonso Morales, who took part in a peaceful march through the community with residents Thursday -- the seventh straight day of demonstrations after Floyd's death on May 25 -- disputed that.

"We did not take action outside District 5 until shots were being fired within the crowd," said Chief Morales.

Chief Morales said prior to those shots being fired, eggs were thrown at officers on the front lines.

"The things occurring at night are not protests," said Chief Morales. "They are riots. It's looting. It's criminal behavior."

Joining members of Unity Gospel House of Prayer for the walk Thursday afternoon, Chief Morales spoke with the Wisconsin League of Martin along the route.

"We've been trying to do this for the past few days," said Chief Morales. 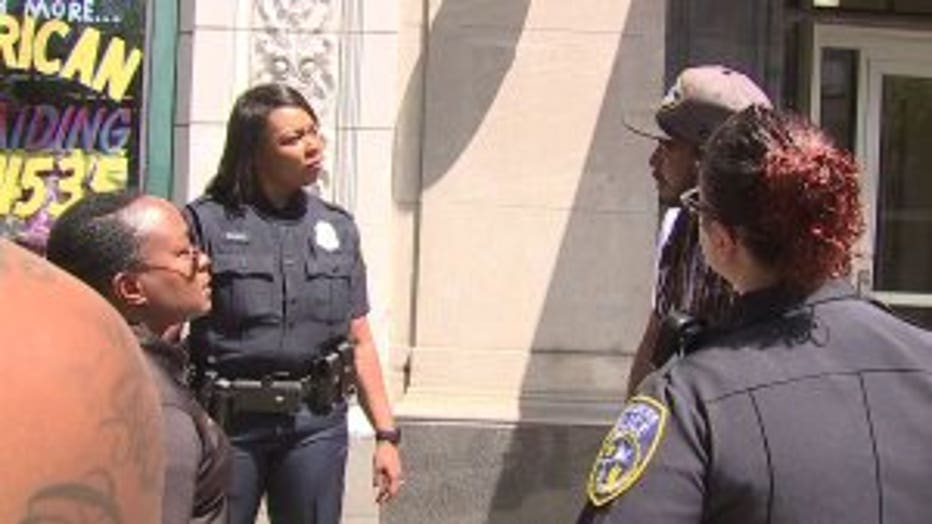 "We do not condone police brutality in any form or fashion," said a Wisconsin League of Martin member.

As they made their way to Gee's Clippers, they ran into Milwaukee activist Frank Nitty -- who's been organizing relatively peaceful protests in Milwaukee.

"I want him to walk with me," said Nitty. "I want to show the City of Milwaukee stands behind these injustices."

Nitty accused the Milwaukee County Sheriff's Office of using excessive force against him during his arrest on the Hoan Bridge. He was treated for lacerations -- and questioned the tactics used by police. 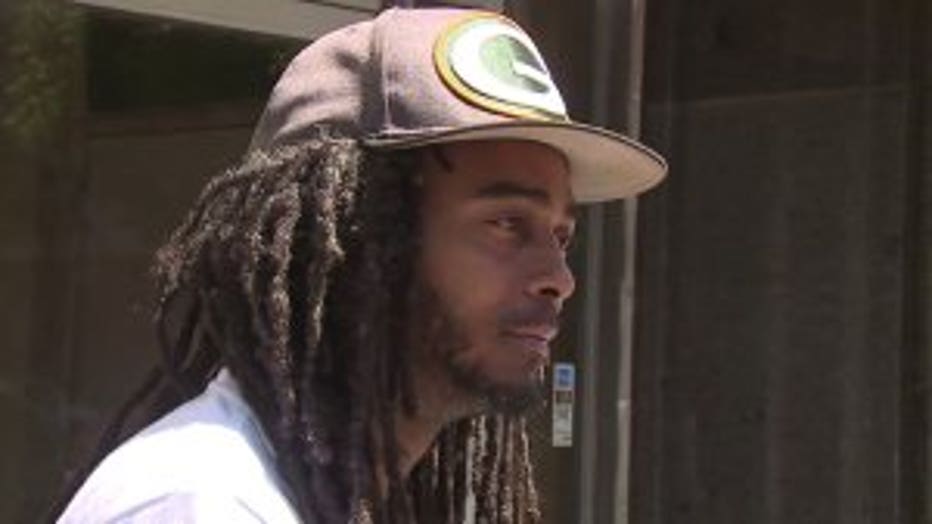 "One of these young ladies got shot in the face with a rubber bullet -- 15-year-old -- a little black girl," said Nitty.

Nitty offered an open invitation for law enforcement to join him at a demonstration.

"If you are going to go on TV and say you stand for these injustices than come out here and stand with us," said Nitty. "Help us keep it safe."

The first group started at Humboldt Park near Howell Avenue and Oklahoma Avenue on Milwaukee's south side Wednesday afternoon, and later marched up the 16th Street Viaduct and down Wisconsin Avenue.

The second group started at Gordon Park in Milwaukee's Riverwest neighborhood, and later marched to Oakland Avenue and North Avenue, down Van Buren Street and Brady Street, and up to the area near 6th Street and Wisconsin Avenue.

In addition to Cathedral Square, the group planned to stop at the Milwaukee Police Department Police Administration Building in downtown Milwaukee and at Veterans Park along the lakefront.

The march was forced to reroute as bridges were up along the planned demonstration route.

On Wednesday evening, the group stopped near 6th and Wisconsin -- where organizers again encouraged people to be peaceful.

Later in the evening, they made their way to the lakefront -- eventually marching up Water Tower Road.