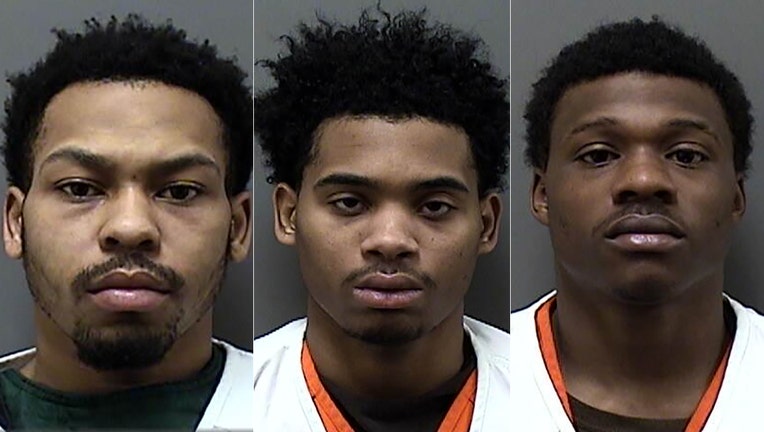 RACINE COUNTY, Wis. - Three Milwaukee men were arrested after a pursuit ended in a crash on I-94 in Racine County Friday, Feb. 25.

Sheriff's officials identified the men as Lavell Payne Jr. 20, Stephon Davis, 18 and Isaac Greer, 20. Payne is the alleged driver, according to the RCSO. Charges of fleeing eluding and recklessly endangering safety were referred against Payne. All three could face drug and weapons charges.

This happened around 2 p.m. Friday on I-94 near the State Highway 20 exit. Sheriff's officials say the vehicle Payne was driving was pulled over and the deputy smelled marijuana. As a second deputy arrived, the vehicle fled south on I-94, reaching speeds up to 100 miles per hour, exiting at State Highway 20.

Stop sticks were deployed and the vehicle's tires deflated, leading the vehicle to end up in the ditch line on the State Highway 20 on-ramp.

That's when officials say Payne took off running across the interstate before deputies caught up to him and took him into custody. The other two were arrested at the scene.

A search of the vehicle revealed a loaded Glock handgun, 20 grams of marijuana and drug paraphernalia.

West Allis police said a man was stabbed near 70th and Becher and taken to the hospital Wednesday night. The victim is expected to survive.