In his first sit-down interview since the election, he answered our questions about how he plans to deliver.

It won't be Cavalier Johnson's first fight of the week.

Johnson at the podium as he ended his election night speech: "Let's get to work!" 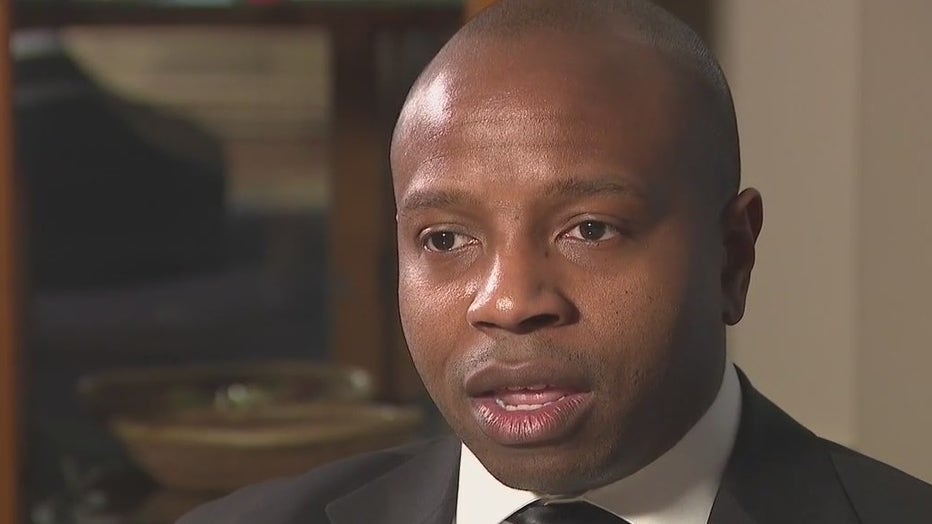 We put him to work the next day in a sit-down interview about his plans for Milwaukee's big issues.

"It’s the biggest quality of life concern that people of Milwaukee have," the mayor said.

"Reckless driving is a crime of opportunity. And so if we stop the opportunity from being there, if we have updated infrastructure, curb extensions, bump-outs and bus bulbs and actually protected bike lanes that protect bicyclists but also inhibit people from driving recklessly, those are the things we can use to stop the issue," he said.

Then there are those who wish – this never would have started.

Under the previous administration, FOX6 Investigators uncovered a plan to spend $330 million on Hop expansions.

"We’re not taking money that otherwise would be invested in police or used for violence prevention or things like that," he said.

Johnson says transportation improvements will encourage economic growth, and so would the RNC if Milwaukee gets to host.

"That’s going to be 200 million dollars roughly of economic impact in the city and in our region," he said. "I want the eyes of the world to be on our city."

The eyes of Milwaukee are on Johnson, especially when it comes to law enforcement.

Last week, police arrested Johnson's brother who is accused of a January shooting.

"Are you concerned that MPD requested a search warrant for the house that your brother was found in - DA declined to approve?" asked FOX6.

"I fully support the police and the district attorney doing whatever they have to do to bring justice to the community if it’s been harmed by anybody, including a member of my own family," he said.

The DA’s office says there wasn't enough evidence for a warrant.

Johnson uses the situation to highlight the parts of the city he wants to focus on.

Johnson has two years to deliver on his promises before the next election.

He says he's not afraid of a fight – in or out of the office.

"It’s the first Smackdown after Wrestle Mania. I’ll be there," he said.

Johnson also talked about his childhood and what it's like to be one of the youngest elected mayors...

"Last night, at my victory party one of the first people I spoke to was a 9-year-old Black boy. A 9-year-old kid who grew up who is growing up in the same neighborhoods I grew up in," Johnson said. "I happened to see him at Church at Holy Redeemer this past Sunday, and he begged his grandmother to bring him down to the victory party because he wanted to be a part of that."

Johnson grew up near 19th and Center. He understands first-hand the challenges young people face in the 53026 zip code.

"Now, that little boy who’s growing up in the most depressed, challenged neighborhoods in Milwaukee, he can see that there’s a space for him too," he said. "Even in the highest office, in city government, he can see his own reflection here. That’s powerful. And that’s the message I want these young black boys, and young black girls, young brown boys and young brown girls to take with them every single day. That they can do this too."

A tied election in Delafield was settled Thursday when the winner's name was pulled from a box.