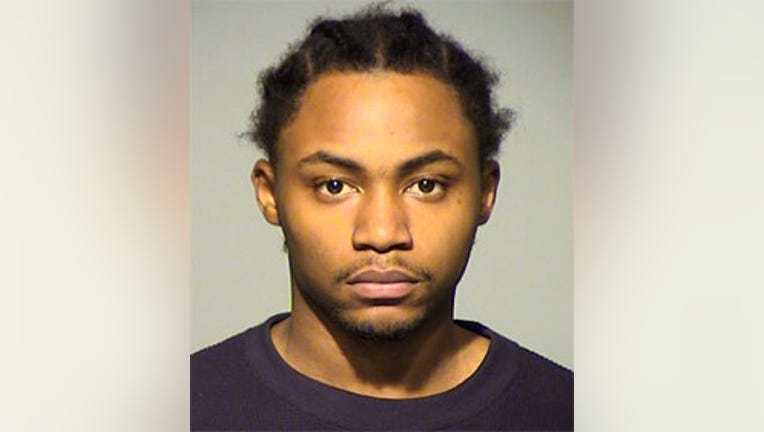 MILWAUKEE (WITI) -- 19-year-old Jaquan Howard of Milwaukee is facing one count of felony murder and one count of possession of a firearm by a felon in connection with the shooting death of Terreonte Henry-Boston.

Henry-Boston was shot and killed on March 26th in an alleyway near North 69th and Ruby. He sustained two gunshot wounds to the back and was pronounced dead at the scene.

According to the criminal complaint, Howard allegedly shot and killed Henry-Boston while attempting to rob him and another individual. The complaint indicates Henry-Boston was sitting inside a green vehicle with Larrell Williams when they were approached and robbed by Howard.

Williams told police he and Henry-Boston talked for approximately ten minutes before they were approached my a man, later identified as Howard. Howard was allegedly wearing a black mask and carrying a semi-automatic handgun.

The complaint indicates Howard reached over and turned off the vehicle and then began to go through Williams' pockets. Williams told police Howard took approximately $700 from his pocket. Howard also took the title to the vehicle and his driver's license, according to the complaint.

At that time, Williams says he heard two gunshots and then observed Henry-Boston on the ground and observed Howard running across the alley.

After the shooting, Williams told police he ran into his residence, told his mom to call 911 and then armed himself with a 9mm handgun. Larrell Williams is facing one count of possession of a fire arm by a felon in connection to the incident.

According to the Medical Examiner, Henry-Boston died as a result of two gunshot wounds to the back.

If convicted on all counts, Jaquan Howard could face up to 65 years in prison and $25,000 in fines.