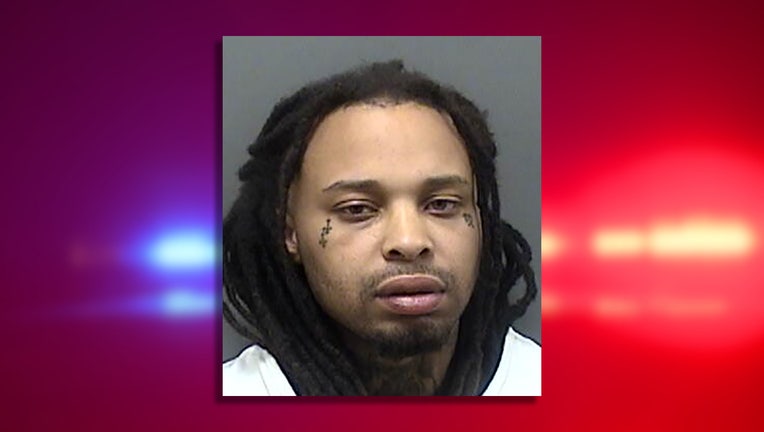 RACINE, Wis. - Joshua Mitchell, 26, of Milwaukee has been charged after prosecutors say he gave police a fake name, struck a squad car and led officers on a pursuit in Racine.

The incident unfolded on Monday, Nov. 23 around 7 p.m. Racine police were dispatched to the area of 20th and Taylor for a suspicious person report. When police responded and approached the man, he identified himself as "Jordan K. Mitchell" and spelled the first name as such.

After repeated orders to exit the vehicle, police said Mitchell did not comply. When an officer grabbed and opened the driver's side door, the complaint states that Mitchell pulled it shut and fled -- striking one of the responding officer's squad car.

Two other officers then pursued in their squads as Mitchell fled northbound. The complaint states that Mitchell reached speeds as high as 75 miles per hour during the half-mile pursuit.

Mitchell eventually pulled into a parking lot where, the complaint states, he struck three parked cars, disabling his vehicle. He then fled on foot through the parking lot.

One officer got out of his car and drew his gun, chasing Mitchell on foot and ordering him to get on the ground. The complaint states that Mitchell bent over and said "shoot me" repeatedly before eventually complying with officers' orders. He was taken into custody and found to be in possession of a stolen handgun.

A preliminary hearing in the case has been scheduled for Dec. 2.

Mitchell has a conviction history that dates back to 2012, and was convicted most recently in 2015 for bank robbery in Rockford, Illinois.

US Marshals seek Demetrius Brown, on the run for nearly 9 months

The U.S. Marshals Service is searching for a Milwaukee man who shot the father of his nieces after an argument.

Officers at the park located 21 spent shell casings and one live round in the parking area.