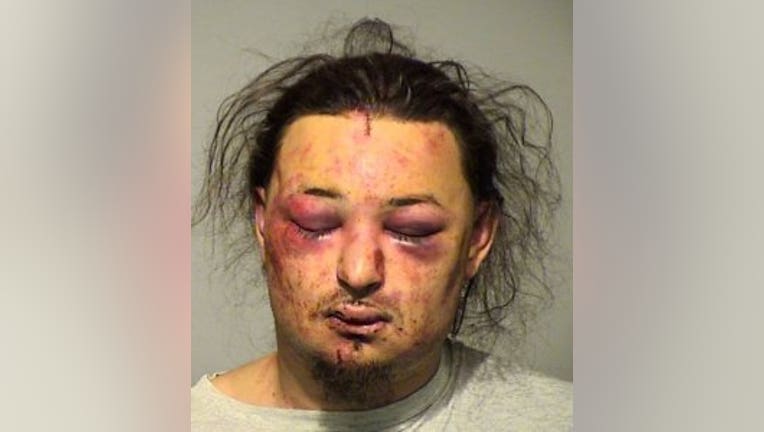 MILWAUKEE -- A Milwaukee man is facing battery charges for allegedly attacking his pregnant girlfriend. The incident occurred late Sunday night, November 13th at a residence near 91st and Mill Road.

The accused is 22-year-old Hector Acevedo. He is facing the following charges:

According to the criminal complaint, the attack occurred after Acevedo's pregnant girlfriend told him to leave her residence. This, after she saw text messages between Acevedo and another woman on his phone.

During the attack, Acevedo allegedly pulled the victim off the couch by her legs, and kicked her in the head and stomach. He then pushed down a TV and threw a chair through a window before picking up a blunt object and hitting the victim's vehicle multiple times.

The criminal complaint doesn't mention how Acevedo received the injuries visible in his mugshot.

Milwaukee police tell FOX6 News there was a four-hour window between when the alleged battery attack happened and when Acevedo was found.