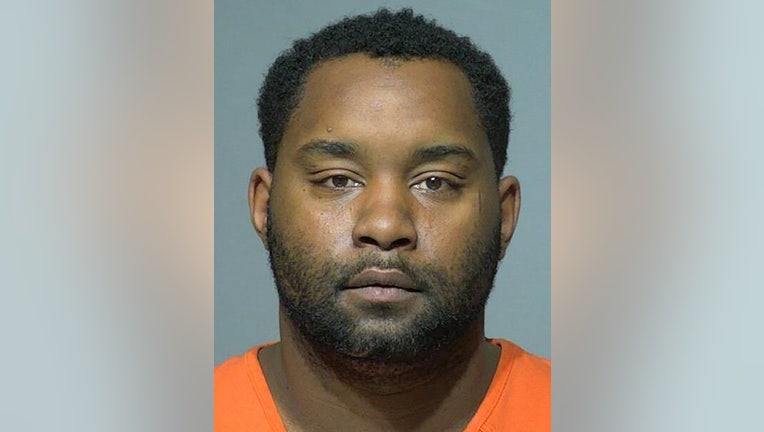 MILWAUKEE - A 30-year-old Milwaukee man is charged with making terrorist threats. The accused is Christopher Thurmond.

According to the criminal complaint, a Milwaukee County District Attorney's office staff member received several phone calls on Nov. 30, 2021 from the defendant. The complaint said "on the last call, Thurmond threatened that he had bought a bus ticket to Milwaukee and was going to smash squad windows because he was unhappy with the charging decision on a case in which he was the victim."

An investigator called Thurmond at the number provided. The defendant answered and stated to the investigator "he had just bought a new baseball bat saying, 'I'm busting out one of y'all patrol car windows' and that he was upset" with the district attorney's office for refusing to issue felony charges against a person who he claimed victimized him, the complaint says. When the investigator asked Thurmond how he felt breaking squad windows would help his case, the defendant replied, "It ain't, I'm harassing y'all, I'm harassing y'all, and I'm fitting to make a step forward in my harassment against y'all."

A couple of hours later, the investigator called Thurmond once more. The complaint says the defendant stated "when he comes to Milwaukee he will get involved in a shootout with the person who allegedly victimized him" -- and "I have a gun, I have a gun. I don't have that many bullets but I can save up and get me some more and just terrorize y'all one day," the complaint says. The investigator then asked, "You're telling me you want to come in this building and shoot it up?" The complaint says the defendant stated, "Yeah, I am just really, when I get off the bus, yeah, am just get to blowing at you all (expletive)." Thurmond also stated, "As a military personnel, I have the complete intention of hurting one of you all," the complaint says.

According to the complaint, there were several other threats made by Thurmond to staff at the Milwaukee County District Attorney's Office.

Online court records show a criminal complaint was filed in this case on Dec. 1, 2021 – and also indicate Thurmond is due back in court on April 19. If convicted on the charge, Thurmond faces up to three-and-a-half years in prison and $10,000 in fines.

A wholesale fish dealer from Platteville has been convicted of illegally selling invasive carp. The case is the first-ever in Wisconsin involving the illegal sale of Asian carp.