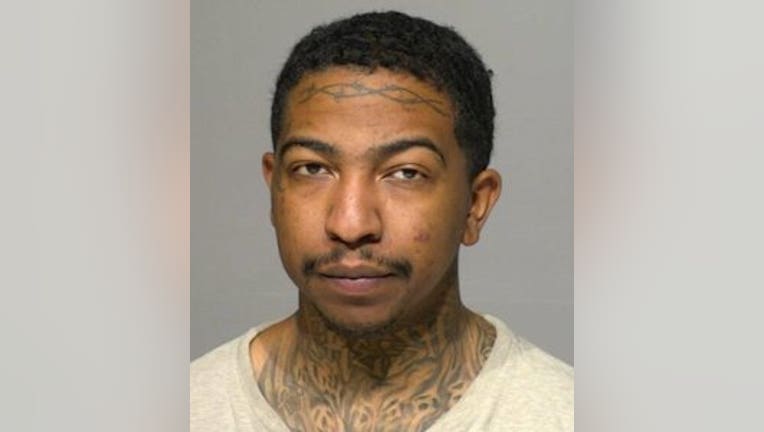 MILWAUKEE -- A 29-year-old Milwaukee man is accused shooting a man while in a vehicle -- and then driving off with a 2-year-old boy in the back of the car. The accused is Joshua Christian -- who faces the following criminal counts:

According to the criminal complaint, police were dispatched to Froedtert Hospital on Jan. 7 regarding a shooting victim. The victim suffered a gunshot wound to the back of his head. The complaint says he indicated to officers that he called Christian "because the defendant owed him $40 and because (he) wanted him to convert and reprogram a Fire Stick."

The victim told police he drove with his girlfriend and her 2-year-old nephew to Christian's house on W. Spencer Place in Milwaukee. Christian "entered the vehicle and sat in the rear seat behind the driver, (the shooting victim), and next to the 2-year-old," the complaint says. Moments later, the complaint says Christian was supposed to hand the victim's girlfriend $60, but during the process of the transaction, the victim "heard a gunshot and his head was violently pushed forward." The victim saw his girlfriend "screaming hysterically and then frantically exit the vehicle." The victim told police he saw Christian pointing a hand at the back of his head, decided to flee the scene and "heard 2-3 more gunshots." The victim indicated he made it to a "nearby store and was driven to the hospital by his mother."

The complaint says the girlfriend of the victim told police Christian drove away with the 2-year-old boy still inside the vehicle.

According to the complaint, officers were later dispatched to the Walmart near 70th and Main. A caller "stated that a man had intentionally left a child at the store." Officers located the child "as well as surveillance video depicting the suspect and the child as well as the suspect vehicle."

Two days later, on Jan. 9, the complaint says police spotted the vehicle involved in this incident near 48th and Chambers in Milwaukee. They "observed the vehicle to have a single bullet hole strike to the front driver's side window. Officers also observed a liquid substance in the front interior and a bottle of bleach on the ground outside the vehicle."

The complaint says officers also spoke with a friend of the defendant. That person "told police that the defendant admitted to shooting (the victim) and taking the vehicle with (the 2-year-old boy) still in it."

Christian made his initial appearance in court on Tuesday, Jan. 14. The court set cash bond at $50,000 -- and scheduled a preliminary hearing for Christian on Jan. 21.