A 24-year-old Milwaukee man is charged in connection with the death of a 9-month-old child.

MILWAUKEE - A 24-year-old Milwaukee man is charged in connection with the death of a 9-month-old child. The accused is Anthoni Cirra – and he faces the following criminal counts:

"I don’t understand the habitual part of it because A) I didn’t do this, what I’m being accused of, but at the same time, I’ve never been charged with any sort of crime like this my entire life," said Cirra.

According to the criminal complaint, on the morning of Thursday, July 7, a 9-month-old boy was admitted to the emergency department at Children's Wisconsin. The child was unresponsive and not breathing on his own. Officials say the child's injuries were "life-threatening and highly concerning for child physical abuse."

Investigators interviewed the mother of the boy. They learned the defendant helped the mother and the child's father obtain jobs at his place of employment. On July 6, "Cirra was off of work and volunteered to watch (the child)" while the parents were at work, the complaint says. On that date, Cirra picked up the mother and father of the child between 8 a.m. and 8:30 a.m. Cirra was provided a diaper bag full of diapers, clothes, baby wipes and formula for the child. Cirra drove the couple to work -- and then returned to his home to care for the child. 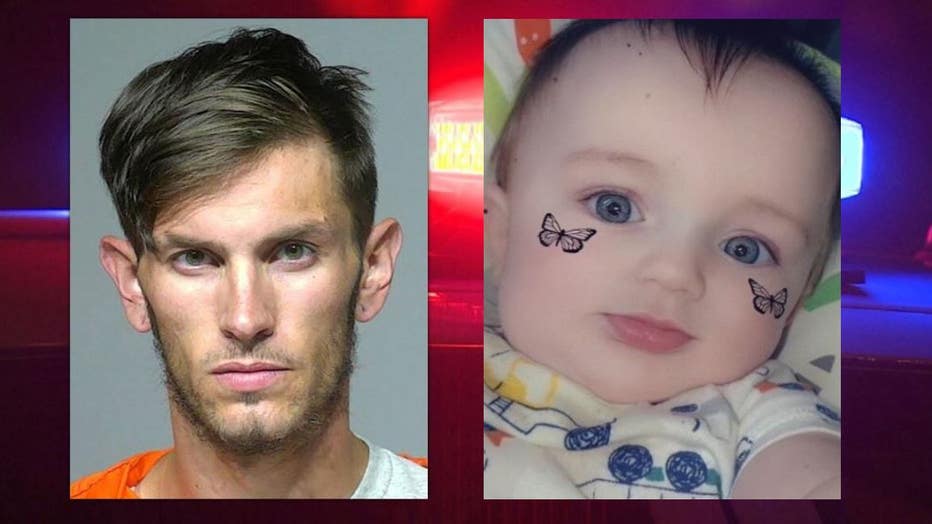 Throughout the evening of July 6, the child's mother attempted to interact with the 9-month-old. He "remained lethargic and nonresponsive" and his "breathing became worse," the complaint says. When the mother grew more concerned, she indicated she wanted to take the child to the hospital, and the complaint says Cirra told her she was overreacting.

When detectives informed Cirra of the severity of the child's condition and the fact that the child would likely die, Cirra "admitted to bouncing (the child) on his knee and holding (the child) above his head but continued to deny abusing (the child)," the complaint says.

In an interview with police on July 8, "Cirra claimed that he dropped the car seat holding (the child) on the front porch steps. The car seat landed on its side at the bottom of the steps, but (the child) was not injured and appeared fine. (This would be the first time Anthoni Cirra ever disclosed a fall)," the complaint says.

The Milwaukee County Medical Examiner's Office conducted an autopsy. The criminal complaint says the child's "injuries are consistent with sustaining blunt force trauma to the head."

"In talking to me, he appears to be in shock that any of this happened," said Michael Cerniglia, defense attorney.

Cirra made his initial appearance in Milwaukee County court on Tuesday, July 12. Cash bond was set at $50,000.

Both of the child's parents were also taken into custody. The Milwaukee County District Attorney's Office said charges against them are pending review.

FOX6 News has spoken to multiple members of the baby's extended family who said they do not have any comment at this time.