MILWAUKEE - Vehicles driving on the front lawn of a Milwaukee high school have been caught on camera multiples times this week.

"It’s scary. My son is a freshman, and (it) kinda almost clipped him both times," said parent Becky Sodowsky.

Milwaukee Public Schools has several measures in place to prevent vehicles from driving on the Marshall High School lawn. During a virtual news conference, officials explained that metal poles and some boulders have been installed to prevent driving on the grass. The measures likely "will be in place as long as we feel they are necessary."

"To me, it seems they are handling it the best way they can. I just wish MPD would get involved a little more," Sodowsky said. 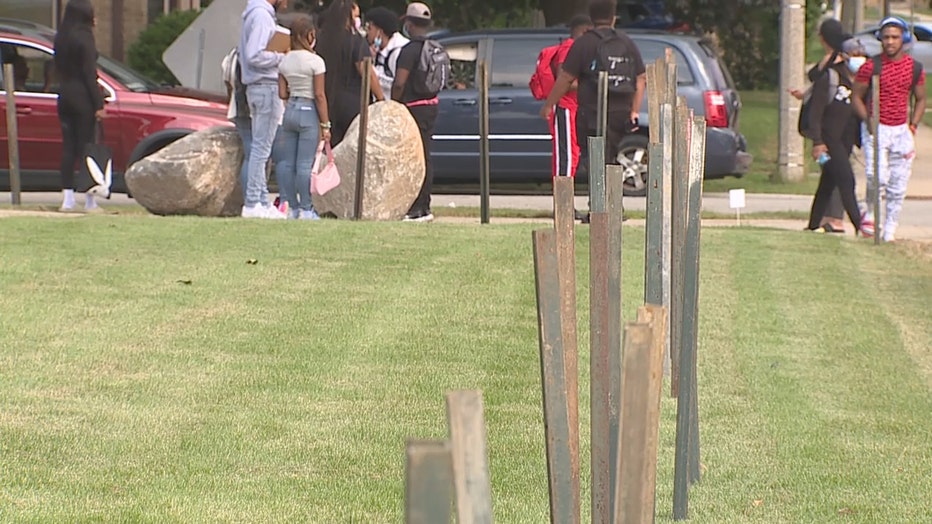 Milwaukee police were visibly present outside Marshall High School for Thursday's dismissal. The school year started Monday, but vehicles have been driving on the lawn nearly every day since.

"My neighbor and I were in the alley talking. All I could hear is tires screeching, just back and forth up and down the street wondering what it was, and we didn't discover what it was until after we heard it on the news," said neighbor George Anderson.

Neighbors, like Anderson, are concerned that the reckless driving that plagues the city continues to only get worse.

"All this recklessness, stop, it really should. The kids don't get it, they need to get it. so it's just out of hand," Anderson said. "A lot of the city leaders need to step their game up, make the penalties harsher for the kids so they can learn. Because they won't learn, they don't care about their life and nobody else's." 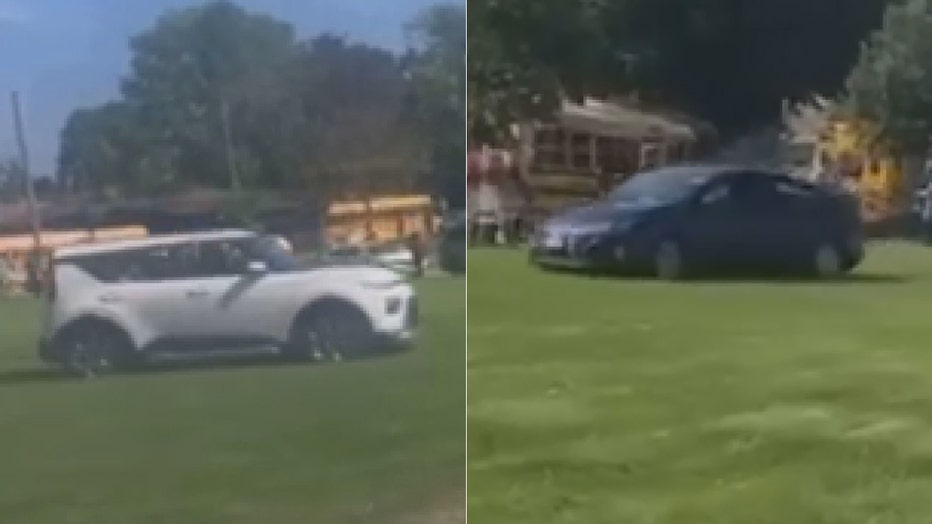 FOX6 reached out to the Milwaukee Police Department. They said they recovered one vehicle involved in the incident, which turned out to be stolen. They said they are still looking for the suspects involved.

In a statement Milwaukee Public Schools said, in part:

"The district is working with school safety and the Milwaukee Police Department on an increased presence to help prevent more of these incidents from happening outside school buildings. School leaders have notified families and will continue to encourage students to remain vigilant while moving swiftly to and from school."

In the meantime, neighbors are left frustrated.

"They don't get it. They need to slow down. Think about their own life, their own family. They don't. I don't know what it's going to take," said Anderson.

Anyone with information is asked to contact the Milwaukee Police Department at 414-935-7272; to remain anonymous, call Crime Stoppers at 414-224-TIPS or use the P3 tips app.